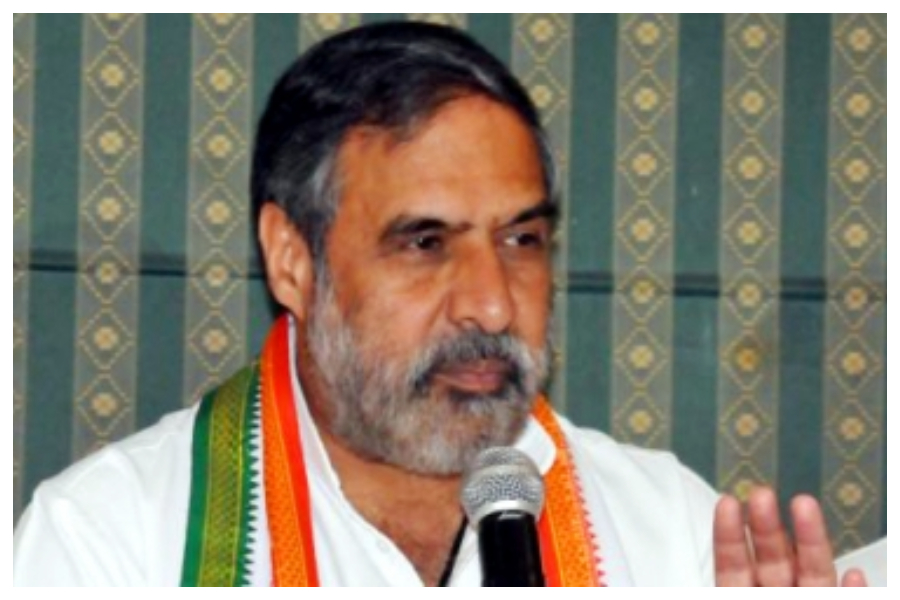 Chairman of Parliamentary Standing committee on Home Affairs Anand Sharma has written a letter to Home Minister Amit Shah urging him to enact a law to curb hate speeches.

The letter written on Wednesday says, “It is requested that the Home Secretary be advised to sensitise the Chief Secretary (CS) and DGP to take prompt and firm action to enforce law and secure order. Further, the government may consider a legislative action, including amendments in the IPC and the CrPC.”

He said hate speech is being used to spread enmity and disharmony among religion, caste and ethnicity.

The letter was written in the wake of recent hate speeches in Haridwar where Supreme Court has taken cognizance and after the intervention the Uttarakhand Police arrested some of the accused.

The Supreme Court on January 12 issued notice to the Uttarakhand government on a petition by journalist Qurban Ali and former Patna High Court judge Anjana Prakash, seeking action against those who made hate speeches against the Muslim community at Dharam Sansad in Haridwar.

Three Army veterans have also moved the Supreme Court seeking a direction to constitute a special investigating team (SIT) to probe the alleged hate speeches made at Haridwar and Delhi last month.

The hate speech was reportedly made during an event in Haridwar held from December 17 to 20. Video clips of the event, circulated on social media, says that “Hindus should arm themselves like those seen in Myanmar, every Hindu must pick up weapons and conduct a Safayi Abhiyan.”

The event was organised by Yati Narasimhanand, a controversial religious leader who has been accused in the past of inciting violence.

Battle for UP: Ex-SP Minister sacked for sharing dais with Chandra Shekhar

‘Amar Jawan Jyoti is not being extinguished, but merged’: Govt sources seek to clarify 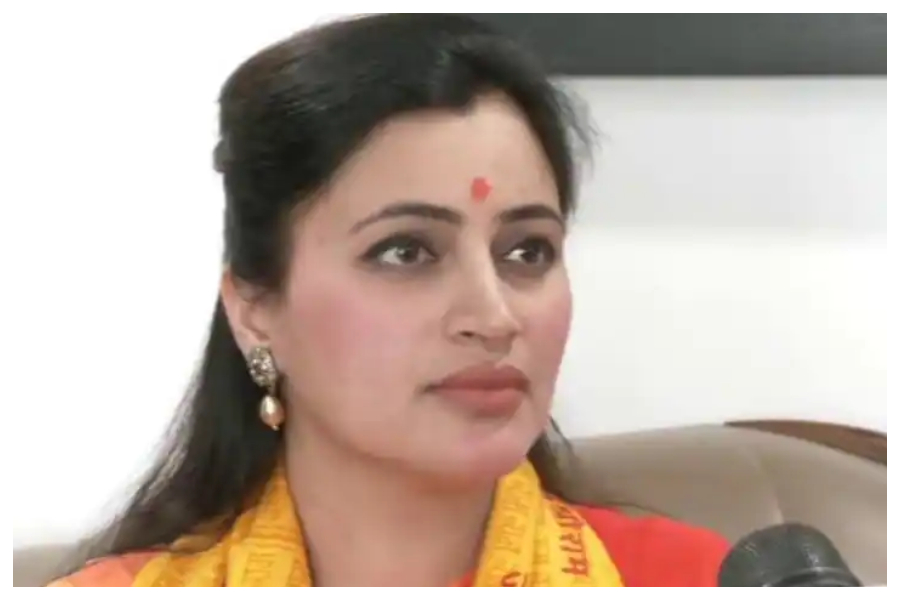 Delhi Police has registered an FIR against an unknown person for allegedly issuing death threats to Member of Parliament Navneet Rana, an official said on Thursday.

“An FIR has been registered at the North Avenue police station under sections 506 (punishment for criminal intimidation) and 509 (word, gesture or act intended to insult the modesty of a woman) of the Indian Penal Code,” Deputy Commissioner of Police (New Delhi district) Amrutha Guguloth said.

Rana’s Personal Assistant, Vikas Goswami, in the complaint, alleged that the parliamentarian received 11 calls on Tuesday in which the caller threatened her of dire consequences if she ever recites Hanuman Chalisa or comes to Maharashtra.

“The caller spoke to her very rudely and in a very inappropriate manner. He abused her, threatened to kill her and said he won’t allow her to enter Maharashtra,” the complaint lodged in Hindi read.

He further wrote that MP Rana was extremely disturbed and scared after several threatening calls.

Meanwhile, the Delhi Police has started probing the matter, and call detail records of the parliamentarian are being examined. Simultaneously, the NCP has decided to renominate senior leader Praful Patel for one seat, while the Congress is yet to announce its candidate.

With Sena filing nominations for two seats, the fate of Yuvraj Chhatrapati Sambhajiraje is not clear, as he had planned to contest the RS polls independently with support of all other parties.

There are indications that Sambhajiraje may withdraw from the contest and he is likely to announce his decision here on Friday.

Speaking to mediapersons after submitting their nomination papers, Raut said that both the RS seats “belong to the Sena” and the party would bag them comfortably.

To a question, Raut said even if the Bharatiya Janata Party (BJP) fields a third candidate, the Sena nominee would win as it has “more than the required number of votes”.

The RS elections will fill up the vacancies by six retiring members — one each from ruling (MVA) allies, Shiv Sena (Sanjay Raut), NCP (Praful Patel) and Congress (P. Chidambaram), and three from the BJP Dr. Vinay Sahasrabuddhe, Piyush Goyal and Dr. Vikas Mahatme.

This time, given the re-alignment of the legislature after the 2019 Assembly elections, the BJP can win only two of the three seats it holds, the MVA can win their three seats, and Sena is now contesting the third seat held by the BJP.

The electoral college comprises the 288 MLAs and a candidate must get 42 votes to win a seat in the Upper House of Parliament.

On the Opposition side, BJP has 106 with other smaller parties/groups two and five Independents. 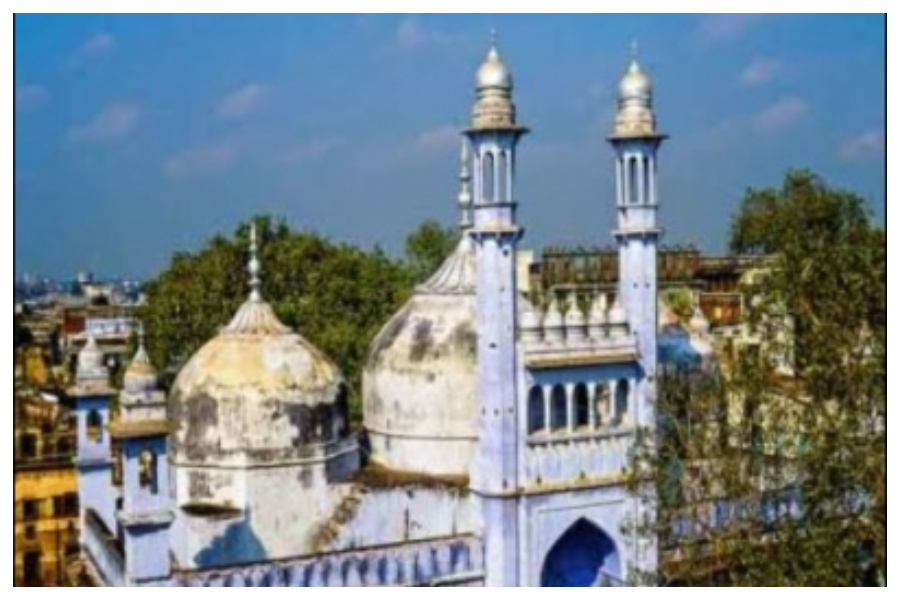 The Muslim petitioners on Thursday questioned the maintainability of the Hindu side’s plea in the Gyanvapi dispute case.

As hearing began in the court of District Judge Dr A.K. Vishvesha, the Muslim lawyers cited the Places of Worship Act 1991 and claimed that the petition was not maintainable.

Abhay Yadav, the lawyer for the Muslim side, said that rumours of a ‘Shivling’ being found inside the mosque were being deliberated floated to create confusion.

He contended that the ‘Shivling’ had not yet been established by court and the court should put an end to such rumours.

Meanwhile, Vishnu Jain, lawyer for the Hindu petitioners told reporters outside the court that holes had been drilled into the ‘Shivling’ to make it look like a fountain.

Only 36 persons, including the lawyers were allowed inside the court where hearing was heard under tight security.

Hearing will continue in the case on Monday when Hindu petitioners will put up their arguments.