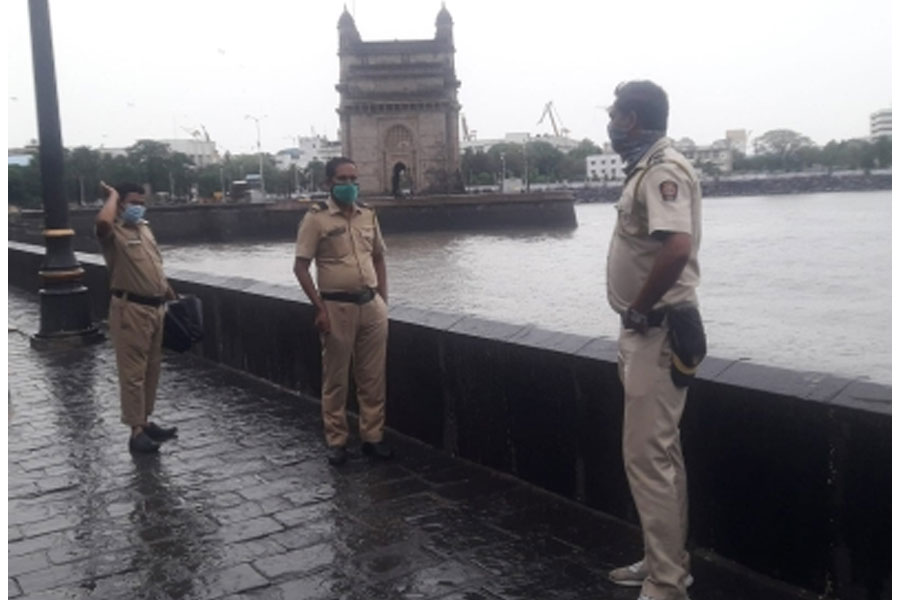 The ease with which terrorists entered the country and carried out one of the deadliest attacks on November 26, 2008, dealt a huge blow to the nation’s security system, which led to steps being taken to strengthen coastal security after the 26/11 Mumbai terror attacks.

Since 2008, the victims of the terror attacks have not been able to recover from the shock completely, but the internal security of the country has seen several major changes.

Taking lessons from the terror attacks, security arrangements have been made fool proof, making it safe from rerun of the 26/11 Mumbai attacks.

Considered a failure of various intelligence agencies, the attacks also gave rise to several questions concerning the internal security of the country.

Indian Navy, Coast Guard and Marine Police have created a three-tier security system in the coastal areas of the country so that no suspicious activity can go undetected.

The Government of India constituted the Information Management and Analysis Centre in 2014 so that the Navy, Coast Guard and Marine Police could work as a three-tier integrated security unit.

Its main purpose is to ensure that an incident like 26/11 Mumbai terror attacks does not happen again. It acts as a nodal centre for the collection and dissemination of information on coastal security to multiple places.

Apart from this, the Director General of the Indian Coast Guard has been accorded the status of Commander of the Coastal Command, who acts as a coordination between the Central and state intelligence agencies.

At the same time, the strength of the Indian Navy has also increased significantly as compared to 2008. The radar system of the Indian Army has been vastly strengthened, due to which the Navy is able to keep a sharp surveillance in the sea.

According to the Ministry of Home Affairs, after the 26/11 Mumbai attacks, the Coastal Security Scheme Phase-2 has been started in the direction of building maritime infrastructure.

Under this initiative, 121 Coastal police stations have been set up. At the same time, till 2021, 35 jetties and 10 marine operational centres have been established.

Apart from this, 131 four-wheelers and 242 motorcycles have also been purchased for patrolling. The government has also started coastal mapping through which every activity related to maritime security is being monitored with the help of mapping.

The government has also initiated a tracking system for monitoring boats of fishermen going for fishing in the sea. Under this system, one biometric card has been issued to each fisherman. This system has been implemented in many states across the country.

In such a situation, the Coast Guard or Navy can check the identity of any boat by checking its biometric card in case of any suspicion.

After the Mumbai terror attacks, the Maharashtra government formed a special team of commandos named ‘Force One’. The training of Force One personnel is on the lines of training undergone by NSG personnel.

The NSG has also been made much more effective than before. After 2008, now the NSG has regional centres functioning at five places in the country, namely Mumbai, Chennai, Hyderabad, Kolkata and Gandhinagar so that the response time can be reduced in case of a terror attack anywhere in the country.

At the same time, mock drills of NSG jawans are organised from time-to-time in different parts of the country so that they are always well-prepared to handle any situation.

At the time of the Mumbai attacks, the NSG commandos were kept waiting at the airport for eight hours. Such shortcomings have also been removed. The government has given exclusive rights to the NSG, which can now take aircraft from any operator in times of emergency.

Organisations running their terrorist activities from Pakistan work to spread religious fanaticism and collect funds through social media. In view of this, Indian intelligence agencies have laid siege to these organisations on social media as well. Several teams of experts are continuously monitoring social media and taking strict action by identifying people involved in anti-national activities.

The most successful experiment after the Mumbai attacks was the creation of the National Investigation Agency (NIA). Since its inception on December 31, 2008, NIA has been successfully investigating, not only terror attacks and fake Indian currency cases, but also funding networks of terrorist organisations, anti-national organisations and Maoists in Jammu and Kashmir and northeast India effectively.

The regional offices of NIA have been opened in many states. Over the years, the NIA has been able to establish itself as an anti-terror investigative agency.

India has now started a major fight against terrorism, not only within the country but also at international fora. India has hosted three global events this year — the Interpol Annual General Assembly in Delhi, a special session of the UN Anti-Terrorism Committee in Mumbai and Delhi, and the ‘No Money for Terror’ conference.

In these three conferences, an important strategy was prepared on cross-border terrorism and ways to deal with it. Not only this, India has also exposed Pakistan through these global fora.