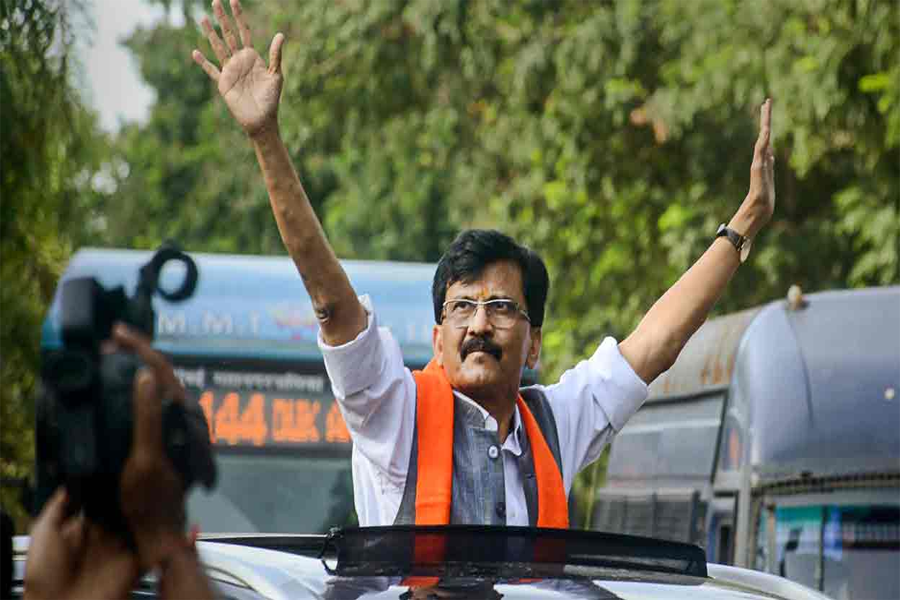 The special PMLA court on Monday took cognisance of the charge sheet filed against Shiv Sena leader Sanjay Raut in connection with the Patra Chawl scam case and extended his judicial custody for 14 more days. In the charge sheet, a copy of which has been handed over to Raut, the Enforcement Directorate has claimed that the Sena leader knowingly indulged in laundering of proceeds of crime amounting to Rs 3,27,85,475. Raut, however, has claimed that he was not even aware about the Patra Chawl redevelopment case and came to know about the same in the past two years after he read about it in news. The ED charge sheet, filed last week before the special PMLA (Prevention of Money Laundering Act) court, also alleged that MHADA didn’t take any effective steps to protect the interest of the tenants.

As per the charge sheet, Raut, who is accused number 5 in the case, was directly involved in the redevelopment of Goregaon’s Siddharth Nagar, also known as Patra Chawl, through his proxy Pravin Raut who is accused number 3 in the case. “He indulged in the project from the stage of conception to execution. During the year 2006-07, Sanjay Raut has attended meetings along with MHADA officers and others for redevelopment of Patra Chawl chaired by the then Union agriculture minister and another meeting chaired by former chief minister. Thereafter, Rakesh Wadhawan [another accused in the case] was brought into the picture to execute the redevelopment of the Patra Chawl Project through M/s Guruashish Construction Pvt Ltd,” the ED stated in the charge sheet.

It further added, “In order to exercise control, Sanjay Rajaram Raut inducted Pravin Raut, his proxy and confidante, as a director in Guruashish Construction Pvt Ltd.” Pravin Raut holds 25 per cent stake in the firm, but the ED claimed that it was just an eye-wash and that Raut managed everything.

The charge sheet also has statements of more than 15 witnesses who confirmed Raut’s involvement in the Patra Chawl scam. It also includes the statement of Swapna Patkar, who was once a family friend of Raut. Patkar has recently filed a complaint against Raut for allegedly threatening her to not give a statement before ED. Patkar in her statement said that during 2008-09, Patra Chawl residents had approached NCP chief Sharad Pawar through one local politician for redevelopment and that after various meetings, Sanjay Raut and Pravin Raut along with Rakesh Wadhawan were asked to handle the project.

As per the terms of the agreement between the society and MHADA, the development authority was to rehabilitate 672 tenants in 767-sqft flats and the developer was entitled to develop sale component flats on the land belonging to MHADA. However, Guruashish Construction Pvt Ltd sold the FSI for Rs 1,034 crore before completing its obligation. The amount was transferred to the parent company viz HDIL. “Investigation into the money trail also revealed that Pravin Raut received around Rs 112 crore in his bank account from HDIL and further transferred the same in acquiring assets, diverting in the account of his business entity, family members etc. Thus, Sanjay Raut is knowingly involved,” ED has claimed.

Mumbai: Activists to paint potholes in Navratri hues to protest against bad condition of roads