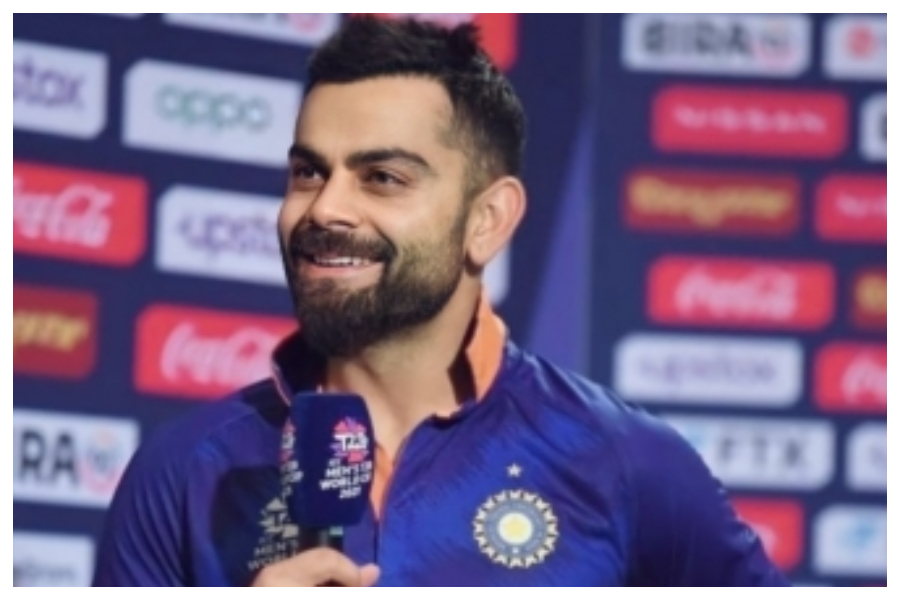 Former India batter Sanjay Manjrekar has attributed Virat Kohli’s current struggles to his tendency to bat on the front foot no matter what, and claimed that this is “not helping his cause”.

“Virat wanting to be on the front foot no matter what is not helping his cause. Mental toughness takes you far for sure, but technical issues cannot be ignored completely,” Manjrekar tweeted after Royal Challengers Bangalore’s campaign in IPL 2022 came to an end with a seven-wicket defeat to Rajasthan Royals in Ahmedabad on Friday night.

Manjrekar, considered as one of the most technically sound batsmen of his time, also cited the example of how Kohli got out in the Qualifier 2 match against Rajasthan Royals to support his observation.

“Crunch game… front foot to a short of length bouncing ball cost him his wicket again,” Manjrekar said in his tweet.

Kohli, who has not scored an international century since November 2019, has relinquished captaincy in T20 while the selectors decided to hand over the reins to Rohit Sharma in ODIs and Test cricket. He has been advised to take a break from all formats of cricket by Ravi Shastri, with whom the Delhi batter has shared close relations in the last few years.

Related Tags:IPL 2022Sanjay Manjrekar
Up Next

IPL 2022 season for the Royals is all about Shane Warne, says Samson

Bangladesh might have succumbed to pressure v India; not taking fake fielding issue any further: Sriram 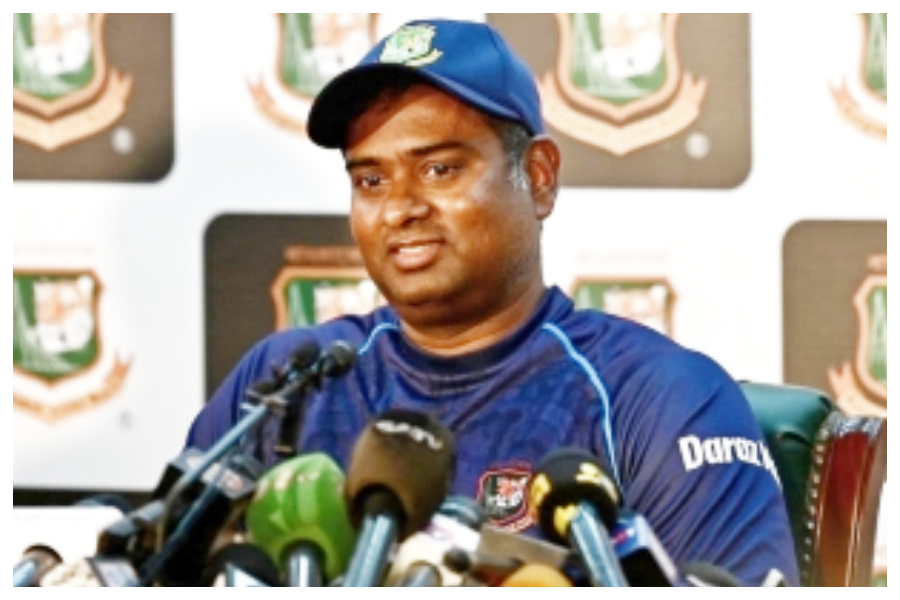 Bangladesh coach Sridharan Sriram has conceded his team might have succumbed to pressure in the thrilling five-run loss to India in their Super 12 Group 2 match of the ICC T20 World Cup, and has also said he has no intention of taking the potential fake fielding incident involving Virat Kohli during the match any further.

Bangladesh were cruising along at 66 without loss in seven overs, with Litton Das coming out all guns blazing and snatching the advantage of making 184/6 from India through a breath-taking 59 not out off 26 balls — laced with seven fours and three sixes at a strike rate of 226.9 — when rain put a halt to his pyrotechnics.

Bangladesh’s target was revised from 185 in 20 overs to 151 in 16 overs. They needed 85 more runs in nine overs to win the match, with all wickets in hand. India’s bowling attack, which took a beating in the power-play, got the much-needed respite thanks to the rain break and they went on to win the match by five runs (D/L method).

Sriram agreed the rain delay and the revised target brought the pressure on his side and it crumbled.

“Well, it was quite frantic for that brief (last) 10-12 minutes (of the match), which is understandable. I think the boys, nine runs an over or 9.75 runs an over, definitely I think the pressure got to them a little bit. Yeah, it was a little bit of a frantic 15-20 minutes if I can put it, yes,” said Sriram, the former Australia spin-bowling coach.

Bangladesh are scheduled to play their last Super 12 game against Pakistan on Sunday with a win not guaranteeing them a place in the last four, but the results of the remaining two Group 2 games — South Africa vs Netherlands and India vs Zimbabwe — could facilitate their semifinal entry.

Much heat has been generated over on-field umpires missing a potential fake fielding incident involving Kohli, which could have earned Bangladesh five runs in penalties and a victory against India, but Sriram said he is not here “to offer any excuses” for the defeat.

Wicketkeeper Nurul Hasan accused Kohli of fake fielding during the match, claiming that the umpires missed the incident and could have resulted in the opposition getting crucial five runs as penalty. The incident that Hasan talked about going unnoticed took place in the seventh over of Bangladesh’s chase when Kohli feigned a throw while standing at point, as if he was relaying a throw coming from Arshdeep Singh from the deep off the bowling of Axar Patel.

Neither the on-field umpires, Marais Erasmus and Chris Brown, spotted it, nor did the two Bangladeshi batters, openers Litton Das and Najmul Hossain Shanto, out in the middle, pointed it out.

Law 41.5, pertaining to unfair play, prohibits the “deliberate distraction, deception or obstruction of (the) batter”, and if an incident is deemed to be a breach, the umpire can declare that particular delivery as dead ball, and award the batting side five runs. But Hasan didn’t mention if either of Das or Shanto spoke to him or to the team about distraction or deception from Kohli pretending to throw the ball to the keeper.

Sriram said the focus now is to beat Pakistan and wait for the results of other matches to go in his team’s favour.

“I’ve been very clear in all my press conferences. We’re just taking it one game at a time, plan for one opposition at a time. Every game we want to go, we obviously want to win it, but we’re aware of what challenges Pakistan present. We played them in New Zealand just recently (in the Tri-series), and we have high respect for that team, so we’re going to turn up and be at our best on that day.” 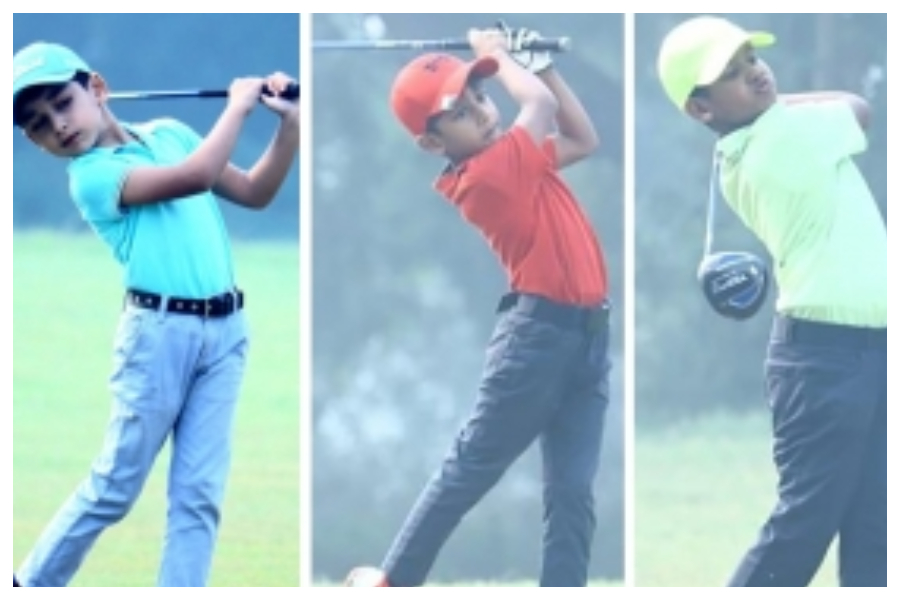 Adit Veeramachaneni of Bengaluru landed three eagles in a superb winning effort of 7-under 65 in the third leg of the US Kids Golf India at the links-style Golden Greens.

Adit, winner of the first two legs of the India series, completed a treble in the U-9 category.

Veeramachaneni was one of the five players in the Boys section to complete a hat-trick of wins. Two other players in the Girls section also completed a similar feat of three wins in three starts.

Among the outstanding performances in the third leg was Nihaal Cheema in the Boys Under-6. He carded an incredible six birdies in his nine-hole competition for a 6-under 30 score.

Divjot Singh playing in Boys U-7 Category gave the US Kids Golf India Series a milestone moment by holing his second shot at the 275-yard Par-5 fifth hole for the Tour’s first-ever albatross in India. Divjot’s second shot from just over 100 yards disappeared into the hole sparking off a big celebration.

Divjot also avenged the defeat he had suffered earlier at the hands of Kabir Goyal, who finished second this time.

The excellent scores were indicative of the talent on view, as six winners and one second placed player shot under par scores and another two winners had even par rounds. It meant that the players with under par scores will have a chance to qualify for the US Kids Golf’s World Championships in the US and the European events.

The six winners shooting under par at the Golden Greens included Nihaal Cheema (Boys U-6), Divjot Gupta (Boys U-7), Adit Veeramachaneni (Boys U-9) and Armin Paul Singh (Boys U-12) among boys and Amaira Gulati (Girls U-8) and Shambhavi Chaturvedi (Girls 11-12). Arnav Kumar (Boys U-9), runner-up in U-9, also shot 1-under.

Among the girls, Lucknow’s Amaira Gulati (U-8) and Gurgaon’s Mahreen Bhatia (Girls 13-14) made it three in a row.

Rajesh Srivastava, President of the US Kids Golf India, said, “It was a sensational day. Adit (Veeramachaneni) from Bengaluru and Nihaal Cheema carded brilliant scores of 7-under and 6-under. There was also the first-ever albatross in US Kids Golf India when Divjot Singh holed his second shot on the Par-5 in the U-7 category. The birdies and eagles also signalled the rising standards as the youngsters aim for berths at the World and European Championships, ahead of the Indian Championship later this month.”

Amit Dube, the Tournament Director, a former pro and now a coach, added, “The standard shows that these youngsters are ready for big events and American Junior Golf Association (AJGA) events. We look forward to a high level of play and more youngsters coming out in future.”

Players shooting 72 and below in at least two Local Tour events will earn Level 11 status and will earn AJGA Performance Star.

The US Kids local Tour is the only tournament giving opportunity to Players to earn AJGA Stars. The youngsters are looking to accumulate Priority Level status for the US Kids Europe and World Championships and the AJGA stars, which helps them get into numerous international events. 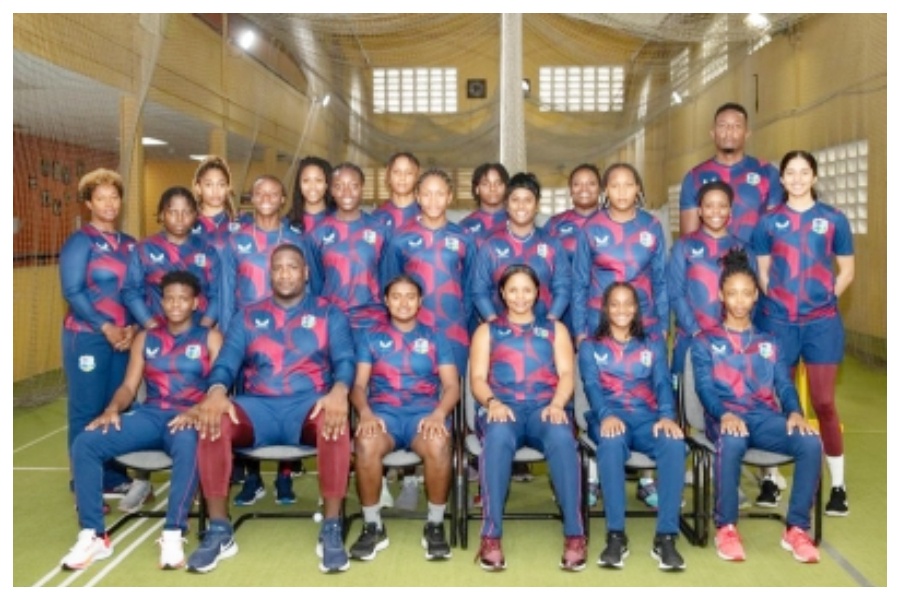 Ashmini Munisar has been named skipper, while Trishan Holder will be her deputy in the 15-member West Indies women’s U-19 squad for the T20 tour of India beginning in Visakhapatnam on November 13.

The tour will feature matches against India-A Women U19, India-B Women U19 and Sri Lanka Women U19 at the Dr YS Rajasekhara Reddy International Stadium in Visakhapatnam. West Indies will then travel to Mumbai where they will play against New Zealand Women U19 at the DY Patil Stadium.

The team will be under the guidance of head coach Steve Liburd. Munisar is an allrounder who led the team when West Indies U19 played against USA Women’s U19 in Fort Lauderdale in August. Vice-captain Holder is a top-order batter who was a member of the Barbados team at the Commonwealth Games playing matches against Pakistan, Australia and India.

The players for the T20 matches were selected after trial matches in Trinidad.

“As part of the preparation for the tour the squad was involved in some practice matches during a seven-day training camp in Trinidad. The final team selected contained some of the players who participated in the series in the USA and there are some new players who the panel would like to have a look at before a final team is selected for the World Cup,” said lead selector, Ann Browne-John.

“The composition of the team is quite balanced with some strong batters and a good mix of spin and medium pacers. It will be their first experience against top international teams and these tour matches will give a better indication of where the team is at the moment,” she added.

This series in the sub-continent will form a crucial part of the team’s preparations for the inaugural ICC Under-19 Women’s T20 World Cup 2023. The global event will feature 41 matches be played from January 14-29 in South Africa.

The official warm-up matches will be from January 9-11. The 16 participating teams will play in four groups in the preliminary round. West Indies have been drawn in Group C alongside New Zealand, Ireland and Indonesia.