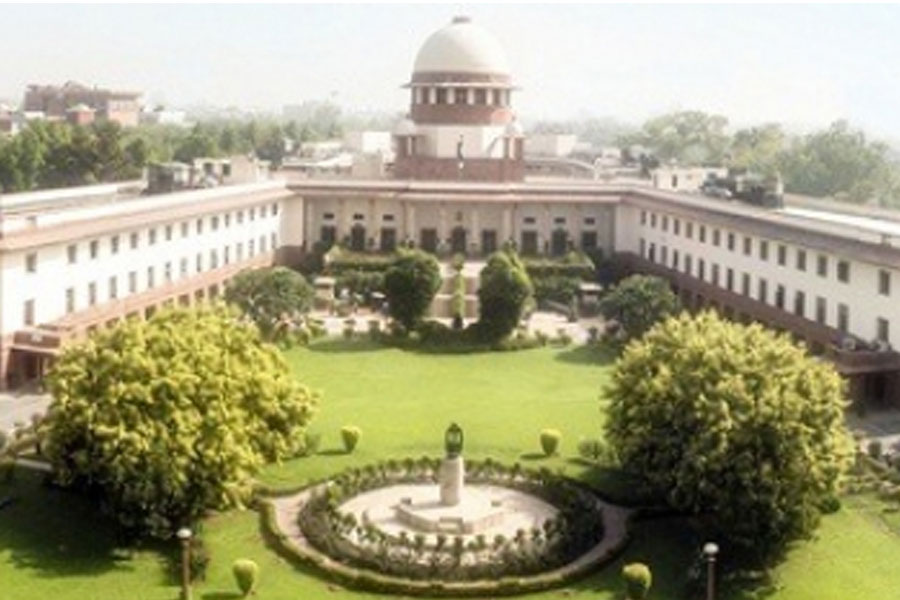 The Supreme Court on Tuesday agreed to list on August 1 a plea filed by the Uddhav Thackeray-led Shiv Sena camp seeking the stay of Election Commission of India (ECI) proceedings on the Eknath Shinde faction’s plea for their recognition as the ‘real’ Shiv Sena.

Sibal submitted that “till the court decides, they can’t go to the ECI”.

Senior Advocate Neeraj Kishan Kaul, representing the Shinde faction, said that the petitions before the top court are in connection with the disqualification proceedings initiated by the Speaker and the proceedings before the ECI are distinct.

The top court queried, what is the stage of the proceedings before the ECI.

The bench was informed that a notice has been issued for August 8.

After hearing the brief arguments, the top court tagged the plea along with other petitions filed in relation to the Shiv Sena crisis, scheduled for hearing on August 1.

The plea filed by General Secretary of Shiv Sena Subhash Desai submitted that the respondents purportedly has initiated proceedings under para 15 of the Election Symbols (Reservation and Allotment) Order, 1968 (Symbols Order) interalia seeking to be recognised as the “real Shiv Sena” by the ECI, and are claiming the right to use the election symbol allotted to Shiv Sena — “bow and arrow”.

The plea said on July 20, the top court was assured by the counsel appearing for the Speaker that no further proceedings will be conducted in the matter of disqualification under the Tenth Schedule.

The Uddhav camp urged the top court to stay the proceedings initiated by the ECI on July 22, till the final adjudication by the top court on disqualification of rebel MLAs.

The plea said against the background of proceedings before the apex court, the ECI was requested not to proceed in the matter.

It contended that the ECI was also informed that since the very status of the persons making the petition before it as members of the Legislative Assembly is currently indeterminate and the issue is itself pending decision before the top court, these persons cannot be considered as MLAs of Shiv Sena and their claim or affidavits cannot be relied upon, and therefore, ECI should not proceed with the matter at this stage.

“Despite being asked not to precipitate the matter and stay its hand, the ECI has decided to initiate proceedings under Symbols Order on petition of respondent No. 4 and has issued notice to Uddhav Thackeray and Respondent No. 4 herein, without taking into account the proceedings before this court as well as the oral observation to maintain status quo and in complete disregard of the sanctity of proceedings pending before thisAcourtAand the role expected of the ECI as a constitutional authority,” added the plea.