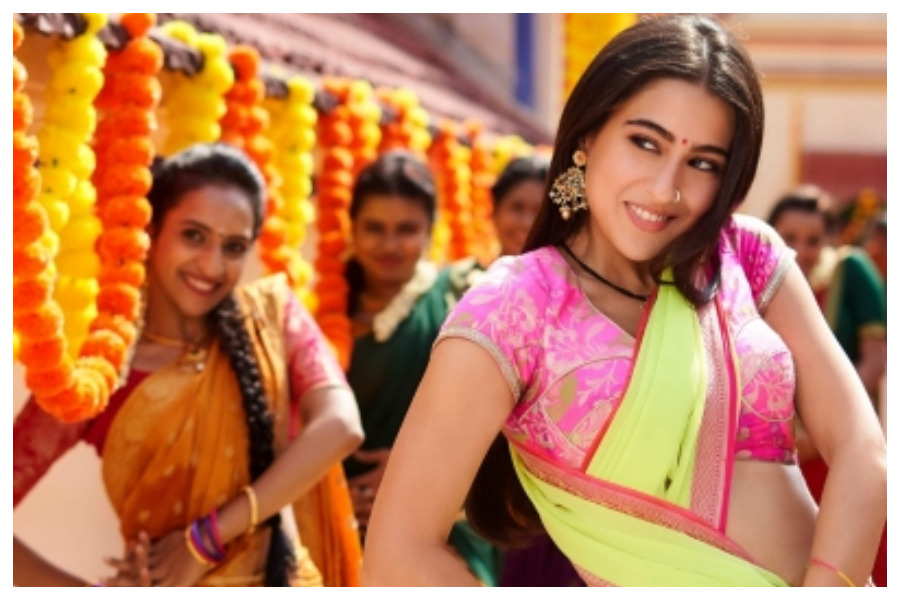 Treated like a light-hearted romance-comedy, ‘Atrangi Re’ promises a love story with a difference, and it is a familiar but not a different tale to an extent.

To enjoy the film, you need to empathise with Rinku (Sara Ali Khan), an orphan from Bihar who is forced to marry the kidnapped Dr. S. Vishwanath Iyer (Dhanush), a Tamilian from Chennai visiting her hometown.

Competing in this love story is Vishu’s girlfriend Mandakini, aka Mandy (Dimple Hayathi), who is the daughter of his dean, who is supposed to get engaged to Vishu in the next few days. And the other member in this love-quadrangle is the magician Sajjad Ali Khan (Akshay Kumar), with whom Rinku is head-over-heels.

The narrative leads you through an intriguing path. It allows you to fantasize about myriad possibilities ahead. That is what keeps you hooked. But by the end, you realise that while the concept is interesting, the narrative is frothily shallow and a bit disappointing.

The film begins on a dramatic note with Rinku frenetically running away from home, and ever thence you notice especially during the first half, every frame seems to be designed in a frenzy. Someone or the other is running across the screen. These long continuous shots are skilfully captured, and they only add drama to the scenes.

Sara Ali Khan, as the rustic and boisterous Rinku, delivers a relatable performance, but when, in a scene with Sajjad, she breaks into English, you apprehend that her character has not been chiselled, to perfection.

Similarly, Dhanush is charming all the way, there are times where your heart goes out for him, but once again, his character seems to be short-changed by the script, for there are moments when his emotional arch is cut short.

Dimple Hayathi is a competent actress but with limited screen time, her histrionics is not brought to the fore.

After a long time, Akshay Kumar looks fresh and young on-screen, and he delivers a fairly buoyant performance not overshadowing either Sara or Dhanush.

Seema Biswas as Rinku’s feisty and autocratic grandmother Dhulhayen, Ashish Verma as Vishu’s friend and colleague Madhu, and the rest of the supporting cast leave their mark on the screen.

Technically the film is astutely mounted with great production qualities. Also, the songs and the background score are loud and upbeat, and they mesh with the narrative seamlessly.

Overall, Atrangi Re speaks about the language of the heart, but with no Hindi or English subtitles to the Tamil dialogues spoken by Vishu and his ilk, the finer nuances of the words spoken are lost in guesstimation.

Related Tags:Atrangi Re
Up Next