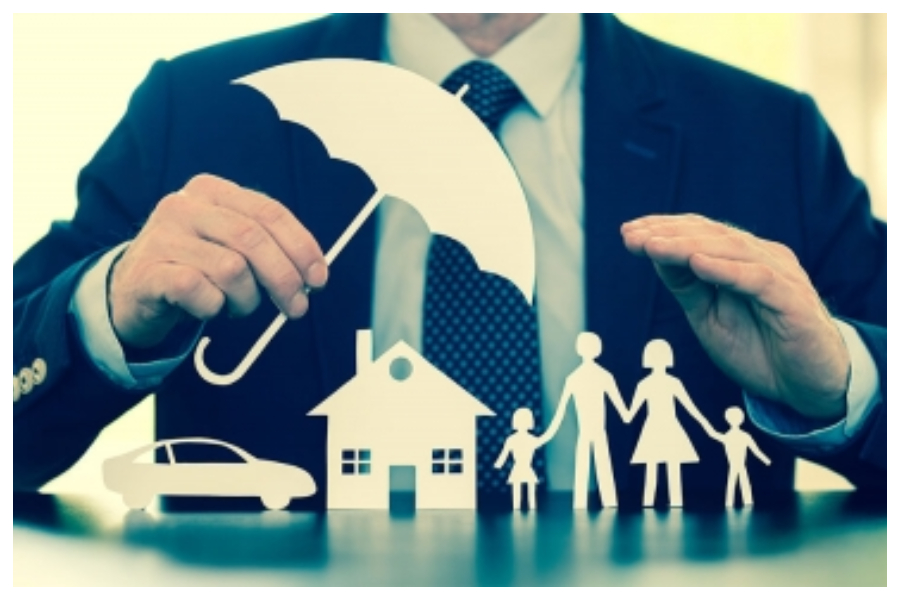 Even as strong views are being voiced on the need to review and recast of the two decade old Insurance Regulatory and Development Authority of India (IRDAI) by industry experts, some experts hold contrary opinions.

“There are reports submitted by various agencies. If these reports are studied and a number of gaps noted and noticed periodically are addressed, I think there may not be a need to have another review,” a former Member of IRDAI told IANS preferring anonymity.

“When a new Chairperson joins IRDAI the above can be the agenda to carry out the mandate envisaged in the preamble of the IRDAI Act,” he added.

According to him, the Standing Committee of Finance and the Parliamentary Committee on subordinate legislation reviews the Regulations and working of Regulators periodically.

“Financial Sector Assessment Programme (FSAP) of the International Monetary Fund (IMF) and World Bank reviews the regulators including IRDAI periodically to see whether the International Association of Insurance Supervisors (IAIS), Insurance Core Principles (ICP) are adhered to,” the expert added.

“On the twin aim of IRDAI Act ‘to protect policyholders interests and promote orderly growth of the industry’ IRDAI seems to have done a reasonably good job in the 20 years of its existence,” K.K. Srinivasan, former Member, IRDAI had told IANS.

According to him, a Government review of IRDAI be taken up after reviewing the older financial services regulators like the Reserve Bank of India (RBI) and the Securities and Exchange Board of India (SEBI).

“It is time to do a review of IRDAI. It is more than two decades since IRDAI came into existence. As a matter of fact, every regulatory organisation should be reviewed at regular intervals,” N. Rangachary, the first Chairman of IRDAI told IANS.

It was Rangachary who had paved the regulatory path for the sector as the first head of IRDAI.

“There should be a review committee to go into all regulatory aspects. It is time to see whether the original goal of forming the regulatory body has been fulfilled and if not, the action to be taken,” Rangachary suggested.

“It is high time the IRDAI is completely reviewed. This should have been done at the end of the first five years. Better late than never,” Ramakrishan told IANS.

“But the internal organisation of IRDAI needs to be professionalised and strengthened. There is an undeniable perception that compared to its rather small size, there is excessive trade unionism within the Body,” Srinivasan had said.

“This is perhaps attributable to a large extent to the inevitable and somewhat not desirable back-door recruitment of employees in the initial years of its formation. However, this may get corrected in due course when retirements take place,” he added.

One of the areas that needs to be strengthened is the IRDAI’s adjudicatory mechanism.

“With the advent of adjudicatory mechanism that should precede penal action in certain cases, it cannot be said that the adjudication officers have to be continuously well trained and equipped with at least rudimentary legal nuances so as to lend credibility to their performance in quasi-judicial capacity, and recommending penalty with justice and good conscience,” D. Varadarajan, a Supreme Court lawyer specialising in Insurance and Corporate Laws and a Member on KPN Committee on Insurance Laws Reforms.

“In this context, it is also pointed out that unlike the SEBI Act, there is no provision in the IRDA Act, to credit all sums received as penalties to the Consolidated Fund of India. Hence, the penalties imposed have to be just and reasonable, and not excessive, leading to unjust enrichment of the coffers of the Authority,” Varadarajan added. 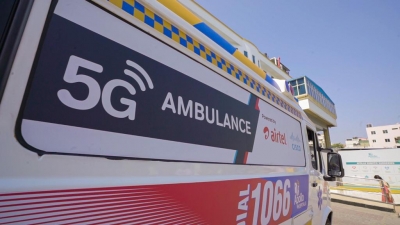 Bharti Airtel on Saturday showcased a 5G-connected ambulance to transform primary health care in emergency situations, along with smart farming solutions to Prime Minister Narendra Modi at the 5G official launch in the country.

The 5G ambulance, that can be built for around Rs 7-7.5 lakh, brings a hospital’s emergency care to the patient.

Airtel, Apollo Hospitals and Cisco have joined hands to build the 5G-connected ambulance.

The state-of-the-art 5G ambulance is equipped with the latest medical equipment, patient monitoring applications, and telemetry devices that transmit the patient health data to the hospital in real-time.

In addition, it is also equipped with onboard cameras, camera-based Headgear, and ‘Bodyc Cams’ for paramedic staff — all connected to the ultra-fast and low latency Airtel 5G network.

It will be further enabled with technologies like AR/VR, said the company.

“Healthcare is one of the most promising use cases for 5G, and we are delighted to deepen our partnerships with Apollo Hospitals and Cisco to bring some innovative use cases for the Indian market,” said Ajay Chitkara, Director & CEO, Airtel Business, Bharti Airtel.

With real-time camera feed available, the paramedics in an ambulance can use the cameras to collaborate with the ER doctors at the hospital who are equipped with technologies like AV/VR to undertake basic procedures, if necessary.

The doctors can virtually guide the paramedic to carry out the procedure and save precious lives.

“Doctors can do a virtual examination of the patient through a video call and view their reports. Medical services can be provided to many villages at the same time,” according to the telecom provider.

The company also showcased smart farming solutions to Modi during his visit to the Airtel pavilion.

Airtel, along with its partners L&T and CDAC, has made an effort to make the agriculture sector more productive with the help of 5G technology.

“If every farmer in the country gets the necessary information like soil moisture, atmospheric moisture and temperature information in advance to improve the productivity of agriculture, then he can make a better decision,” the company said.

Camera-based analytics can suggest to the farmer according to the colour and nature of the crop, at what time and how much pesticide to use. 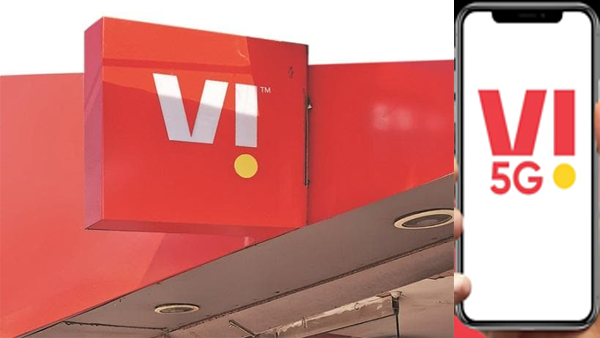 The company said that with 5G’s low latency technology, the cloud gaming industry is expected to democratise even further.

“The online gaming industry is among the fastest growing entertainment segments in India and with the advent of 5G it is expected to grow many folds. Mobile gaming is a key agenda for us to drive engagement with our consumers”, Avneesh Khosla, Chief Marketing Officer, Vodafone Idea, said in a statement.

As per a report by Boston Consulting Group (BCG), India currently has a user base of 300 million mobile gamers. Growing at a CAGR of 38 per cent, the Indian mobile gaming industry is expected to triple in size to a $5 billion market by 2025.

“Our unique Mobile Cloud Gaming technology lifts all these barriers up so that all mobile gamers can enjoy all these great mobile games, whether being RPG, MOBA, Battle Royale, Strategy, Simulation, FPS, Racing or in any other genre”, said Benjamin Athuil, Co-founder and President of CareGame.

The company will showcase the service at the India Mobile Congress (IMC), being held from October 1-4 at Pragati Maidan in New Delhi. 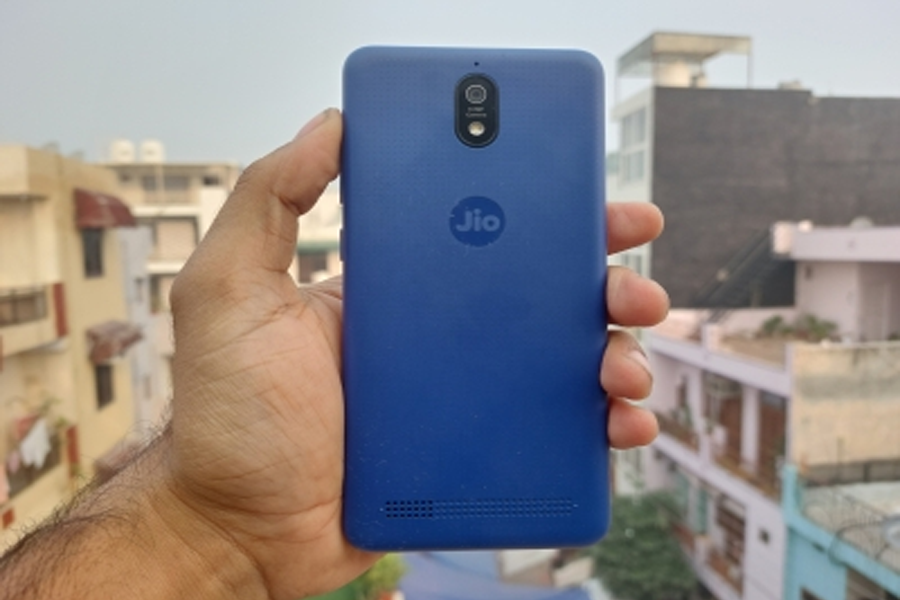 Leading market research firm Counterpoint Research has refuted certain reports that used its findings to convey that Reliance Jio is set to launch the 5G version of its JioPhone Next affordable smartphone around Rs 8,000-Rs 12,000.

In a clarification posted on Twitter, Counterpoint said that “some comments from our research note dated 26th September 2022 on the JioPhone Next BoM have been taken out of context”.

“This is leading to misquotes and misrepresentations of our intent. In our research, we speculate about the possible pricing of a 5G phone from Jio, but we have no specific knowledge of any possible or exact pricing plans for 5G products or the potential timing of any 5G products from Jio,” said the research agency.

In its report, the industry report touched upon the JioPhone Next 4G, saying it is a unique smartphone for its price segment, retailing at around $55-$80 (Rs 4,400-Rs 6,400) depending on the seasonal/regional/buyback offers, supported by a compact design.

“The device rounds up Jio’s strategy well — first, to use the JioPhone Next 4G to attract hundreds of millions of 2G feature phone users to its 4G network and second, to aim to deliver a $100 to $150 (Rs 8,000-Rs 12,000) affordable 5G smartphone once the coverage has reached a good threshold to attract the mass-market 4G smartphone users to its 5G network,” the bill of materials (BoM) analysis said.

“This two-pronged strategy will be the key to Jio’s growth and extend its leadership to the 5G era as well,” it added.

Further, at some point in 2024, Jio will also be compelled to launch an affordable 5G mmWave + Sub-6 GHz smartphone as the cost deltas between the two would have narrowed significantly from the BoM perspective.