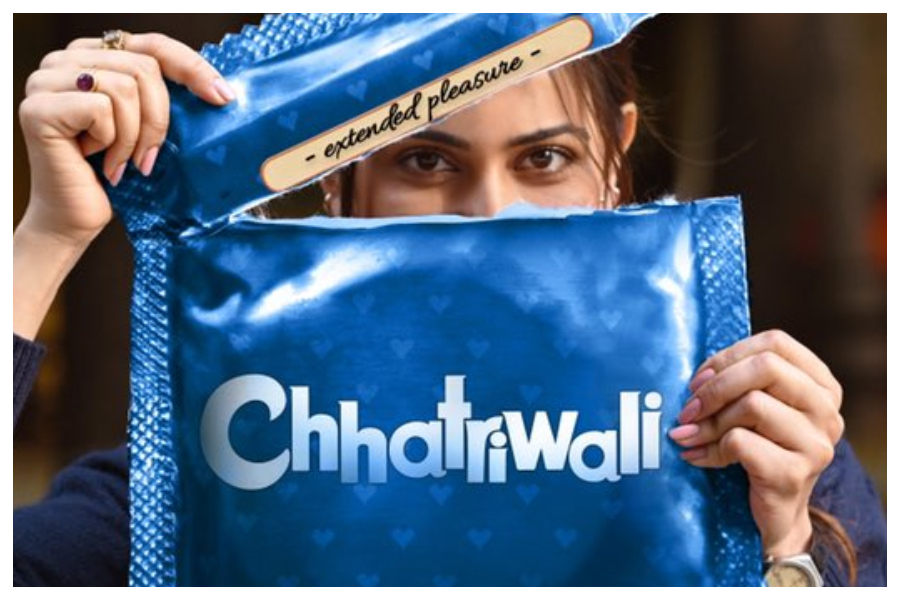 Rakul Preet Singh will be soon seen essaying a never-seen-before character in Ronnie Screwvala’s upcoming production titled ‘Chhatriwali’. The film’s first look was recently released on social media as it went on the floors in Lucknow.

‘Chhatriwali’ is a social family entertainer and tells the story of a female unemployed chemistry graduate in the small town of Karnal, who becomes a condom tester out of desperation for a job. Talking about the film, director Tejas Deoskar shares, “Our film is a social family entertainer, which aims at de-stigmatising the use of condoms and we are truly excited that the film has gone on floors.”

“Rakul brings freshness to every role that she portrays and with a sensitive, thought provoking subject like this, the audience will certainly enjoy a roller-coaster ride of comedy,” he added.

Sharing her excitement Rakul Preet Singh adds, “It’s quite an interesting and ‘hatke’ (different) subject and I am very thrilled about starting the journey of my character. It’s important to highlight some issues in a light-hearted way and that has got me pretty excited.” 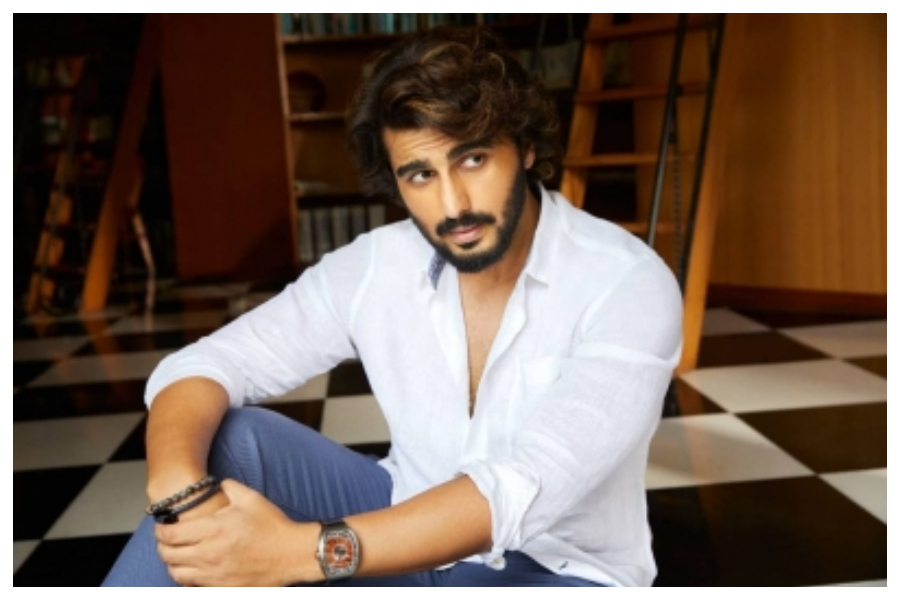 Bollywood actor Arjun Kapoor was never really keen on exploring horror comedy but the story of ‘Bhoot Police’ pushed him to try his hand at the genre.

The actor said, “It’s not a genre that I was looking for, script-wise. When I heard it, when I read it, what worked for me was the camaraderie between the brothers, the friction and the banter between them. So I quite liked the friction, the brotherhood and at the same time the love-hate relationship and the witty tone.”

He further said, “There was a certain canvas and a certain colour created in the script itself, so my decision to say yes to the film came from the director’s vision, and thankfully it came at a point where I knew the passion Saif had, also because everybody knew in the industry he is so bullish on the script.”

On his camaraderie with Arjun in the film, Saif mentioned, “Arjun and I have a relationship off-camera too; he is a family friend and we have known each other for ages! On camera, we don’t take each other for granted and bring out the best we can. We had a good time working together and that shows in the movie.”

The film is set for its world TV premiere on Star Gold, sharing his excitement for the premiere, Arjun said, “I cannot wait for the audiences to enjoy the World TV Premiere of our movie, ‘Bhoot Police’ on 23 January, Sunday at 8 PM on Star Gold.”

The ‘Ishaqzaade’ actor added, “‘Bhoot Police’ is an ideal family watch. Usually, horror-comedies are not children-friendly. But Bhoot Police is the kind of film the whole family can watch together over dinner. It is not often that you get a film that is mildly frightening and can be watched with the whole family. The kids will definitely enjoy watching the movie with their family!”

Speaking about her role in ‘Bhoot Police’, Yami Gautam said, “The character Maya that I play in ‘Bhoot Police’ was physically challenging. We had to shoot under tough weather conditions because the cold was bitter. There were a lot of outdoor sequences and keeping the light and weather in mind, we had to pack a lot within a day, every day.”

She continued, “Whenever I am in Himachal, I feel a sense of belonging; when I see the sunrise, those snow-capped mountains despite long tiring night shoots. It is my birthplace and shall always have a special place in my heart.” 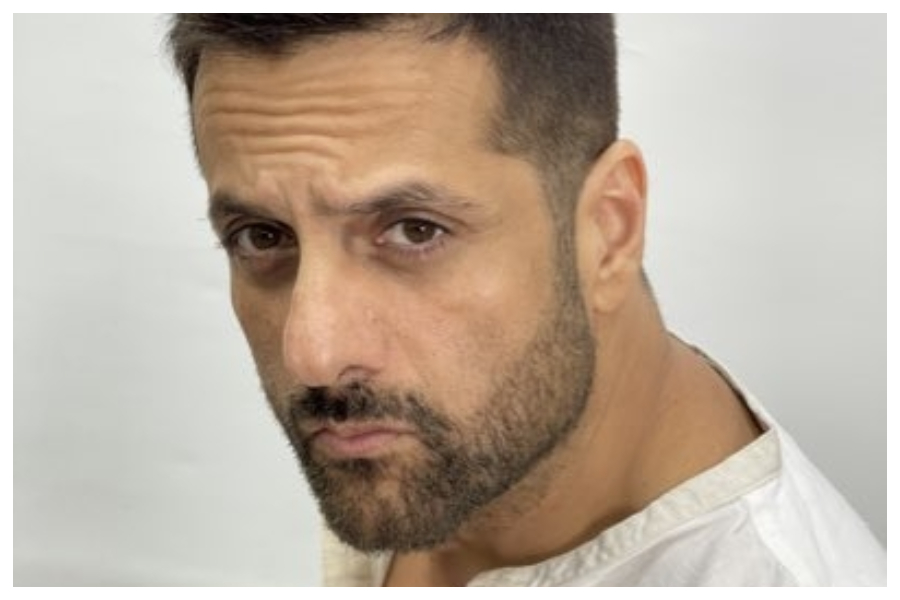 Bollywood actor Fardeen Khan has tested positive for Covid and says he is asymptomatic.

Fardeen, who is the son of late veteran star Feroz Khan, took to Twitter on Wednesday to share the news.

“Tested positive for C-19. Fortunately I am asymptomatic. Sending my best to all those in recovery.”

He added: “The rest, keep getting tested if in doubt as this variant is also targeting children, down to toddlers, and they can be given very limited medication. Happy isolating.”

Fardeen is all set to make his comeback on the big screen after 11 years with the film ‘Visfot’, which also stars Riteish Deshmukh. Fardeen was last seen on the silver screen in the 2010 movie ‘Dulha Mil Gaya’.

‘Visfot’ is the official remake of 2012 Venezuelan film ‘Rock, Paper, Scissors’ which was selected as that country’s entry for the Best Foreign Language Film at the 85th Academy Awards.

The thriller thrives on the collision between the city’s stark contrasts – the ‘chawls’ of Dongri and the high-rises.

Vaani Kapoor wants her filmography to be as diverse as possible 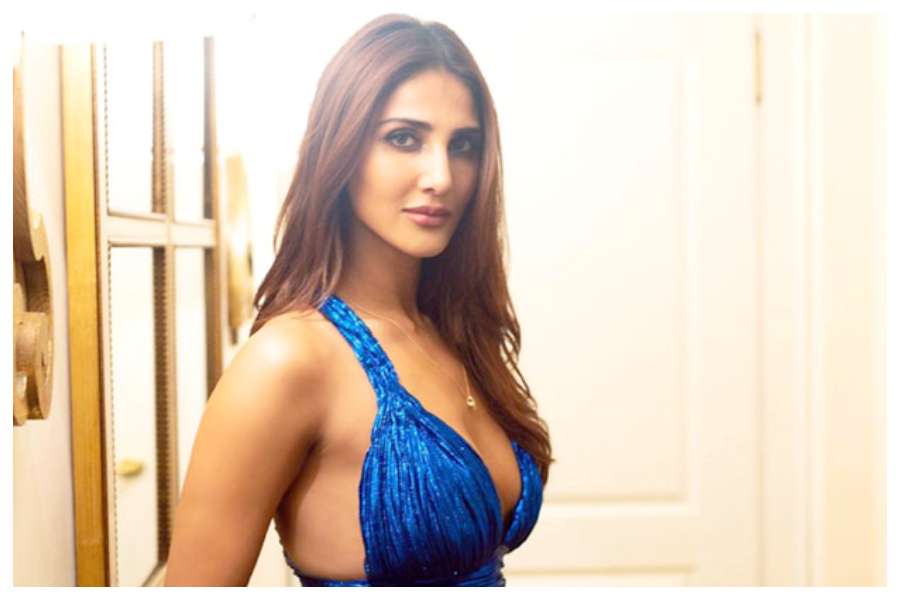 Actress Vaani Kapoor, who recently essayed a trans woman in ‘Chandigarh Kare Aashiqui’, is consciously working on shaping up her filmography by choosing scripts and characters that are different from the league.

She hopes that her work in ‘Chandigarh Kare Aashiqui’ and her upcoming release ‘Shamshera’ where she will be seen opposite Ranbir Kapoor, will incite the confidence in film-makers about her craft.

Talking about the same, she says, “I would like my filmography to be as diverse as possible and after showing my range as an actor in ‘Chandigarh Kare Aashiqui’ and ‘Shamshera’, I can only hope that filmmakers would feel extremely confident to approach me with any challenging role. I have always wanted to win over their trust and be a part of interesting cinematic visions of powerful film-makers.”

She adds, “I know that I will give it my everything to pull off any character that I’m approached with to play on screen.”