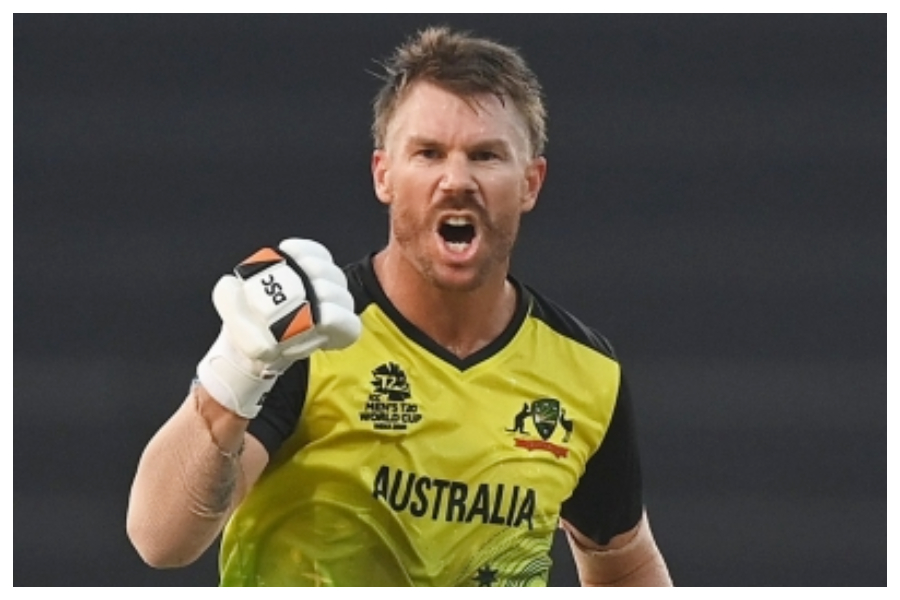 David Warner’s wife Candice has given a befitting reply to her husband’s critics who had been highlighting the Australian opener’s poor form ahead of the ICC T20 World Cup in the UAE.

Warner, who had an unimpressive run in the Indian Premier League (IPL) and was dropped by Sunrisers Hyderabad in the latter half of the Dubai leg of the lucrative tournament, besides losing his captaincy during the India leg, emerged the second-highest run-getter in the T20 World Cup with 289 runs in seven innings averaging 48.16.

Warner struck 65 against Sri Lanka in the ‘Super 12’ stages, before a breath-taking 89 not out against the West Indies and 49 against Pakistan in the semifinals placed his team on the cusp of global glory.

And his 53 in the final provided the perfect support act for Mitchell Marsh (77 not out) as Australia chased down a total of 173 to clinch their maiden ICC Men’s T20 World Cup crown.

Candice Warner took to social media to tell the world that David was still a force to reckon with in international cricketer after he was adjudged ‘Player of the Tournament’ for his performance in the UAE.

She posted an image of Warner captioned “Player of the Tournament” and wrote, “Out of form, too old and slow! (Flushed face and Rolling on the floor laughing emojis) congratulations @davidwarner31.”

Earlier, she posted another image of Warner from the T20 World Cup final against New Zealand, with his statistics from the match, and wrote, “Out of form!! (Flushed face and Rolling on the floor laughing emojis).”

Warner’s 53 in the final, which Australia won by eight wickets, came off 38 balls and was embellished with four boundaries and three sixes.

Related Tags:David Warner
Up Next

So proud to be first Australia team to win it: Finch on Men’s T20 World Cup triumph 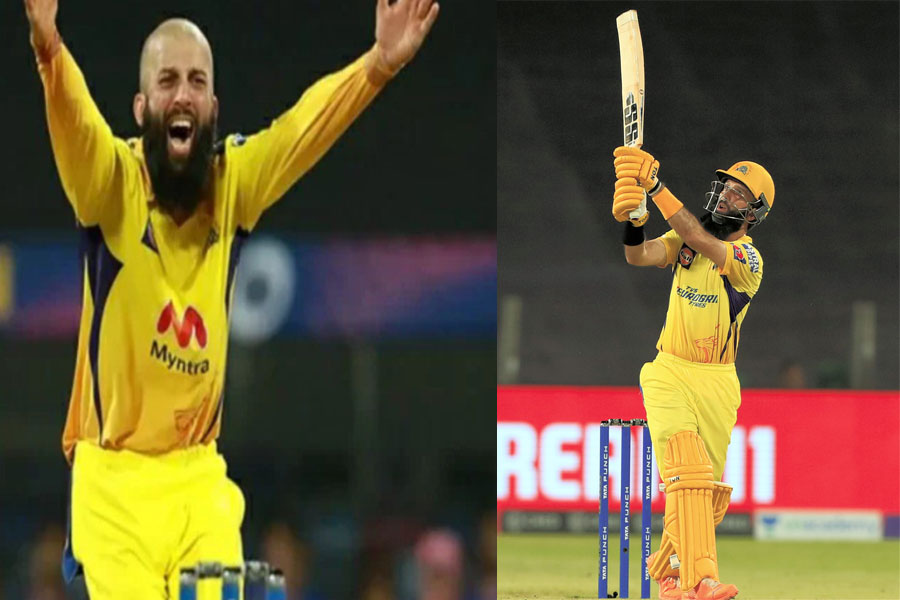 England all-rounder Moeen Ali has confirmed on Wednesday that he is leaving Worcestershire to return home county Warwickshire on a three-year deal.

Moeen, who began his career with Warwickshire, said, “I’m sad to be leaving Worcestershire after so long and have loved every minute of it. I’ve played with some amazing people and owe a huge thanks to the club for bringing me here and giving me the platform to perform.”

Upon joining Warwickshire, Moeen said, “I’m delighted to return home to Edgbaston. I was born and raised just a few miles away from the stadium, with my life always centered around Birmingham. When the opportunity presented itself, it was a decision I couldn’t say no to and I believe I have unfinished business at the Bears.”

Moeen joined Worcestershire in September of 2006 and went on to play nearly 350 games across all formats, scoring over 13,000 runs, taking over 300 wickets, and winning three trophies in his time at New Road.

Earlier, Worcestershire have confirmed the England all-rounder’s departure from the club.

There had been a lot of speculation surrounding the cricketer, who had retired from Test cricket last September to prolong his white-ball career, about his county move, with several clubs including Yorkshire and Warwickshire reportedly inclined to sign him.

He made his last appearance in Worcestershire’s final Vitality Blast fixture of the 2022 season at New Road against Notts Outlaws on July 3.

The 35-year-old Moeen was a regular for Worcestershire across all formats until he made his England debut and became centrally contracted.

“England commitments, and the Covid pandemic, meant his availability was heavily limited for the Pears over the past three years,” the club said.

His first major trophy-winning success came in his second season with the county, playing his part in the club’s NatWest Pro40 title win. Red-ball success followed immediately with the promotion in 2008 and then bouncing straight back to Division One in 2010. Moeen was also a part of the promotion-winning side in 2017.

“Moeen will always be remembered as an inspirational leader who has played an enormous part in the club over his 16 years at New Road,” the statement added.

ENG v IND, 5th Test: Stokes finishes with four-fer as India are bowled out for 245; set England a target of 378 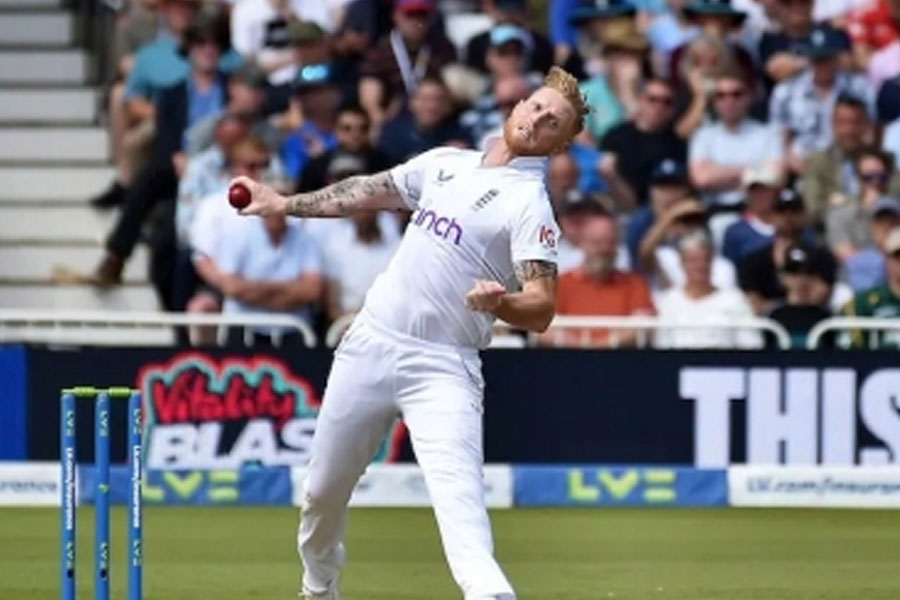 Captain Ben Stokes took a four-wicket haul as England bowled out India for 245 in 81.5 overs in their second innings of the rescheduled fifth Test at Edgbaston on Monday. It also means that the visitors have set a target of 378 for England on a pitch with variable bounce for pacers and some turn for spinners.

If England are to square the series, currently led by India 2-1, they will have to attempt their highest successful chase ever in Test cricket and at this venue as well. Post lunch, Stokes, who had taken out Virat Kohli on Sunday, bounced out Mohammed Shami, having him caught at deep backward square-leg.

Ravindra Jadeja never got going and Stokes ended his stay by getting one to jag in sharply and force the left-hander to chop on his stumps. India skipper Jasprit Bumrah pulled him for a huge six-over fine leg. But Stokes had the last laugh on the very next ball as Bumrah went for the same shot, only to hole out to fine leg, with Stokes ending with 4-33 in 11.5 overs.

Earlier, Rishabh Pant followed up his 146 in the first innings with 57 while Cheteshwar Pujara notched up 66 in the second innings. Pujara began the day by hitting James Anderson for successive boundaries — a crunchy punch through cover was followed by a slick whip through mid-wicket.

Stuart Broad struck in his first over, with a short and wide outside off-stump ball which Pujara cut straight to backward point. Pant motored along, nailing a controlled short-arm jab through deep mid-wicket off Anderson while Shreyas Iyer, despite being troubled by short balls, hit three boundaries, including two beautiful cover drives off Matthew Potts.

Pant reached his fifty with a delicate flick through fine leg, becoming just the second Indian wicketkeeper after Farokh Engineer to get a century and fifty in the same Test. Iyer fell to the short ball yet again in the match, pulling straight to mid-wicket off Potts, giving Anderson his 100th catch in Test cricket.

Pant welcomed Jack Leach with a reverse sweep behind fine leg for a boundary despite falling on the ground. With the left-arm spinner getting some turn in from the rough, Pant tried to unsettle his line and length with another reverse sweep, but could only glove behind to first slip, falling for 57. He finished the match with 203 runs across both innings.

Potts then rattled Shardul Thakur with the short-ball ploy and variable bounce happening from the pitch, even striking him on side of the helmet once. In his next over, Thakur tried to take on the short ball with a pull but the top-edge flew to deep fine leg.

Jadeja had a reprieve when Anderson dropped his catch at cover while Shami struck a brace of boundaries to keep India on top before Stokes took out the remaining wickets post-lunch to give England a go at a record chase in their history of Test cricket. 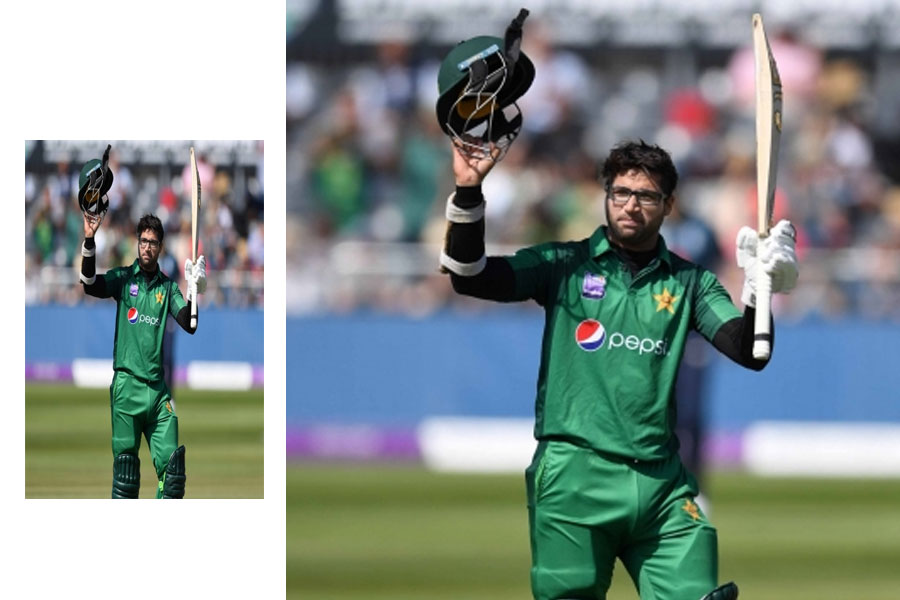 English domestic cricket side Somerset on Monday announced that they have signed Pakistan batter Imam-ul-Haq for the final four County Championship matches of this season, against Gloucestershire, Warwickshire, Northamptonshire and Kent.

Imam will replace Australia batter Matt Renshaw, who is returning home to join the pre-season camp for the upcoming Sheffield Shield season with his state side Queensland. He also becomes the third player from Pakistan with the club after captain Babar Azam and senior batter Azhar Ali.

“I have heard a lot about the quality of Somerset from Babar Azam and Azhar Ali. It is a club with a good reputation and great support. I look forward to representing the county and contributing to some good wins in the County Championship. English County Cricket will be a new challenge for me, but it is a challenge that I am relishing,” said Imam.

Imam has featured in 14 Tests for Pakistan, with a best score of 157 against Australia at Rawalpindi earlier this year. In 57 first-class matches, the left-hander has amassed over 3,500 runs at an average of 41.69 with a top score of 202 not out.

“Imam ul Haq is an outstanding batter who will bring quality and a wealth of experience to our environment. To be able to bring in an established Test match player for the final LV= Insurance County Championship matches of the season is a coup for us with so much international cricket being played during this important period.

“We have a long-standing working relationship with the PCB and we are grateful to them for their assistance in helping us to sign a player of this calibre. We are genuinely excited about what he will add to the Club both on and off the field,” said Andy Hurry, Somerset Director of Cricket.