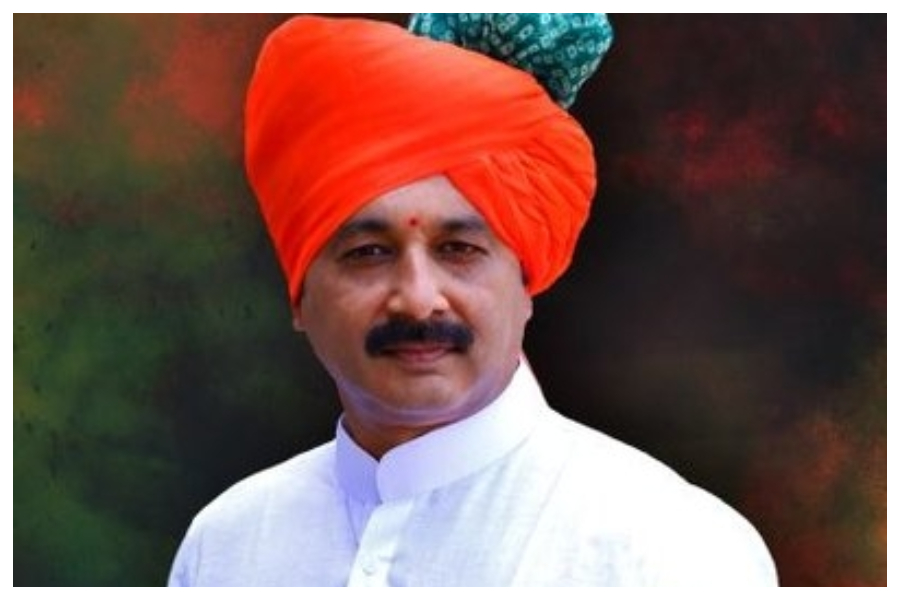 Citing ‘self-respect’ and to prevent ‘horse-trading’, Yuvraj Chhatrapati Sambhajiraje, the scion of the Kolhapur throne, opted out of the Rajya Sabha race here on Friday.

Sambhajiraje – who was hoping to contest as an independent with the support of the extra votes of various parties and independents – said his decision arose out of ‘self-respect’, to prevent ‘horse-trading’ and concern for the masses who are his real strength.

The 13th direct descendent of Chhatrapati Shivaji Maharaj also attacked Chief Minister Uddhav Thackeray, accusing him of “not honouring” his word to support his solo candidature and insisting that he (Sambhajiraje) should first join Shiv Sena before getting a ticket.

“For me the RS seat is not the concern… The welfare of the masses is more important for me… I will go on a statewide tour to strengthen the idea of ‘Swarajya’ now and see my strength,” said Sambhajiraje with a tinge of disappointment in his voice.

He said that two Sena MPs had met him in a five-star hotel recently to discuss the issue and conveyed the CM’s desire that Sambhajiraje should become a Shiv Sena member and the party would immediately nominate him for RS.

“I made it clear that I wish to contest as an independent and will not join any party for the RS ticket… Now, I shall have nothing to do with the RS elections,” Sambhajiraje declared.

He made it clear that he had no ‘angst or ill-will’ against any party as they all had their respective agendas to pursue and he respected their stand.

Sena MP Arvind Sawant denied Sambhajiraje’s allegations against the CM and blamed him for not accepting the Sena’s offer and missing a ‘great opportunity’.

“He was earlier an NCP member then what prevented him from joining Sena… You stick to your views, we stand by our opinions” said Sawant.

BJP Leader of Opposition (Council) Pravin Darekar slammed the Sena for ‘insulting and humiliating’ Sambhajiraje and said the people of the state will not forgive them.

Congress President Nana Patole said it desired Sambhajiraje to enter the Rajya Sabha and whether he is an MP or not, the Congress will always stand with him.

A few days ago, the Chhatrapati had announced his plans to contest the RS polls solo with the backing of all other parties like the ruling Shiv Sena-Nationalist Congress Party-Congress, the Opposition Bharatiya Janata Party, smaller parties and independents.

Though most parties kept silent, the Shiv Sena was prepared to offer him a ticket with a pre-condition that he should join the party as it wanted to increase its tally in the Upper House of Parliament.

Last week, the Sena invited him to CM’s residence to tie the ‘Shiv Bandhan’ and join the party, but Sambhajiraje spurned the offer. 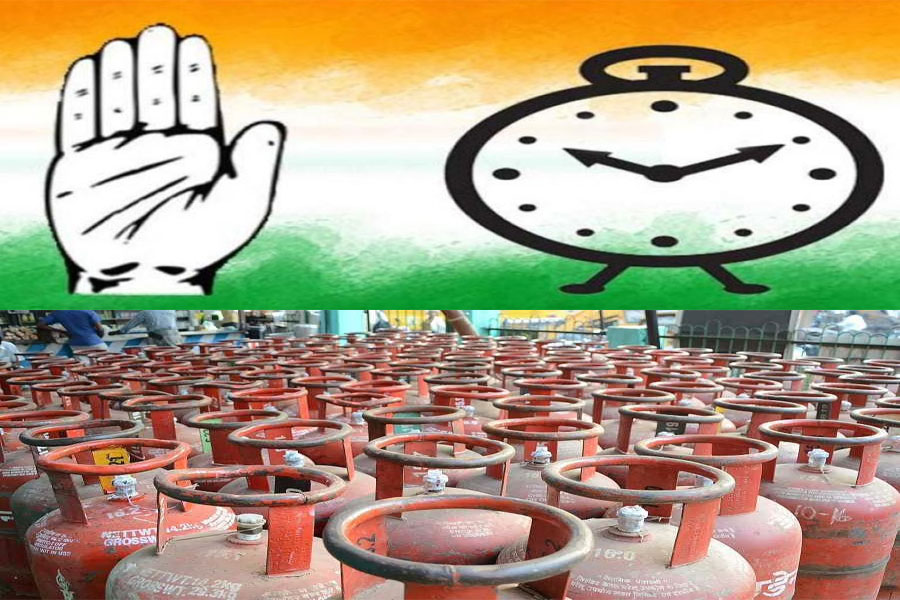 The Opposition Nationalist Congress Party (NCP) and the Congress on Wednesday attacked the Bharatiya Janata Party (BJP) government at the Centre for the steep hike of Rs 50 in the prices of LPG cooking gas cylinders, terming it as a “fallout” of the new government assuming power in Maharashtra.

NCP Chief Spokesperson Mahesh Tapase said 50 MLAs from the Maha Vikas Aghadi (MVA) rebelled against the then Chief Minister Uddhav Thackeray and a week later, the cooking gas prices were increased by Rs 50.

“The 50 MLAs were taken to Surat, flown to Guwahati and then to Goa, everywhere pampered in deluxe hotels… The ‘invisible force’ behind that operation to topple the MVA government must have cost a huge amount. Is there any connection between the 50 MLAs and Rs 50 spike in gas cylinder prices,” Tapase asked.

He also referred to the development as a consequence of the ‘E.D.’ government — of Chief Minister Eknath Shinde and Deputy Chief Minister Devendra Fadnavis — as pointed out by the latter (Eknath-Devendra) last week.

In a sharp attack, Congress state President Nana Patole asked Prime Minister Narendra Modi how can the masses afford the huge hike of Rs 50 for domestic gas cylinders in the all round inflation.

Tapase pointed out that barely 24 hours ago, Chief Minister Eknath Shinde had promised to reduce taxes on petrol-diesel and today, people got a shock when the BJP government hiked the gas cylinder prices, indicating that the reality is very different from perceptions.

Patole recalled how, ever since the Modi regime came to power, the inflation graph has been rising and the government has “failed to control” the price rise.

“Owing to the continuous price hikes, essential commodities have also gone out of reach of the common masses. In 2014 ,during the Congress-led UPA government, the gas cylinder cost Rs 450, ensuring the commoners were not hit by inflation,” said the Congress chief, adding: “The subsidies extended by former Prime Minister Manmohan Singh have also been removed by the Modi government, and Indians are using the most expensive gas in the world.”

Claiming that it is impossible to get a new gas connection, Patole said it cost Rs 2,200, plus Rs 4,400 security deposit, regulator price has gone up by Rs 100, and then highly-priced monthly refill cylinders costing Rs 1,000-plus.

Referring to the Centre’s figures of 9-crore gas connections given under the Ujjwala Yojana, Patole demanded to know how many of those beneficiaries can afford the revised cylinder prices, and now they cannot go back to kerosene which has been stopped to them.

“The economy is on downslide, the Indian Rupee falling daily against US Dollar, but the government has already looted the people of Rs 26 lakh crore on fuel taxes and filling its own coffers as the masses continue to suffer in the whirlpool of inflation,” said Patole.

The fresh increase in cooking gas prices has attracted severe flak even on the social media groups. 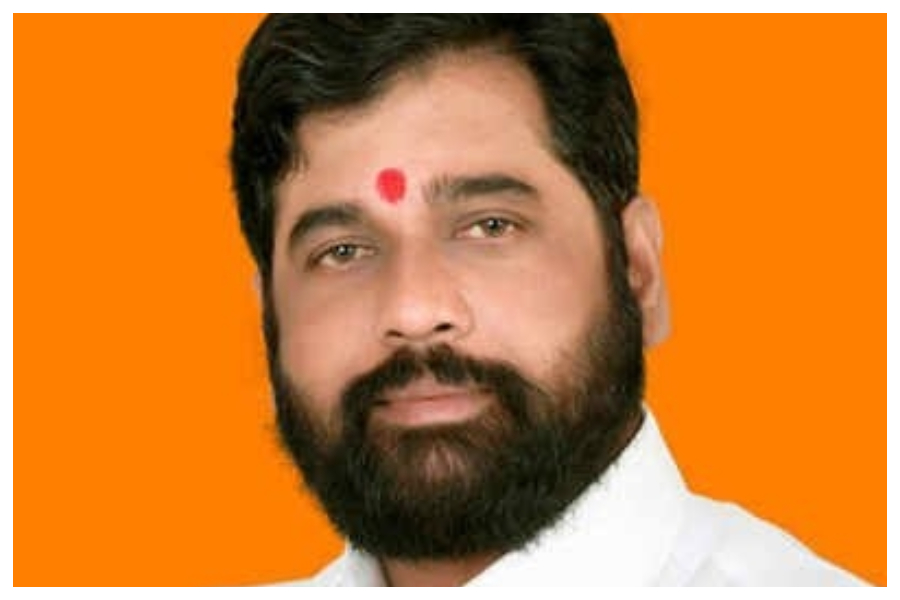 Maharashtra Chief Minister Eknath Shinde on Wednesday ordered the appointment of a nodal officer who can coordinate with the Brihan Mumbai Municipal Corporation (BMC) and the Indian Railways especially during the monsoon.

He called upon the Railways – the Central Railway, Western Railway and Mumbai Metro – to remain vigilant and coordinate with the BMC to ensure that train services do not break down during heavy rain in the city.

Saying that commuters should not be inconvenienced in case of torrential rain, Shinde asked the Railways to seek help from BEST, the local state transport service, while taking an overview of the monsoon situation in the state.

The CM also asked for sufficient information on the rainfall status to be relayed to the people for which various agencies should appoint liaison officers or coordinators.

“Deploy the officers to go and work in the field. The situation can be better managed if the officers work in actual ground conditions,” Shinde said.

Recalling deaths on bad roads during monsoon in Mumbai and other cities, he called upon the civic administration to fill up all the potholes carefully with cold-mix methods to avoid casualties.

The BMC must monitor the flood situation and take care that lives are not lost in the flood-prone areas, and the administration should be prepared to shift the affected people to safer locations in time.

In areas facing the risk of landslides or hillslides, the CM said the local people must be urged to remain cautious, be prepared to move them and in case they are shifted to safer locations, suitable arrangements for their accommodation and meals should be made.

The CM’s proposal is considered important as in the past, during monsoon tragedies, various central, state and civic departments have pointed fingers at each other.

Since Monday evening, Mumbai, the coastal Konkan region and other districts of the state have been lashed by heavy rain, with many towns inundated disrupting normal life even as the IMD has issued Orange and Red Alerts for several districts till Friday. 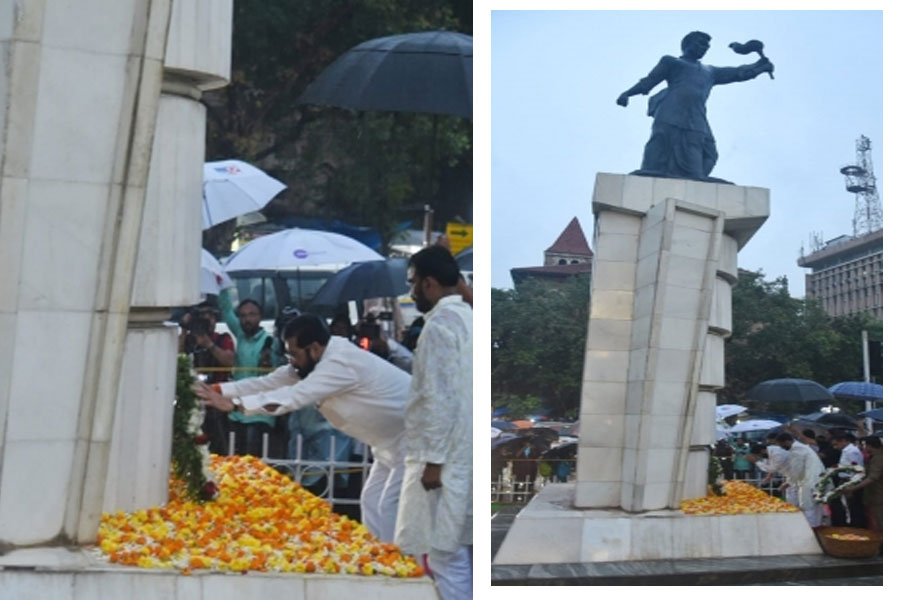 Maharashtra Chief Minister Eknath Shinde on Monday said he was ‘oppressed and suppressed’ for long and treated in an unfair manner that ultimately resulted in the major revolt that led to the collapse of the Maha Vikas Aghadi government headed by former CM Uddhav Thackeray.

In his maiden address to the Assembly after winning the crucial vote of confidence – 164 in favour and 99 against – Shinde recalled that the recent political happenings did not occur in just one day and was the culmination of many past instances when he was short-changed.

“There are many people here, like (Shiv Sena MLA) Sunil Prabhu, and others who have witnessed how I was treated and suppressed for long,” said Shinde, at times becoming emotional and sad.

He harked to NCP President Sharad Pawar, and how he had reportedly said that NCP-Congress leaders were unwilling to work under Shinde, and then he (Sharad Pawar) insisted that the Sena President Thackeray should assume responsibility as CM.

However, after the MVA came to power, Shinde mentioned how senior leader Ajit Pawar – the new Leader of Opposition – had told him that an ‘accident’ had taken place in the Shiv Sena and Congress-NCP was never against him (Shinde) becoming the CM.

In November 2019, the Shiv Sena joined the MVA alliance of Nationalist Congress Party-Congress which collapsed on June 30, 2022 after 31 months in office.

Hinting at a grudge even during the previous Bharatiya Janata Party-Shiv Sena regime, Shinde said he was promised the post of Deputy CM, and even BJP’s Union Minister Nitin Gadkari had assured him of a ‘good post’ soon – which never materialised.

“I was continuously harassed in the MVA, treated unfairly even during the assembly elections. So, I rebelled against all the injustice. I have got justice now. Even if we are martyred, we shall not retreat,” Shinde asserted.

He said that after the rebellion (June 20), the group of MLAs supporting him were branded as ‘traitors’, but said “we are not traitors, and fought for justice just as Balasaheb taught us.”

He described the two-and-half years in the MVA government as “not a very happy experience”, with people writing against Veer Savarkar and talking against Balasaheb Thackeray.

Shinde also elaborated on his fondness for the Sena where he grew politically under the guidance of Thane’s Anand Dighe and then Balasaheb Thackeray, terming the party as “my family where I spent my life”.

“I never hankered for any position. I am grateful to the BJP. Our natural alliance is with BJP. I tried to tell this to Uddhav Thackeray five times. The MLAs were asking how to remain in power with those who are anti-Hindutva. We are the Shiv Sainiks of Balasaheb and Dighe,” said Shinde.

“We will now establish the ‘aam aadmi and people raj’. In the next elections, we shall win 200 seats,” said Shinde.

In his speech, the BJP’s Deputy Chief Minister Devendra Fadnavis extolled Shinde’s virtues, his long political career, contributions and many sacrifices which were ignored for long.

Taunting at the trolls who roasted him for his ‘Mee Punha Yaeen’ (I will return) slogan of 2019, Fadnavis said: “I have indeed returned, and this time brought even Eknath Shinde with mea!”

However, now, he would take his sweet “revenge” by ‘just forgiving’ the trolls and critics who severely lampooned him for so long.

To the rants by some Opposition MLAs shouting “ED, ED” at some MLAs during the vote of confidence, Fadnavis shot back, saying “its correct that the new government is formed by ED – Eknath and Devendra.”

He also took a swipe at Thackeray, without taking his name, saying there was a ‘deficit in leadership’ in the previous regime, but now strong and dedicated leaders (Shinde-Fadnavis) would be available 24×7 to serve the people.