On Monday, the city saw history repeat itself. Chaos reigned on Western Railway routes, as office-goers lost their regular AC locals to the new timetable. Earlier this year, commuters on Central Railway were caught in a similar situation, but the suburban railways failed to learn any lessons. Demanding their 7.54 am Borivli-Churchgate AC local back, commuters have submitted to WR a petition with 1,300 signatures.Why make such important changes and that too without informing the public well in advance,” complained commuters on Western Railway (WR). With addition of 31 new services on October 1, the new timetable of WR suburban services changed drastically, because of which many office-goers missed their usual locals and were late to office on the first working day of this month.
The rescheduled local
Just like Central Railway saw commuters protest the cancellation of some services and rescheduling of 7.47 am Dombivli local, WR changes left people irked. Commuters protested over cancellation and rescheduling of 7.54 am Borivli-Churchgate local on Monday. A petition with 1,300 signatures of the commuters has been submitted to the WR authorities. Ironically, both Dombivli and Borivli are stations with high revenue for AC trains on their respective lines. “The first-ever AC local service in Mumbai was 7.54 am Borivli-Churchgate fast with a fabulous ridership. It was ideal for office-goers whose work starts at 9.30 am. But it was suddenly cancelled. Who comes up with the idea of cancelling such important services?” asked commuter Prathamesh Sawant.

“The revised timetable is of no use. There’s just one AC local from Virar to Churchgate in the morning peak hour and that too after a gap of 1.20 hours. At Mira Road and Dahisar stations today, the Railway Protection Force had to be called to shut the automated train doors, as there was overcrowding,” said Hiren Makadia, another commuter.

“With the heat, the commute in AC locals was a godsend. However, with the current timetable changes, peak hours are now flat, with minimal AC trains, particularly from Virar in the morning. Currently, there is an urgent need to retrofit existing fleets with three dedicated AC coaches, resulting in a train of 15 coaches rather than 12. AC locals place too much strain on general trains. The only way to simplify the services is by integrated retrofitting,” said Ashish R Dwivedi, a publicist who commutes from Virar to Prabhadevi.

“Furthermore, the Railways must be more proactive in terms of preparing and alerting passengers. Ideally, the timetable should have arrived two weeks before the launch date, allowing passengers to adjust their daily travel accordingly,” Dwivedi added.

Aparna Jadhav, a resident of Andheri East, learnt about the new timetable after waiting for her regular AC local for several minutes. “Timely announcements of the revised timetable would have been better and saved me from the hassle and from getting late to office,” she said.

“We have taken note of the complaints. We have included two services in the morning peak hours from Borivli–8.26 am and 10.16 am trains. The other services have been extended to Virar to cater to more commuters based on the demand. However, we are getting one more AC train into service soon. We will try to see how we can work towards fulfilling commuters’ demand once we get the new train,” said Sumit Thakur, chief public relations officer, WR.

Central Railway commuters witnessed showers inside the Kalyan-CSMT AC local in the dry city. The roof of the women’s coach was leaking and the “water flow was intense and caused inconvenience,” said commuter Sheela Mullick. “There was leakage from the AC duct of one coach (no 7066B) in K-36 train. It was possibly due to malfunctioning of the temperature sensor. It was attended to immediately. An investigation is underway by downloading the data at the car shed,” a CR spokesperson said. A few evening AC services were cancelled on CR.Oct 1
Day the new timetable came into effect

Bio-loos plants will be Intalled soon on 6 wards in Mumbai : BMC 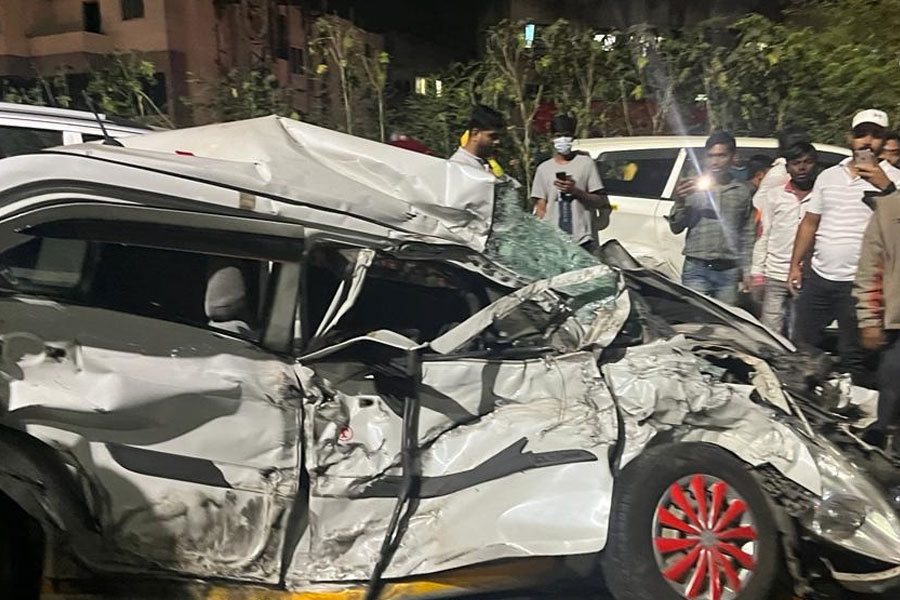 At least 30 people have been injured after a tanker crashed into several vehicles at Pune’s Navale bridge on Sunday. The accident resulted in a 48-vehicle pileup, a Pune Fire Brigade official said.

“A major road accident occurred at Navale bridge on the Pune-Bengaluru highway in Pune in which about 48 vehicles got damaged. Rescue teams from the Pune Fire Brigade and Pune Metropolitan Region Development Authority (PMRDA) have reached the spot,” the official said.

According to local media, the brakes of a tanker failed and it collided into several vehicles. During the accident, which reportedly occurred at 9 pm, oil spilled onto the road making it slippery which caused other vehicles to be added to the pileup.

The accident has led to traffic congestion on the road to Mumbai with jams over 2 km long being reported.

Navle Bridge is becoming a hot spot of accidents from last few days. On Friday, a woman was killed after being hit by a speeding car near the bridge on the outer ring road. 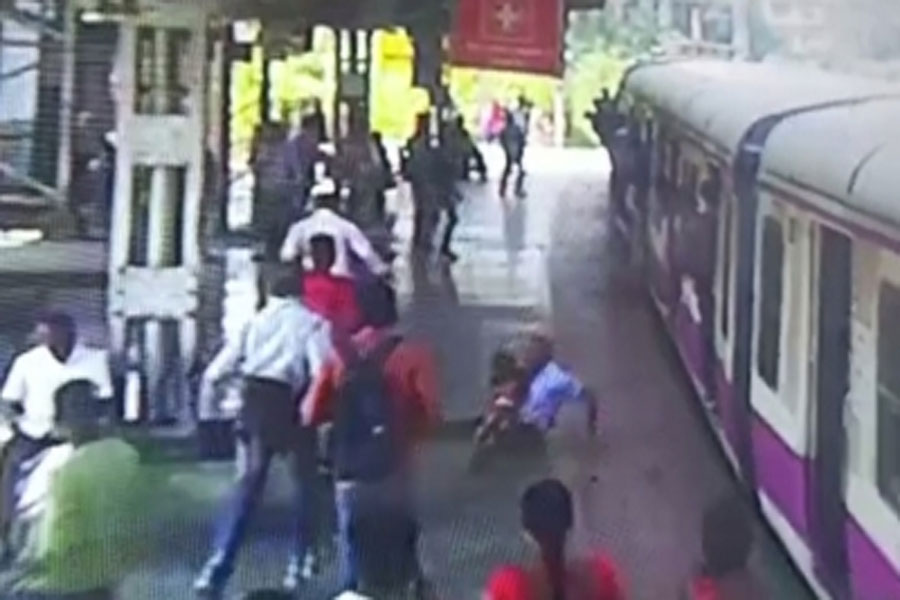 Displaying alertness and bravery, a Railway Protection Force jawan saved a woman and her toddler from being run over by a local train in Mumbai, Central Railway officials said on Wednesday.

The incident occurred around 12.04 p.m. on Tuesday when the woman, with her one-year-old child in her arms, was attempting to board a heavily-crowded local train at Mankhurd which was bound for Chhatrapati Shivaji Maharaj Terminus.

Owing to the overcrowding, the woman lost her balance, slipped and tumbled in the gap between the moving train and the platform, said CR chief spokesperson Shivaji Sutar, sharing a video of the incident.

Noticing this, alert RPF constable Akshay Soye nearby jumped to grab the woman’s baby and some other commuters rushed to pull out the shocked woman onto the platform.

Both the mother and child were in a state of shock but safe and sound, said Sutar, lauding the efforts of constable Soye to save them from potential injury or death.

This year, the CR’s vigilant teams of RPF jawans have helped save around 62 persons in different parts of Maharashtra, many a times risking their own lives, with many CCTV or commuter videos on such incidents going viral on social media or traditional media.

Of these, the maximum – 24 persons – lives were saved in the congested Mumbai Division alone, 14 in Nagpur Division, 12 in Pune Division, 8 in Bhusaval Division and 4 in Solapur Division, said the officials. 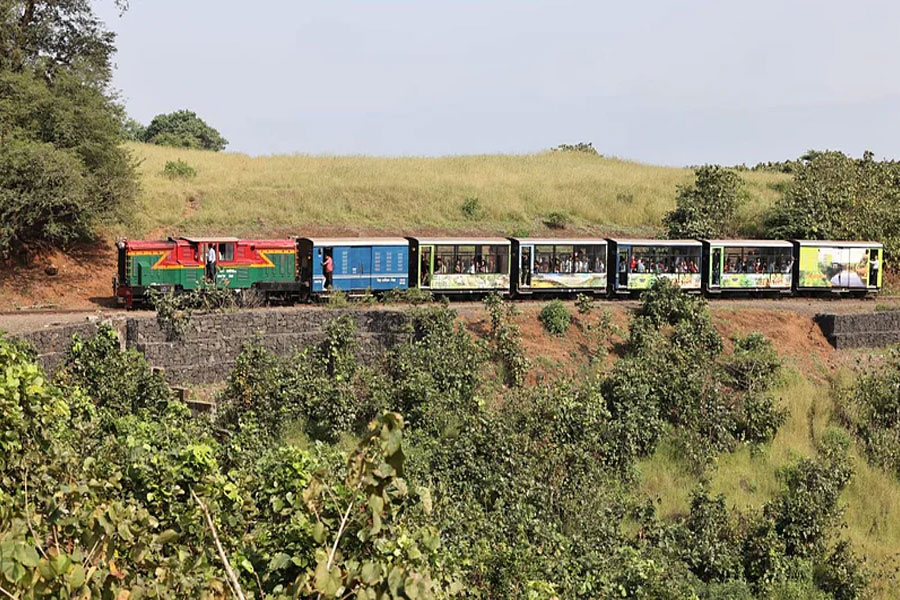 Matheran is the nearest and the most popular tourist destination for the citizens of Mumbai, Pune and surrounding area. The Neral-Matheran Toy train, which is more than 100 years old, is one among the few mountain railways in India.
The Neral- Matheran track was washed out due to heavy downpour in 2019. Since then Central Railway has been rebuilding and restoring the rail line on a war footing. The narrow gauge line winding up the mountains from Neral to Aman Lodge was finally ready and services on the line resumed on 22.10.2022.

Passengers have welcomed back the toy train services with unbridled joy and have given an overwhelming response.

Central Railway regularly runs shuttle services for passengers between Aman Lodge and Matheran. These figures indicate the important role of Railways in providing a safe and comfortable travel to its passengers coming to this tourist destination.

Central Railway is popularizing this place not only as a major tourist destination but also as a place which takes one close to Nature. It provides the thrill of watching Nature closely along with a memorable ride in the Toy train thus immersing oneself in the serenity of the natural environment of Matheran.