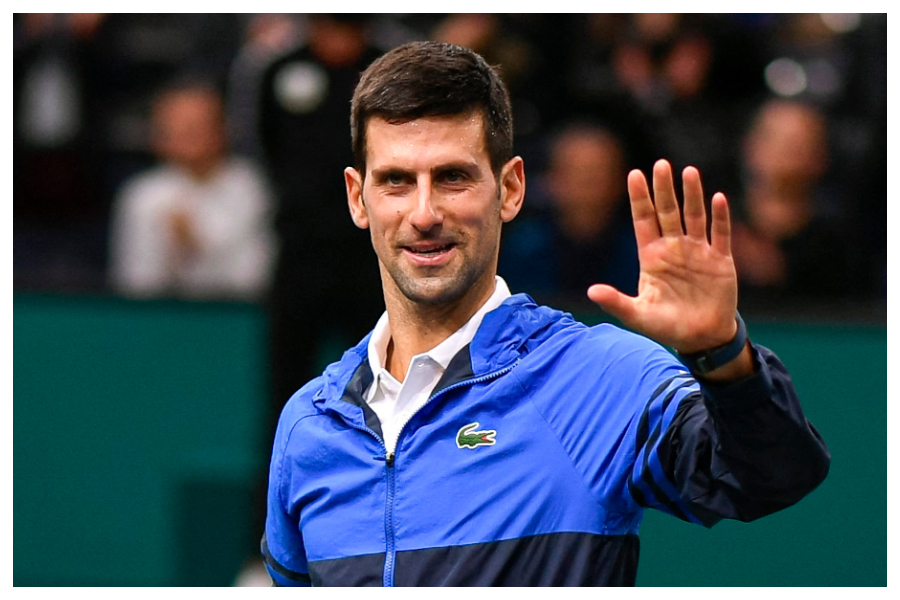 Novak Djokovic of Serbia made history by securing the year-end No. 1 ATP ranking for a record seventh time, breaking the tie with American legend Pete Sampras.

Djokovic, who has won three majors this year – Australian Open, French Open and Wimbledon, though he missed out on the US Open title after losing to Russian Daniil Medvedev in the final – defeated Poland’s Hubert Hurkacz in Saturday’s Rolex Paris Masters semifinals to eclipse Sampras’s record.

Djokovic rallied from a set down, and a shock final-set fadeout, to defeat Hurkacz 3-6, 6-0, 7-6(5) to power into his seventh Paris Masters final. The Serb will meet Medvedev in the final here after the reigning champion powered into his second consecutive Paris Masters final, snapping Germany’s Alexander Zverev’s eight-match winning streak with a 6-2, 6-2 win.

“Just proud and extremely happy. Obviously that was one of the biggest goals and it’s always one of the biggest goals, to try to be No. 1 and end the season as No. 1,” Djokovic told atptour.com. “To do it for the record seventh time and surpass my childhood idol and role model, Pete, is incredible. Very grateful, very blessed to be in this position.”

The 34-year-old, who extended his record as the oldest man to finish year-end No. 1, came within one victory of completing the calendar Grand Slam in 2021. He went 27-1 at the four major championships with trophies at the Australian Open, French Open and Wimbledon. Djokovic’s bid to match the feat of Don Budge (1938) and Rod Laver (1962 and 1969) ended in the US Open final where he lost to world No.2 Medvedev.

In addition to his three major titles, Djokovic also triumphed on home soil at the Belgrade Open in May. He became the first man since Laver to win each major twice at Roland Garros in June and earned a sixth Wimbledon title in July, drawing him level on a record 20 majors with Federer and Nadal. Djokovic’s career trophy haul stands at 85, which is fifth in the Open Era.

Djokovic will attempt to secure a record-equalling sixth ATP Finals trophy at the Pala Alpitour in Turin from November 14-21. He will be making his 14th appearance at the season finale, where he will officially receive the year-end ATP Tour No. 1 trophy.

Earlier, Medvedev put himself in a position to lift the Paris Masters trophy again as he dictated the terms against Zverev with his powerful groundstrokes to set up a summit clash with Djokovic after 80 minutes.

“We had a tough match,” Medvedev said. “Sometimes the score doesn’t show exactly what happened on the court. I am happy to have this score, but he (Zverev) had 2-1, 15/40 in the first set on my serve. I think this first break of serve when you play Sascha (Zverev) is really important because he gains confidence. I am really happy I managed to raise my level throughout the match and I didn’t make too many unforced errors,” said Zverev after the match.

We should have done better, says bowling coach Arun on match vs Pakistan

Gayle says he has not made a decision to retire just yet, but the ‘end is coming’