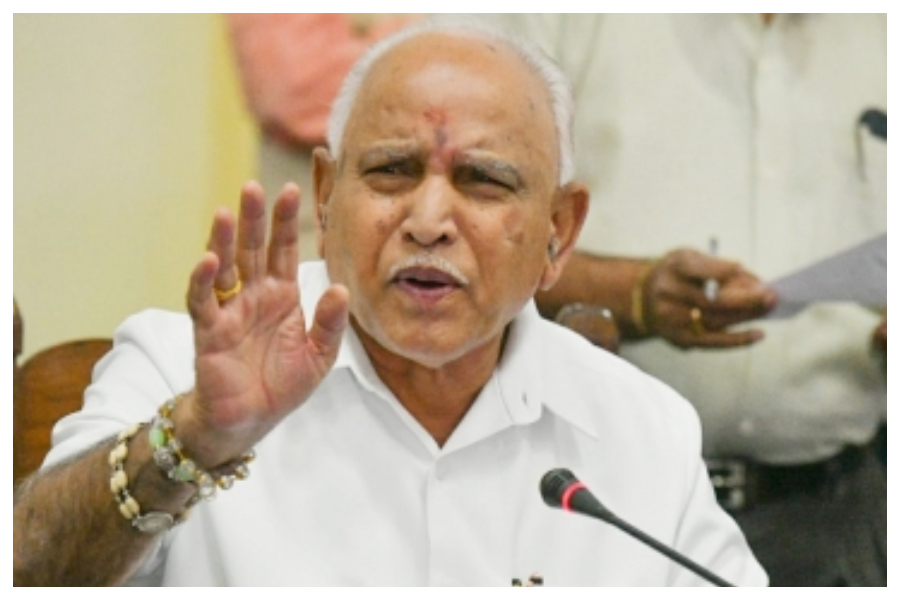 The sensational findings of the Income Tax Department during the recent raids in Bengaluru and other places on former Chief Minister B.S. Yediyurappa’s close aide B.R. Umesh and others is a setback for the BJP veteran, party sources said.

During the search and seizure, undisclosed income of about Rs 750 crore was found. Out of this, an amount of Rs 487 crore has been admitted by the respective group entities as their undisclosed income. The searches which started on October 7 have been carried out at 47 premises spread across 4 states.

Former Chief Minister H.D. Kumaraswamy has made serious allegations that the IT raids have been conducted on the close aides of Yediyurappa only with an intention of giving him a ‘checkmate’ and taming him.

“Yediyurappa and Opposition leader Siddaramaiah met in Mysuru to plan how to weaken BJP in Karnataka. Anyone with little common sense could sense why close aides of Yediyurappa and his son B.Y. Vijayendra have been targeted by the IT department. It is being done with an intention to put brakes on Yediyurappa by the BJP,” he charged.

“I do not have any hesitation in saying this. BJP wants to control Yediyurappa,” he underlined. However, the findings of the raids have given a serious turn to the events as an in-depth probe is expected to be conducted into the misappropriation now.

The Income Tax Department carried out search and seizure operations in the case of three major contractors based out of Bengaluru, engaged in the execution of irrigation and highway projects including B.R. Umesh, the aide of Yediyurappa for three days from October 7.

Sources explained that there are all chances of money trail reaching Yediyurappa as the raids were focused on projects of Irrigation department under the Water Resources ministry involving implementation of various projects more than Rs 20,000 crore.

IT department further claimed that one of the groups has admitted to having indulged in inflating labour expenses amounting to Rs 382 crore. Further, another group has been found to have taken accommodation entries, from non-existing paper companies to the extent of Rs 105 crore, which has been admitted by this group.

These huge misappropriations would attract investigation by the Enforcement Directorate (ED) in future, according to sources. Yediyurappa, who has begun to assert himself after stepping down as the Chief Minister now will have no other way but to fall in line with the party diktats, sources add.

Yediyurappa, despite being asked to step down from the top post, continues to be a mass leader and has a good hold on BJP legislators. Sources explain that he is disappointed with the party’s decision to corner him by not allowing him to take up a state tour and by not allocating cabinet berth to his son B.Y. Vijayendra.

Yediyurappa has all the capacity to cause damage to the prospectus of the BJP party in Karnataka in next assembly elections. Since BJP high command wants his support to come back to power but at the same time, it does not want to be under his shadow. Sources say that, with the IT raids, the party wanted to achieve these aims and findings of IT raids made the job of the party easier.

Meanwhile, the IT sleuths have conducted raids on the ‘Design Box’ company office and a hotel room where company owner Naresh Arora is residing. The company manages the social media platforms of powerful politicians in Bengaluru and also into the branding of politicians. The raids continued till midnight on Tuesday. Earlier it was said that the company is owned by Congress President D.K. Shivakumar. However, Shivakumar has denied it.