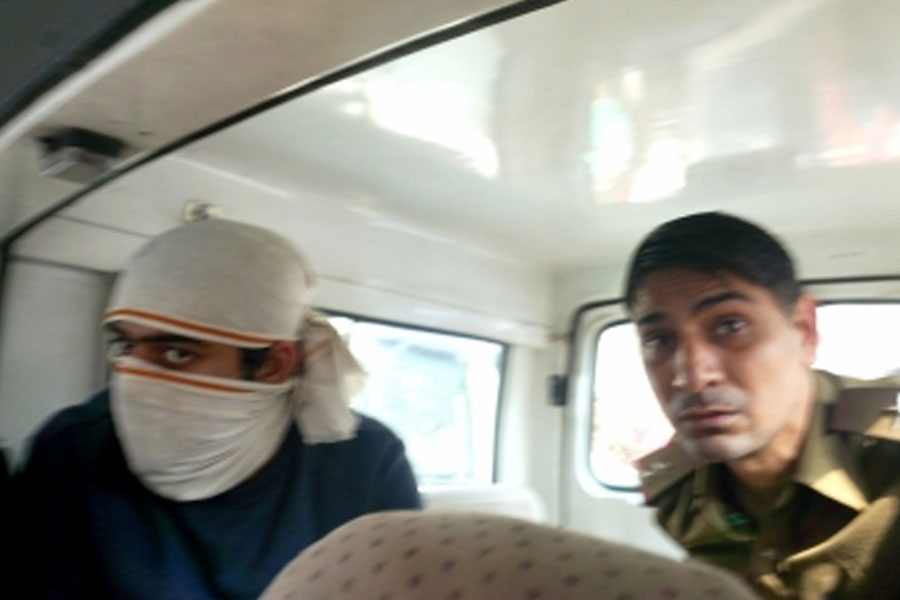 A Delhi Police team on Wednesday again visited the rented house, in south Delhi’s Chhattarpur, of Aftab Ameen Poonawalla (28), who has been arrested for allegedly killing his live-in partner and chopping her body into 35 pieces for disposal.

According to a senior police official, the police team, along with forensic teams, inspected the house again.

“The investigators have also spoken to the landlady and the rent agreement was also seized by police,” said the official.

The victim, Shraddha Walkar, had signed as witness in the rent agreement.

Police teams are looking for more evidence in the house. The weapon of offence, which has been missing since Aftab’s arrest, is also being searched for, said sources.

Meanwhile, the investigators say Aftab is not co-operating with them.

“His statements are frequently changing. He first told the investigators that he had thrown away the mobile phone of the victim in Maharashtra but now he claims that he had dropped the phone somewhere in Delhi,” a source said.

In what sounded like a Hitchcockian horror script, Aftab on May 18 had a fight with Shraddha, after she suspected him of cheating on her. He even beat her and after she fainted, he sat on her chest and then strangled her.

“This is not the first time she was beaten by Aftab. She had even told her parents and even her friends had rescued her from the clutches of Aftab but every time, she returned when he felt sorry,” one of her friendss said.

After chopping the body on May 18, the accused bought a new refrigerator with a large storage capacity the next day and stored the remains in it. To counter the stench, he lit incense sticks at his home.

Aftab was reportedly inspired by the American crime show “Dexter”, which tells the story of a man with homicidal tendencies who lives a double life.

Being a trained chef, the accused was adept at using a knife. However, the murder weapon is yet to be recovered.

He had thrown the body pieces at various locations over a period of 18 days.

Ahead of BMC polls, CM Shinde to inaugurate 51 health clinics in Mumbai

Students made to dance to Azan in sports meet, Hindu outfits protest in K’taka The committee, which will be headed by the Commissioner Women and Child Welfare will probe incidents of atrocities and cheating in the last one year reported in the media and make recommendations to curb them in future. The committee will submit its report to the state government in the next two months.

The members will not be entitled for honorarium as the committee has been established to make recommendations to the government.

The government’s move is important as Maharashtra has ranked third trailing behind Uttar Pradesh and Rajasthan in the total number of cases of crimes against women in 2021 as per the National Crime Records Bureau (NCRB) data. A total of 428278 crimes were registered against women of which Uttar Pradesh was ranked on top with 56,083 cases followed by Rajasthan 40,738 and Maharashtra 39,526.

The government’s decision comes when it anxiously awaits the Presidential assent to the Shakti Act which has proposed capital punishment in rape cases. The Act requires the trial in these cases to be conducted on a day-to-day basis and completed within 30 working days from the date of filing of the chargesheet.