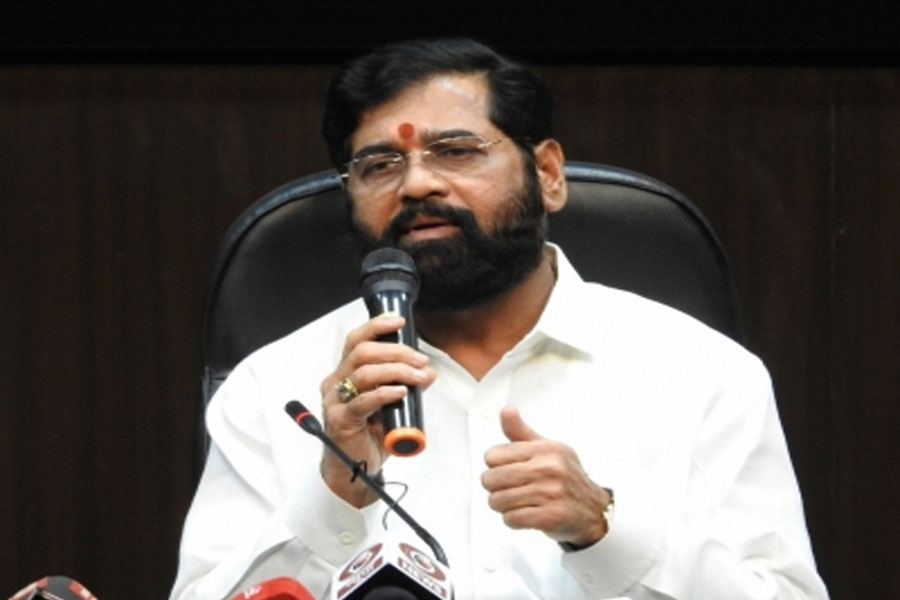 The Shinde Group legislators lampooned Shiv Sena leader and ex-minister Aditya Thackeray, displaying posters on which he is shown astride a horse facing the opposite direction, outside the Vidhan Bhavan building.

The banners carried slogans like �Yuvrajanchi Disha Chukli’ (the prince missed the route), and Maharashtra’s �pa pu’ or �param pujya’ and calling him the �Prince pappu of Maharashtra, as the Shinde Group MLAs raised slogans to counter MVA legislators.

The posters also ridiculed Aditya Thackeray for doing ‘nothing’ when he was the tourism minister, but instead touring the state now, adding that his ‘adamance’ cost the Shiv Sena its government.

On his part, Aditya Thackeray — the son of ex-CM Uddhav Thackeray — hit back by raising the familiar ’50 Khoke’ (Rs 50 crore in street slang) slogan implying how the Shinde Group MLAs allegedly got the huge amount to switch sides and topple the MVA government of Shiv Sena-Nationalist Congress Party-Congress in June.

Aditya Thackeray even joined the MVA chorus of ’50 Khoke, Chidley Boke’ (Rs 50 crore, irate cats), �gaddars’ (traitors) plus all the other slogans that have rattled the Shinde Group in the past five days of the legislature’s monsoon session, leading to a bout of jostling and fisticuffs on Wednesday.

He dared the Shinde Group’s 40 MLAs to resign from their constituencies and contest the elections afresh, saying, “Let the electorate and masses decide who is right or wrong once and for all.”

The Shinde Group hit back by demanding that first he should quit from his Worli seat where he was perched on the support of other legislators and an ex-Mayor, to which Aditya Thackeray said he would resign after the 40 MLAs from the rival camp quit.

“What they are indulging in is �Ravan Raj’, not ‘Ram Rajya’… I pity them as the 40 MLAs have been denied what they were promised. They should take up the issues of the people, farmers and youth,” said Aditya Thackeray.

The Congress-NCP MLAs also raised slogans demanding a �wet drought’ to be declared in the state, compensation to farmers and other related issues.

Bilkis Bano case: SC notice to Gujarat on plea against release of 11 convicts