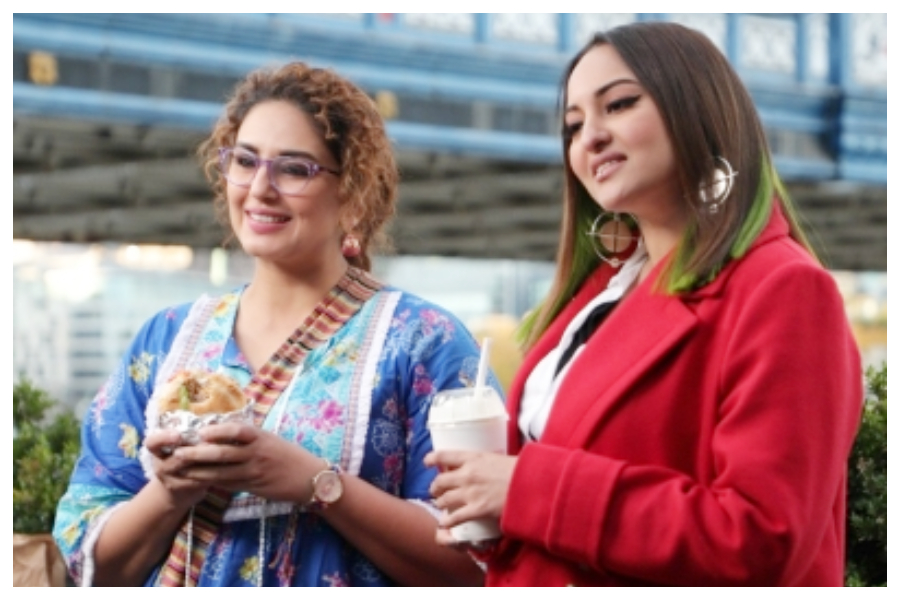 Bollywood actresses Huma Qureshi and Sonakshi Sinha, who are awaiting the release of their upcoming film ‘Double XL’, shared the backstory of a popular sequence from the trailer of the film.

The sequence in question shows both Sonakshi and Huma’s characters in the movie having had enough of people taunting them and telling them to eat a certain way to lose weight. They go to a diner and order a wide array of food one after the other which lends to a comical yet hard hitting scene.

After they shot this scene, not only Huma and Sonakshi but also the rest of the crew were tempted to eat those delectable treats that their dialogues mentioned. All of them ordered what they felt like and enjoyed a hearty meal.

Reacting to this memorable moment, Huma said in a statement, “There is actually a funny back story to that. After we were done with the scene, Sona and I were super tempted to sit down and eat at the diner.

“We actually went on to order the same food to indulge as we were all hungry and the food dialogue just fuelled our hunger further! The crew, Sona and I sat down and dug into the delicious dishes that the diner had and were super satisfied by the end of it.”

The movie aims to start a dialogue around body positivity and body shaming.

Adding to her co-star, Sonakshi said, “What comes across as a comical scene in the trailer and film was actually really tough for Huma, me and the entire cast! It was tough because we simply couldn’t manage to resist ourselves from ordering food after the shot was done! All of us sat down and enjoyed a classic diner breakfast with all the works.”

‘Double XL’ also has Zaheer Iqbal, and Mahat Raghavendra on its star cast. The film will debut in theatres on November 4.