Goa Chief Minister Pramod Sawant has scrapped his government’s Covid SOPs for the upcoming Ganesh Chaturthi season issued by the state administration, saying he does not agree with a specific guideline which bars priests from visiting homes to offer puja on the festive occasion.

The Congress on Wednesday slammed the BJP-led coalition government for the confusion ahead of the state’s most important Hindu festival, especially at a time when Covid cases have witnessed an increase in the neighbouring state of Maharashtra.

“I personally do not agree with some of the guidelines that were issued in the SOP, especially the one stopping priests from going to individual households for puja. Ganesh Chaturthi is the most important festival in Goa and such rituals are an integral part of it,” Sawant said, while announcing his decision to scrap the SOPs.

“While the expert committee may have suggested such curbs, I have asked the administration to withdraw the SoP immediately. Chaturthi must be celebrated with full fervour while taking all the necessary precautions, given the pandemic,” Sawant said.

The SOPs had urged families to use technology and social media platforms to perform puja on their own.

“The priest shall be prohibited [from] performing Ganesh Pooja by going to individual households, they may perform online pooja. Also the families should be encouraged to perform self puja using various technological means like YouTube, WhatsApp, etc,” the now cancelled SOPs also previously said.

The SOPs earlier issued by the state government had said that Ganesh Chaturthi ‘aartis’ and other allied programmes should be held via the online mode instead, especially when it came to public celebration of the festival, which the now-scrapped SOP said should be “preferably encouraged to conduct ‘Aarati’, ‘bhajan’, ‘kirtan’ and other religious programmes through online mode… or any other electronic media, instead of cultural programmes”.

The SOPs also said that organisers of public Ganesh celebrations “should give priority in organizing health camps including blood donation camps and through these programmes IEC activity may be carried out on corona, malaria, dengue and other diseases”.

The SOPs had also urged families to immerse the Ganesh idol — at the end of the festivities — in their own houses, instead of the standard custom where worshippers move out in groups to immerse Ganesh idols at the nearest water body like a lake, river or sea.

The Congress in Goa has slammed the government for the faux pas.

“Such an important SOP, connected to the majority of people who follow Ganesh Chaturthi in Goa. Such SOPs not passing through the CM is doubtful. Such a situation arises when the Goa administration is being run by bureaucrats,” party spokesperson Trajano D’mello said.

“In my opinion, this has been done essentially to divert the hurt feelings of every citizen of the state, due to the high prices that they are not in a position to celebrate with the same pomp and enthusiasm that Ganesh is celebrated all these years,” D’Mello added. 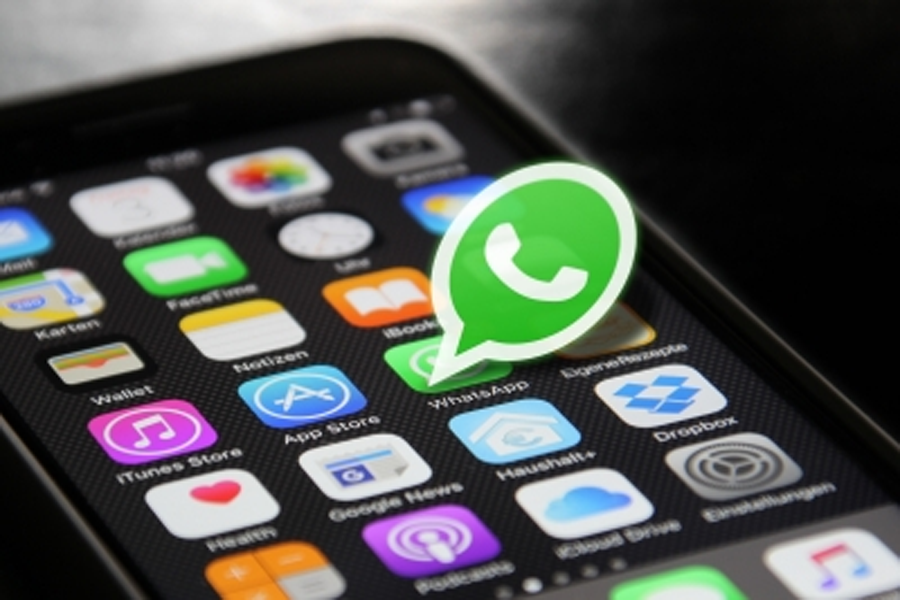 In wake of the Delhi High Court ordering the taking down of sexually explicit video of a judicial officer, social media platforms on Friday told the court that they have removed the video and blocked several URLs.

However, WhatsApp, the Meta-owned instant messaging app, told the court that it is not possible to erase the video from the platform until unless it is provided with users’s phone numbers and the court’s order.

Appearing for WhatsApp, senior advocate Kapil Sibal said that if they are provided with phone numbers, they will pull down the video if ordered by the court.

At this, the single judge bench of Justice Yashwant Varma told the plantiff’s counsel Ashish Dixit, to provide the phone numbers so that WhatsApp can take requisite steps.

Justice Varma listed the matter for next hearing on February 8.

The WhatsApp argument took place when the court was hearing a plea by the woman present in the video, who is reportedly the judicial officer’s steno. She moved the court arguing that the video is fabricated.

The Delhi HC on late November 30, directed the Centre and social media platforms to ensure that the sexually explicit video of a judicial officer, which had gone viral on the internet on November 29, be not shared, distributed, forwarded or posted further.

Justice Varma had also asked for the video to be taken down and blocked from all ISPs, messaging platforms, and social media platforms.

“Bearing in mind the sexually explicit nature of the contents of that video and taking into consideration the imminent, grave and irreparable harm that is likely to be caused to the privacy rights of the plaintiff, an ad interim ex parte injunction is clearly warranted,” the court had said.

The plea had sought a permanent direction to restrain the social media platforms from publishing or telecasting the video in question.

The court had also observed that the provisions under Section 354C of IPC as well as Section 67A of the Information and Technology Act “would appear to be violated” if further circulation, sharing and distribution of the video wasn’t restrained. 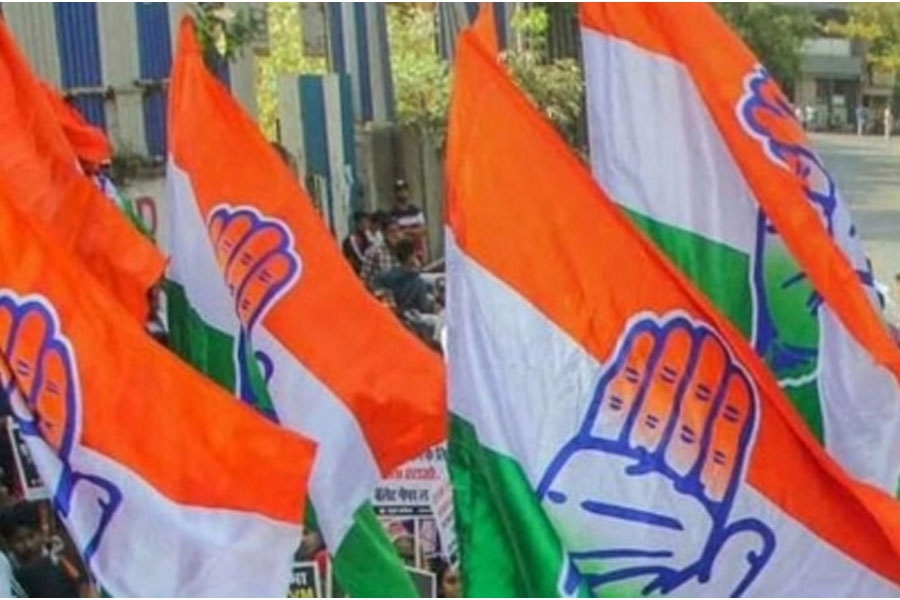 High drama continued ahead of the crucial meeting of newly- elected 40 Congress legislators of Himachal Pradesh to nominate the legislature party leader as it was delayed till Friday night, for the third time in a row.

The meeting, which is now slated for the night, was postponed with Member of Parliament and state unit chief Pratibha Singh’s supporters raised slogans in her favour, demanding her appointment as the Chief Minister.

The wife of former Chief Minister Virbhadra Singh, she is believed to be the frontrunner for the top job.

A day after getting majority in the 68-member Assembly, 40 Congress lawmakers were to meet in the state capital in the presence of party’s observers to nominate the legislative party leader.

At the meeting, a decision will be taken to authorise Congress President Mallikarjun Kharge to finalise the name of the legislative party leader.

The Congress on Thursday got an absolute majority in the Assembly elections, winning 40 seats – six more than the half-way mark of 34, while the outgoing BJP was reduced to 25.

Himachal Pradesh has not voted any incumbent government back to power since 1985.

Considering the family legacy and contribution, Pratibha Singh had sought votes in the Assembly polls on development carried out by her husband Virbhadra Singh during his six terms as the Chief Minister.

Pratibha Singh, who had not contested the Assembly polls, missed no opportunity to remind the electorate that the victory in Assembly election “will be a tribute to him (Virbhadra Singh)”.

“Not only the Congress supporters but also from other parties voted for us as a tribute for Virbhadra Singh,” said Pratibha Singh, who won the Mandi seat in the 2021 Lok Sabha bypoll and was appointed state chief well-ahead of the Assembly polls

She had spearheaded the poll campaign on the legacy of Virbhadra Singh, and banked on the party’s promise to bring back the Old Pension Scheme (OPS) that will benefit 225,000 employees, a crucial vote bank. 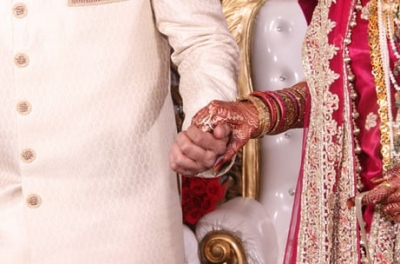 A man identified as Aslam Khan posed as a Hindu and tricked a poor family to marry their minor daughter to him in Jharkhand’s Bokaro. His real identity surfaced after the Jaimala (garlanding ceremony).

He was beaten up by the people present at the venue but fled in his Scorpio before he could be handed over to the police.

The incident took place in Kumhartoli in the Harla police station area in Sector-9 of Bokaro. The accused, aged around 50 years, is said to be a resident of Wasseypur, Dhanbad.

The girl’s father, Raju Kasera told the police that he was a vendor fending for the family of seven.

Raju added that they first met the accused on a visit to Dena Bank for a loan, where he introduced himself as Sanjay Kasera and started visiting their house regularly on the pretext of helping them with the loan.

He alleged that Sanjay posed as a police officer posted in Latehar and tricked his daughter by promising her a better future and pressurised them for the marriage.

He added that he agreed to his daughter’s marriage owing to their weak financial condition and threats.

The wedding was to take place on Wednesday night where Aslam aka Sanjay reached with some people.

During the event, a labourer who set up the wedding pandal claimed that the groom was Aslam Khan who he knew from jail where they were lodged a year ago.

The news shocked the people.

People of the right wing organisation, Bajrang Dal reached the venue after receiving information about it.

The accused and the people who accompanied him fled before the police arrived at the spot.

The police recovered an Alto car, a police uniform and a weapon from his belongings. An FIR has been registered against the accused on the basis of the girl’s relatives’ complaint.

District head of Bajrang Dal, Ajit Pandey demanded action against the accused, calling it a case of love jihad.

Preliminary investigation revealed that Khan had a criminal record. In May, 2021, Chas police sent him to jail on charges of fraud over money.

He was previously lodged in Chatra, Ranchi and Jamtara jails in several other cases.

According to police, the accused had earlier tricked a tribal woman into marrying him.