Chennai Super Kings captain Mahendra Singh Dhoni has said that what gives him immense confidence in the abilities of young batter Ruturaj Gaikwad is that fact that he is “willing to bat 20 overs”.

On Sunday the 24-year-old Gaikwad (70 off 50 balls) and Robin Uthappa (63 off 44 balls) played important knocks before Dhoni (18 not out off six balls) helped CSK book a spot in the IPL final for the ninth time, defeating Delhi Capitals by four wickets with two balls remaining in Qualifier 1.

Gaikwad, who is second on the ‘Orange Cap’ list with 603 runs, smashed five boundaries and two sixes at a strike rate of 140.

“Whenever I have a chat with Ruturaj, it’s very plain and simple chat as to what is going on, what are you thinking. It’s very important to understand how well he has improved over the period. Also his game plan, he is someone who is willing to bat 20 overs,” said Dhoni.

“I had a conversation with him (Gaikwad) after one of the games. If you’re an opener and you get a good start, there is nothing that says you can bat 10-12 overs. Why not till the 18th over. Right after that, he did that, which shows he’s willing to learn. He is somebody who plays authentic shots. He is a very good talent,” added Dhoni.

Dhoni said Uthappa, who scored 63 off 44 in the chase, likes to bat in the top order.

“Uthappa is somebody who likes to bat top of the order but Mo (Moeen Ali) has done very well for us at (No) 3. So we have a scenario where both of them can bat at 3, depending on overs or the opposition. So we have left it to god on whoever gets out at what time, one of you will bat at 3. We have to because we can’t decide. Depends on which opener gets out against which opposition we are playing.”

“It’s the full team (effort). It was the first time we didn’t qualify last year and emotions were high. But whatever games we had towards the end last year, we made the most of it. A lot of batters made the most of that. That’s the reason we have come back strongly. But credit goes to the support staff and everyone in the team. Without that character, we couldn’t have come back like this.”

Dhoni always motivates me, try to learn as much as possible from him: Gaikwad 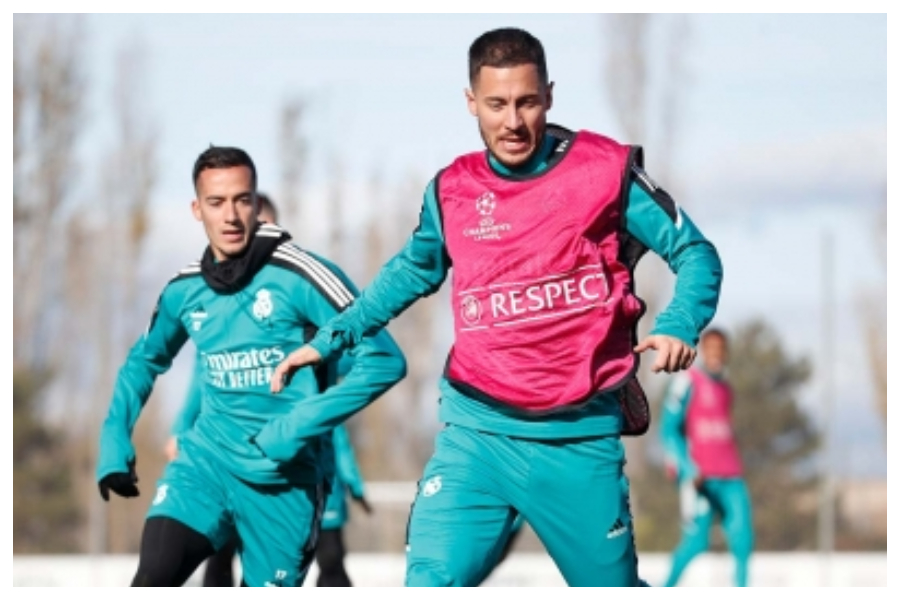 Real Madrid opened up an eight-point gap at the top of La Liga this weekend as both Atletico Madrid and FC Barcelona lost at home. Here are some things we learned in Spain over the past two days.

1. The title is Real Madrid’s to lose.

Real Madrid were lucky to beat Sevilla and Athletic Bilbao in their two previous games, but they were clear winners away to Real Sociedad in San Sebastian on December 4 night, with goals from Vinicius Jr and Luka Jovic seeing them home against a disappointing rival that seemed to suffer big night nerves.

The win lifts Real Madrid 10 points above a side that only three weeks ago was top of the table, and puts them eight ahead of Sevilla who are second with a game in hand.

You could argue that for much of the season Real Madrid have not been brilliant and the goals of Vinicius and Karim Benzema have sustained them, but even if that is true, they have still been better than everyone else and the title is clearly theirs for the taking.

Sevilla’s 1-0 win at home to Villarreal may have had a dose of fortune to it as Villarreal missed several chances to take a point, but it leaves Julen Lopetegui’s men in second place and quite possibly as Real Madrid’s main title challengers, Xinhua reports.

Lopetegui deserves credit as his side is without key players Youssef En-Nesyri and Jesus Navas, robbing him of his top goalscorer and right wing-back, but he has built a team based on a solid defense, with the ‘triangle’ of Fernando, Diego Carlos and Jules Kounde the foundation that allows others such as Lucas Ocampos, Joan Jordan and Ivan Rakitic to shine.

This is a decisive week for Sevilla with a Champions League visit to RB Salzburg followed by a league game in Bilbao, but for the moment they seem to be the most creditable of Real Madrid’s rivals.

3. A reality check for Xavi

Barca rode their luck to beat Espanyol and Villarreal in Xavi Hernandez’s first two league games in charge, but the 1-0 defeat to Real Betis on December 4 provided fans with a reality check.

Barca started brightly in the Camp Nou as they have done in Xavi’s other games in charge, but once their initial burst ran out of steam, Betis were comfortable and controlled the game except for a brief spell when Ousmane Dembele came on as a second-half substitute.

Xavi’s main problem is that without Lionel Messi, Luis Suarez or Antoine Griezmann and with Ansu Fati injured, he doesn’t have the players to score the goals when they are on top, while the number of young players in his side means it is hard to keep their performances going for 90 minutes.

4. All credit to Betis

It would be unfair to focus just on Barcelona after Saturday’s game. Betis produced an assured display in defense and even without key playmaker Nabil Fekir, they were able to dominate the ball for long periods of the game and create chances against Barca on the break.

Juanmi has gone from being a fringe player to the top-scoring Spaniard in La Liga, and much of the credit has to go to coach Manuel Pellegrini. The man nicknamed ‘the engineer’ is not a coach for a quick fix, but slowly and surely he gets his teams to win games with a mix of organization and individual talent. That’s why Betis are currently third in La Liga. 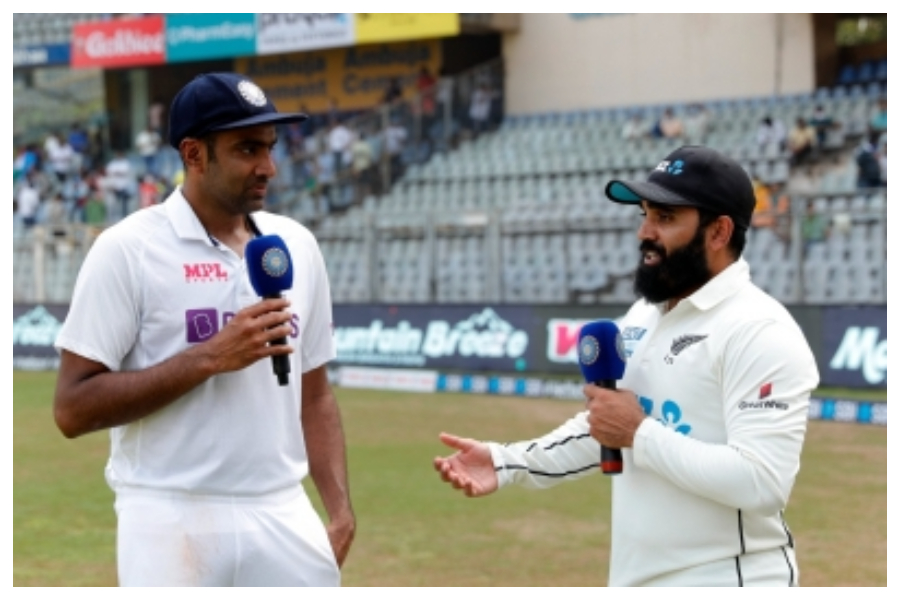 Former New Zealand skipper Jeremy Coney had demanded the Black Caps commit more time, energy and money to develop their spin bowling skills in the wake of the humiliating loss to India in the second and final Test at the Wankhede Stadium in Mumbai on Monday.

India thrashed the World Test champions by 372 runs to record their biggest victory by run margin. With this win, India also bagged 12 points in the World Test Championship 2021/23 standings.

The Indian spinners had reduced New Zealand to 140/5 in their second innings at stumps on the third day and they wrapped up victory in 43 minutes on the fourth morning, bundling out New Zealand for 167 runs in 56.3 overs to record a smashing win.

India’s spin magic was not lost on the 69-year-old Coney, who played 52 Tests scoring more than 2,600 runs for the Kiwis. He urged New Zealand Cricket (NZC) to spend some time and resources to improve the Black Caps’ skills at facing and bowling spin.

Though New Zealand spinner Ajaz Patel rattled India with his 10-wicket haul in the first innings, the visiting team batters were woeful against Indian spinners managing only 62 and 167.

“I think NZ Cricket need to be braver and believe in spin bowling and commit time and money to the development of that part of the game,” Coney said on SENZ’s post-Test coverage on Tuesday.

“We need a place to go where guys can practice facing spin and having a batting coach there, or we should try send guys to India. Another option is that we have a wicket in New Zealand that turns more than the others, so we get our keepers and fielders learning on these pitches. These are full-time players, and I think we can do more.”

New Zealand earned the dubious distinction of losing the match by 372 runs, which is their biggest margin of defeat after their previous loss by 358 runs against South Africa in 2007.

New Zealand will now play a two-Test home series against Bangladesh from January 1. 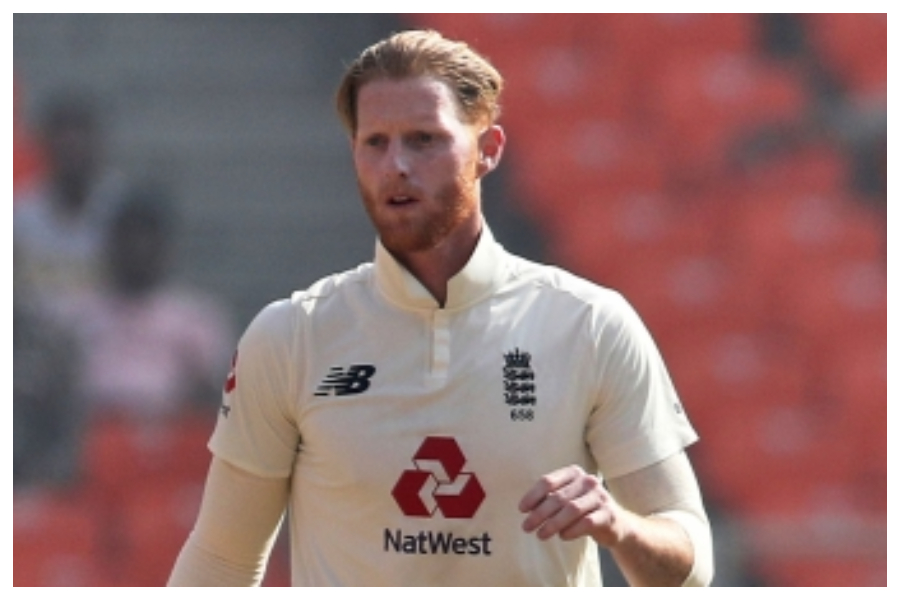 All-rounder Ben Stokes has been included in England’s 12-member squad for the opening Ashes Test beginning at The Gabba on December 8, putting to rest speculation that he might not be considered for the first Test as he is returning to competitive cricket after a long time.

Stokes could, however, still be dropped from England’s playing XI as skipper Joe Root will take a call on the final XI at the toss.

Pace bowling stalwart and England’s top wicket-taker in Test history, James Anderson too is missing from the playing XI.

Anderson, an England spokesperson confirmed, isn’t carrying an injury. Rather, the decision to leave out the 39-year-old has to do with managing his workload ahead of what will be a gruelling five-Test, high-octane series.

“Jimmy is fit to play, and is not carrying an injury,” an England spokesperson said. “With five Tests in six weeks, the plan was to get him ready for the second Test in Adelaide.

“With the limited build-up we have had so far on the tour, both him and the management didn’t want to take the risk of him playing after what had happened in 2019 at Edgbaston when he broke down on the first morning.

During the 2019 Ashes, England lost Anderson to a calf injury during the opening Test in Edgbaston and had to go through the rest of the match with a bowler short. Belying his age, Anderson bounced back thereafter, playing all the home Tests against India and New Zealand this year.

A statement issued by the England and Wales Cricket Board (ECB) said on Tuesday that, “England Men have named a 12-strong squad for the first Ashes Test starting at The Gabba in Brisbane on Wednesday 8 December. The final XI will be confirmed at the toss.”