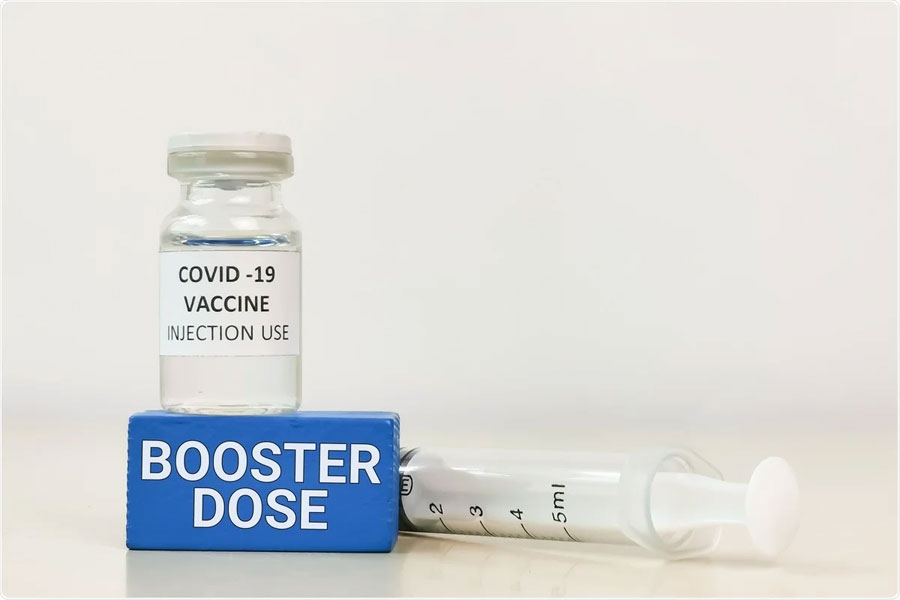 The Centre will provide free booster doses of Covid vaccines for the 18-59 age group at government vaccination centres under a 75-day special drive from July 15, Union Health Minister Mansukh Mandaviya announced on Wednesday.

The free booster dose drive will be held for next 75 days as part of the government’s Azadi Ka Amrit Mahotsav to celebrate the 75th anniversary of India’s Independence and to boost the uptake of Covid precaution doses, he said.

“Under the Amrit Mahotsav of Azadi, a 75-day free vaccination campaign will be conducted from July 15, in which all citizens above the age of 18 years will be given free vaccination doses at government centres”, Mandaviya said in a tweet. Mandaviya thanked Prime Minister Narendra Modi for this decision.

Urging eligible population to get the precaution doses, he said in subsequent tweet: “With this decision, India’s fight against Covid will be strengthened and additional security of citizens will also be ensured. I urge that all adult citizens must get the prevention dose.”

Less than 1 per cent of the target population of 77 crore in the 18-59 age group have been administered the precaution dose, as per a source. The initiative has been undertaken to increase the uptake the precautions doses.

However, around 26 per cent of the estimated 16 crore eligible population aged 60 and above as well as healthcare and frontline workers have received the booster dose.

To accelerate the pace of vaccination and encourage booster shots, the government also had initiated the second round of the ‘Har Ghar Dastak campaign 2.0’ across states and UTs on June 1. The two-month programme is currently underway.

Related Tags:Central government
Up Next

After two years of corona restrictions, Mumbai is now fully on its way. 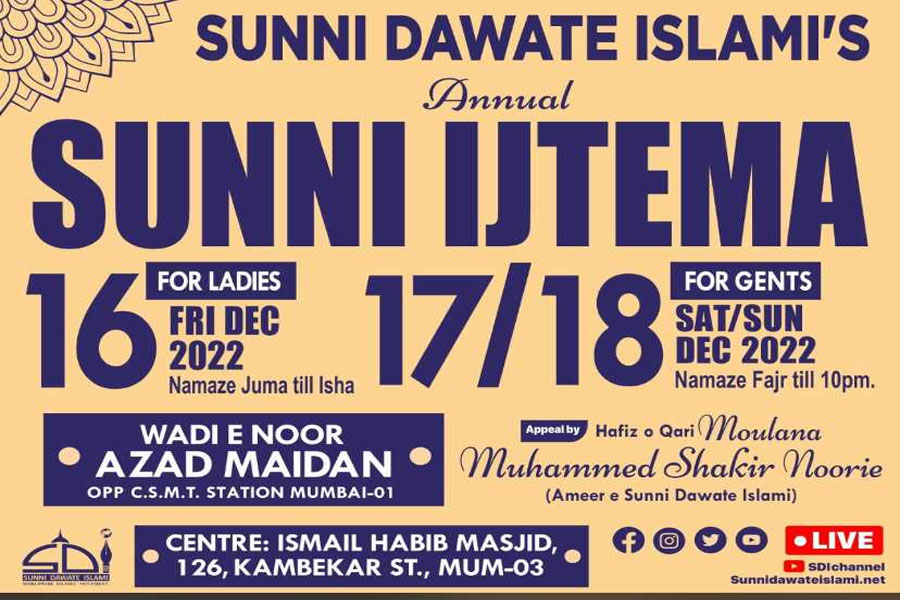 Two full years after the disaster of Corona, it is located at Joe’s (CSMT) in Azad Maidan, Mumbai. A three-day annual (Sunni) gathering is going to be held. Let us also tell you that this gathering has been going on continuously for 28 years, the most special and important thing of which is that people from not only the country but also from abroad come to participate in it.

This gathering is organized by Sunni Dawat-e-Islami, whose leader is Hazrat Allama Maulana Shakir Ali Noori.

This meeting which is to be held after two years in Azad Maidan, Mumbai. Its date 16,17,18 December 2022 has been announced. The bodies will start on the first day i.e. (16 December) 2022 immediately after Friday prayers at around 3 PM which will be for ladies only. And it will end at 9 pm.
Then 17 and 18 will be for men.

You should also know that this gathering will be the 29th (29th) gathering so far.

Mumbai weather update: City’s AQI at 175 improves to ‘moderate’ after being worse than Delhi yesterday 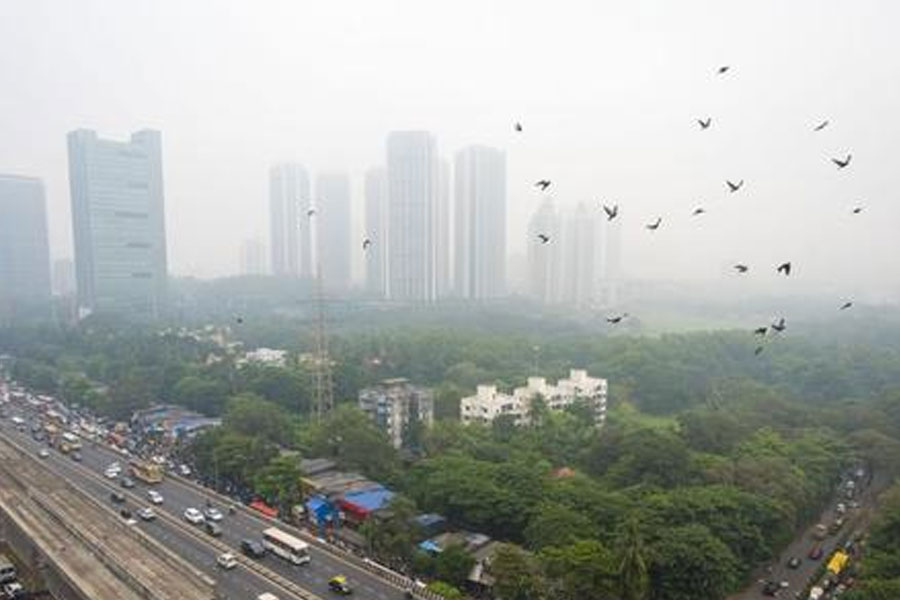 Mumbai’s Air Quality index (AQI) improved to 175 ‘moderate’, on Thursday 10 am, according to SAFAR. The report also stated that PM 2.5 and PM 10 concentrations in Mumbai were at 98 and 200 respectively. The current PM2.5 concentration in Mumbai is 6.5 times above the recommended limit given by the WHO 24 hrs air quality guidelines value.

The air quality of different areas in the city, and metropolitan region fluctuated between moderate and poor categories with Malad recording AQI of 249 slipping into ‘very poor’ category.

The city yet again attained ‘poor’ AQI of 215 during noon hours on Wednesday. It was worse than the national capital which, too, breathed ‘poor’ quality air with an AQI of 193. Although, it improved by the evening to moderate category of 197, but remained higher than that of Delhi.

The days in the city got colder because of the northerly winds blowing said the Indian Meteorological Department. The weather agency had forecasted a cold wave for parts of Maharashtra and said later that due to new weather system formation in Tamil Nadu, the temperatures may rise again.

The current temperature of the city is 25°C and the humidity percentage was recorded at 48%.

AQI of different areas in Mumbai

AQI of other metro cities

The air quality in Pune dipped amid cold wave to poor with an AQI of 158. Meanwhile, Chennai is seeing an AQI of 122. Hyderabad’s AQI was recorded to be 117 while Kolkata dipped to poor category from moderate with an AQI of 180. India’s Silicon Valley, Bengaluru recorded an AQI of 63 and Ahmedabad saw AQI of 104. Delhi’s AQI is ‘poor’ with the figure standing at 174 today.

Mumbai woke up to a rather breezy Wednesday on November 23. The air quality of different areas in the city, and metropolitan region fluctuated between moderate and poor categories with Mazgaon recording AQI of 317 slipping into ‘very poor’ category.

The city’s overall AQI remained in the moderate category as it stood at 180 while the pollutant PM 2.5 and PM 10 concentrations were at 98 and 162 respectively.

The AQI of the city remained in the ‘moderate’ category at 161 yesterday.

The days in the city got colder because of the northerly winds blowing said the Indian Meteorological Department. The weather agency had forecasted a cold wave for parts of Maharashtra and said later that due to new weather system formation in Tamil Nadu, the temperatures may rise again.

The IMD has predicted that the minimum temperature in the city will rise to about 20°C and the maximum to 32°C with mainly clear sky for the next 24 hours.

The current temperature of the city is 24.2°C and the humidity percentage was recorded at 48%.

AQI of different areas in Mumbai