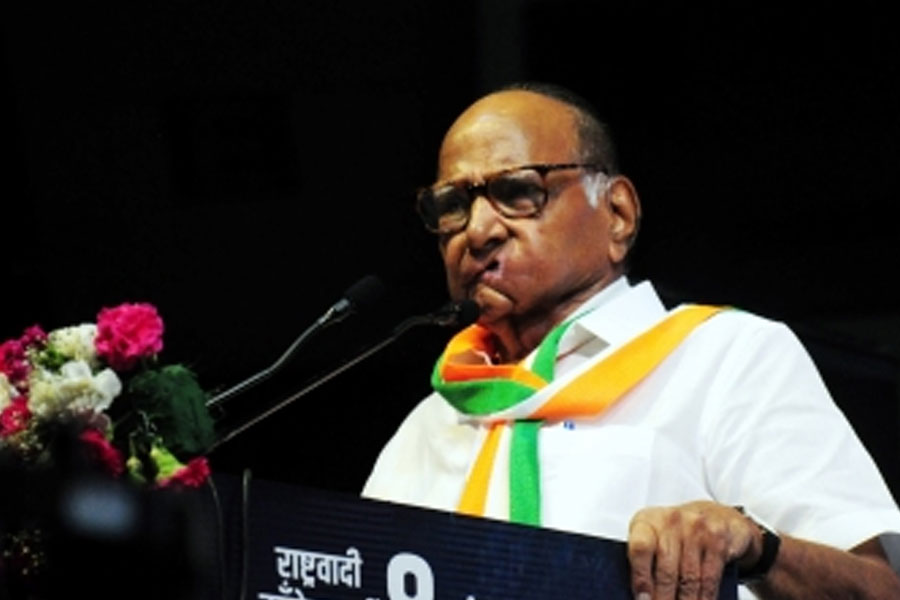 Trust the octogenarian Sharad Pawar to floor his audiences with a whack of his wit and spontaneous humour, on his many tours in the state.

It happened on Monday in Pune’s Purandar taluka where the intrepid 82-year-young Nationalist Congress Party President landed for a spot assessment of the havoc in region caused by the recent rains, and later dropped in at the NCP office in the Parinche village to interact with farmers and his loyal band of party workers.

Apparently concerned over Pawar’s health and wellbeing, an elderly farmer present at the meet sounded a note of caution to the NCP Bigg Boss.

In a grandfatherly fashion, he gently urged that “Pawar Saheb should refrain from going out too often, and instead sit at home and wield the remote control” on the party, as there fell a pin-drop silence.

Even as other farmers and senior NCP workers gulped nervously, wondering if that aging peasant would be scalped for the ‘blasphemy’, the benign Pawar walked upto take the centre-stage

With a glint in his eyes and a sly grin, Pawar quietly glanced around and then shot a mouthful at the farmer – “Have I become old? Who’s saying that? I am not old! How do you know?”

As the pin dropped onto a thunder of guffaws and cackles of laughter, Pawar also heartily joined the hilarity, which melted away the earlier few tense moments.

Later, he was back to his old favourite game – politics – and slammed the government of Chief Minister Eknath Shinde-Deputy CM Devendra Fadnavis over how they have abandoned the ryots reeling from the ravages of the recent rains in the state.

Senior leaders of not only the NCP, but even the Maha Vikas Aghadi (MVA) allies Congress and Shiv Sena (UBT) admit how Pawar’s ‘youthful’ tours inspires and buoys them to undertake such gruelling schedules though he has put in more than 55 years in electoral politics and more in public life.

It may be recalled how in January 2016 — when Pawar had been admitted to hospital for a routine medical checkup — it sparked off rumours of his ‘passing away’.

As people waited with bated breath, Pawar’s daughter Supriya Sule, senior leaders like Jitendra Awhad and others scotched the so-called ‘death rumours’, and released videos of him, sitting hale-and-hearty on the hospital bed.

On his part, Pawar remained lively and jovial, immensely enjoying the rumour-mongering at his expense, even remembering how the legendary Jayprakash Narayan had been ‘prematurely declared dead’ on March 23, 1979, by the then Prime Minister Morarji Desai in the Parliament, and later had to apologise to the nation.

Xi Jinping expects to be in command till 2035