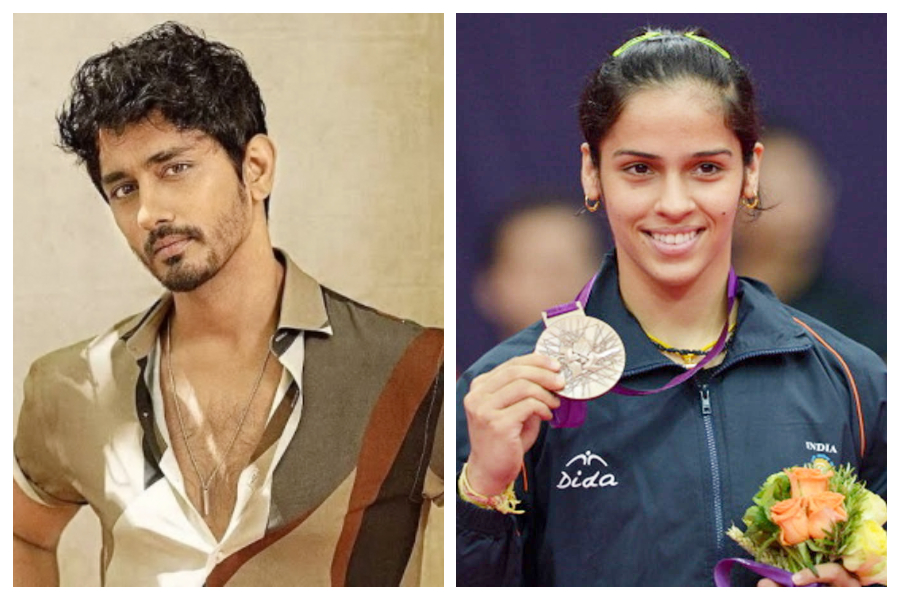 Actor Siddharth, whose response to a tweet by badminton player Saina Nehwal has stirred up a controversy, tendered an apology to the badminton star for what he called a ‘rude joke’.

In a letter posted on his Twitter timeline, Siddharth said: “Dear Saina, I want to apologise to you for my rude joke that I wrote as a response to a tweet of yours a few days ago.

“I may disagree with you on many things, but even my disappointment or anger when I read your tweet cannot justify my tone and words. I know I have more grace in me than that.

“As for the joke … If a joke needs to be explained, then it wasn’t a very good joke to begin with. Sorry about a joke that didn’t land.

“I, however, must insist my word play and humour had none of the malicious intent that so many people from all quarters have attributed to me. I am a staunch feminist ally and I assure you there was no gender implied in my tweet and certainly no intent to attack you as a woman.

“I hope we can put this behind us and that you will accept my letter. You will always be my champion. Honestly, Siddharth.”

Siddharth’s letter of apology comes in the wake of the National Commission of Women taking suo motu cognisance of the actor’s tweet in response to the badminton star.

In a statement on Monday, the NCW, terming the actor’s tweet as being “misogynist and outrageous to the modesty of a woman amounting to disrespect and insult to dignity of women on social media platform”, had said that it was seeking prompt and strict action against the actor.

The NCW had written to the Maharashtra DGP to investigate the matter and register an FIR under the relevant provisions of the law. It had also written to Twitter India’s Resident Grievance Officer, asking the social media platform to block Siddharth’s account and take appropriate action against him for posting offensive remarks on Nehwal’s post, thereby “outraging her modesty and insulting her right to live with dignity”.

Trisha recovers from Covid-19, to fly back from London

Delnaaz Irani recovers from Covid: ‘I cried when I tested positive’