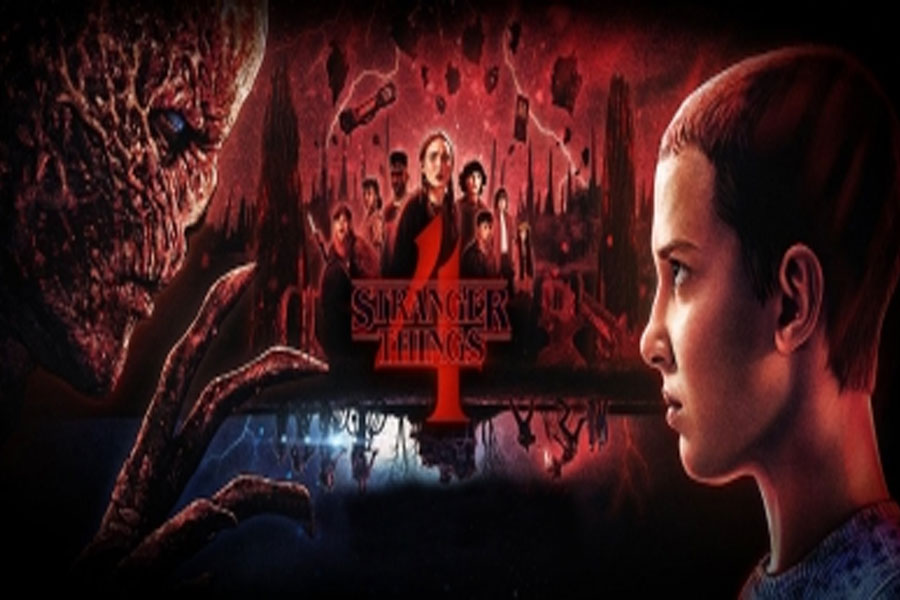 The science fiction drama was viewed for 7.2 billion minutes between May 30 and June 5, which was Season 4 Volume 1’s first full week of availability, easily landing in the No. 1 position on the chart.

Previously, ‘Tiger King’ and ‘Ozark’ were the only titles to have crossed 5 billion minutes viewed in one week, both reaching that milestone in March 2020.

‘Variety’ notes that the premiere weekend of Season 4 Volume 1 also landed at No. 1. Between the May 27 debut and the end of the viewing window on May 29, the series brought in 5.1 billion minutes viewed.

Netflix’s self-reported numbers for the premiere weekend, according to ‘Variety’, indicate that ‘Stranger Things’ Season 4 Volume 1, which consists of seven episodes clocking in at roughly nine hours, was viewed for 286.8 million hours – or roughly 17.2 billion minutes.

However, because Nielsen combines viewership of all available seasons, a more apt comparison would be Netflix’s reporting that between May 23 and May 29, Seasons 1, 2, 3 and 4 were viewed for a combined 371.3 million hours — or 22.3 billion minutes — versus Nielsen’s 5.1 billion.

Still, because Netflix measures viewing across all devices while Nielsen counts only TV viewing, a discrepancy remains.

Karan brews quite a heady espresso for S7 of ‘Koffee’