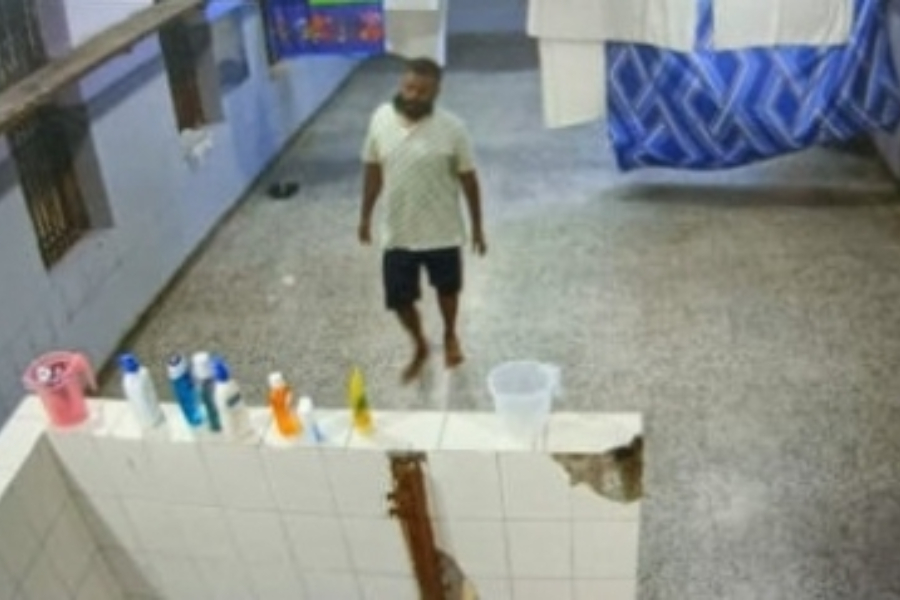 Jailed conman Sukesh Chandrashekhar twice went on hunger strike at the Tihar jail in protest against the prison authorities.

The conman wanted the Jail authorities to relax ‘inmate meeting’ rules for him as he wanted to meet his wife, who is also lodged at the Tihar prison, more than two times a month.

He protested twice and later went on a hunger strike for 10 days and then again for nine days, it was officially learnt on Tuesday.

Director General (Prisons) Sandeeep Goyal told that Sukesh didn’t eat food from April 23 to May 2 and then again from May 4 to May 12. “During this period he was put on IV fluid/Glucose (Intravenous) in the Jail dispensary,” Goyal said.

The top prison official informed that Sukesh was demanding to arrange a meeting with his wife Leena Maria Paul, who is currently lodged in Jail no.6 of Tihar Jail.

“In this connection, he is already being allowed ‘inter-jail mulaqat’ with his wife twice a month, i.e., on every 1st and 3rd Saturday of a month, as allowed to other inmates,” Goyal said, adding that the accused conman wanted extra ‘mulaqat’ in addition to these, which was not allowed. For this misconduct, a Jail punishment was also made against Sukesh Chandrashekhar.

Reportedly, there are 32 criminal cases registered against the couple — Sukesh and Leena — that are pending before the Courts.

Born in a lower middle-class family in Karnataka’s Bengaluru, Sukesh always dreamt of being a millionaire in his life and to materialise his dream, he was determined to earn money by hook or by crook. He started conning people from the age of 17. In 2007, he duped around 100 people of Rs 75 crore on the pretext of providing them a job. At that time he posed as a high-ranking bureaucrat. Later, after many years he also duped politician TTV Dhinakaran of Rs 50 crore.

Delhi Police’s Crime Branch arrested Sukesh on Dhinakaran’s complaint and he was lodged at Tihar Jail.

What was more astonishing was that the conman continued to run the racket from inside of the Tihar Jail. He is accused of extorting Rs 200 crore from the family of former Fortis Healthcare and Ranbaxy Lab promoters Shivinder and Malvinder Singh within the premises of the prison.

The Delhi Police had in November 2021 filed a charge sheet against the accused conman, his wife Leena Maria Paul and 12 others in the same case of duping Malvinder’s wife of Rs 200 crore.

The Economic Offence Wing (EOW) of Delhi Police had written to the Tihar Jail authorities to take action against 82 jail officials who allegedly helped inmate Sukesh by providing him luxurious facilities inside the prison.

In the letter, accessed that the EOW had mentioned the names of all the 82 jail officials.

Initially, Sukesh was lodged at Rohini prison complex and then shifted to Tihar Jail number 4 and now he is currently lodged at Jail number 1 of the Tihar prison.

During the probe, the CCTV footage of ten cameras of the Rohini jail were collected and examined and it was found that the view of CCTV cameras installed in the barrack of accused Sukesh was completely blocked by using curtains and putting mineral water bottles in front of the camera.

The EOW had mentioned in the letter that no action was taken to remove the objects from the view of the camera and for this jail officials got a hefty amount from Sukesh and his associates.

“Further, from the statements of the arrested Jail Officials and documents, facts and evidence collected during investigation, it has come out that the money was paid to all the staff irrespective of their duties as bribe to ensure that they keep themselves away from spilling beans and remain silent. The officials of the Jail No 10, Rohini Jail, have also been found involved in taking undue favour from the accused persons, hence, a detailed enquiry/investigation is required to be conducted to reach at a logical conclusion,” an excerpt from the letter read.

It has been learnt that inmate Sukesh used to pay around Rs 1.50 crore every month for luxury facilities without any hindrance.

Plans of militants to push Kashmiri Pandits out of Valley will be defeated: Jammu and Kashmir Police 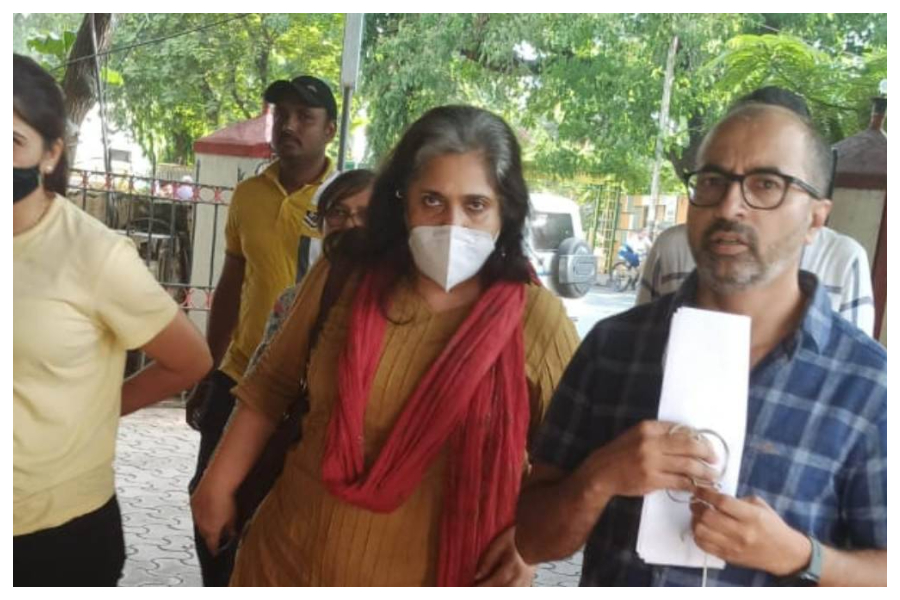 Ahmedabad Crime Branch after registering a case against former DIG Sanjiv Bhatt, former DGP R.B. Sreekumar and human rights activist Teesta Setalvad, have arrested Sreekumar from Gandhinagar, Teesta from Mumbai and Sanjiv Bhatt, who is right now in Palanpur jail, will be brought under transfer warrant.

Ahmedabad Detection Crime Branch Police Inspector D.B. Barad has registered the case against all the three for the offence under the Indian Penal Code for forgery with intention to cheat, fraudulently or dishonestly use forged documents as genuine, give fabricating, false evidence with intent to procure conviction of capital offence, falsely charge any person with having committed an offence, and Public servant framing incorrect records.

Allegation against Sanjiv Bhatt is that the documents submitted by him before the Nanavati commission were forged/fabricated/ manipulated subsequently with an ulterior motive, first before Nanavati Commission, and then later before the SIT, with an intention to implicate various persons under grave sections of law.

Allegations against R.B. Sreekumar are that most of the accusations in the complaint of Jakia Jafri were drawn from the nine affidavits filed by Sreekumar before the Nanavati Commission. Sreekumar did not make any allegations against the state government in his initial two affidavits. He only started alleging from the third affidavit. He has fabricated documents and round office stamps without the knowledge of issuing authority.

Teesta Setalvad and others had conspired to abuse the process of law by fabricating false evidence to make several persons to be convicted for an offence that is punishable with capital punishment. 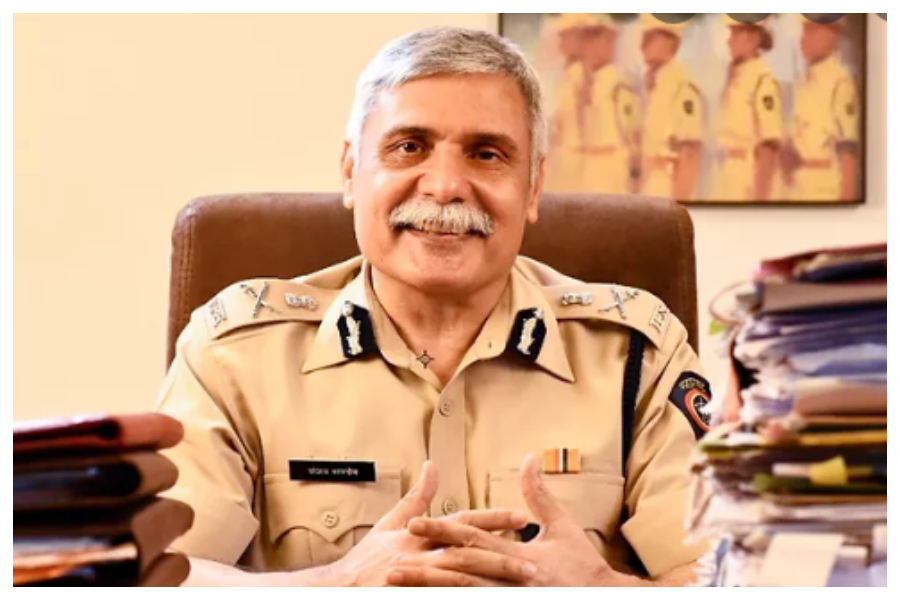 As the Maharashtra political crisis appeared to worsen with the revolt in the ruling Maha Vikas Aghadi major Shiv Sena not abating, the Mumbai Police has strictly enforced prohibitory orders in the country’s commercial capital to ward off any untoward incidents.

The orders issued on June 3 – ahead of the biennial elections to Rajya Sabha and Maharashtra Legislative Council – have been extended till July 10, under Criminal Procedure Code’s Section 144, and are being implemented in full force.

After a review conducted by Police Commissioner Sanjay Pandey, the police have banned the assembly of 5 or more persons, and enhanced security at the offices and residences of ministers, various elected representatives and top MVA leaders.

The move follows incidents of violence reported in Mumbai, Thane, Pune, Nashik, Kolhapur, Satara and Parbhani in the past couple of days, by alleged Shiv Sainiks, protesting at their local MLAs joining the rebels group led by Minister Eknath Shinde, currently camping in Guwahati.

The police have also banned erecting objectionable banners or hoardings targeting the rebel legislators to prevent inciting public passions, especially rival political workers, though processions like weddings, funerals, etc, have been kept out of the purview of the prohibitory orders.

If Pak govt does not agree to our demands, our fighters will wage jihad in entire country: TTP 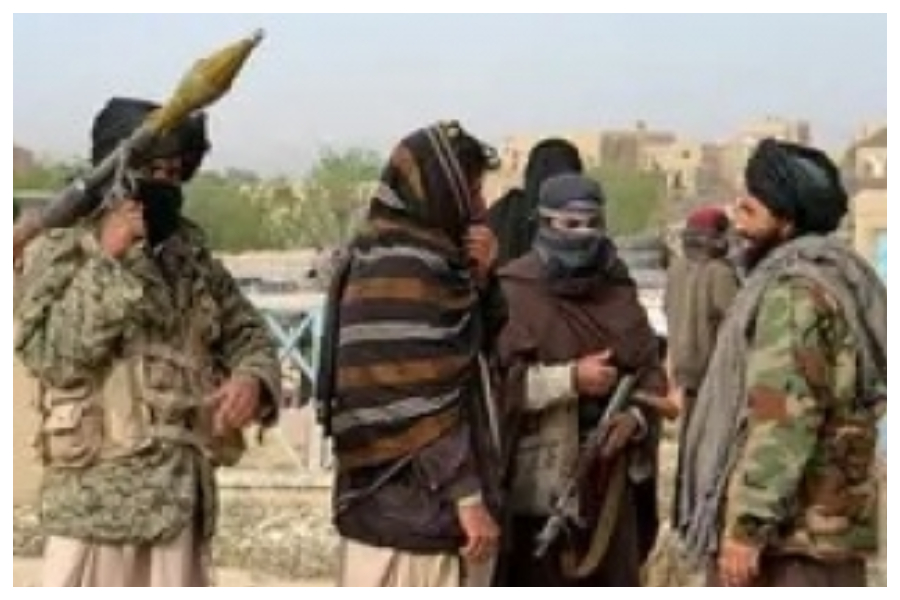 The Pakistan Tehreek-e-Taliban (TTP) commonly known as Pakistan Taliban has accused Islamabad of sabotaging the ongoing peace negotiations. The proscribed group also warned that if its demands were not met, it would be forced to call off the indefinite ceasefire.

“If the Pakistan government wants to flee from meaningful negotiations, then we have no problem. We will wage a countrywide jihad,” the TTP said in a statement. The group also refused to hold talks under the framework of the Pakistani constitution, as it was not based on Sharia law.

“Our Mujahideen will have the opportunity to wage jihad in the country since freedom and sovereignty are our rights as are practicing our religious and national values” says the statement . It added that “TTP members will never give up arms and surrender.”

The TTP leaders also made it clear that their demand for reversal of FATA merger is non-negotiable and it was made clear to the negotiators of the Pakistani security establishment.

“They (Pakistan army) had assured us in the beginning of the fresh talks that demerger of the FATA region will be done and we will be free to implement Sharia laws in our land but if they want to back off, we will have no other option but to fight them off but we will never surrender or disarm and will continue to fight Pakistani security forces in case of no agreement.” In 2018, the Imran Khan government merged the FATA, a lawless tribal area into the more tightly administered Khyber Pakhtunkhwa province, curbing TTP’s free movement in the area.

The Pakistani Interior Minister Rana Sanaullah has termed the demands of the Tehreek-e-Taliban Pakistan (TTP) pertaining to the reversal of FATA merger and military withdrawal from tribal areas bordering Afghanistan as against the constitution, saying that “talks are possible with only those who are willing to surrender their arms”.

Referring to the Taliban’s Interior Minister and the “patron” of the TTP, Sirajuddin Haqqani’s participation in the ongoing talks, Sanaullah told the Pakistani army leadership that if “Afghanistan’s political leaders are participating in the talks, then politicians from our side will also take part in the negotiation.”

It may be recalled that the Pakistani establishment started the secret negotiations with the TTP on the assurances given by the Interior Minister of Taliban regime, Sirajuddin Haqqani that he would be using all his power to make the talks successful. However, it has been a month and the two sides have yet to find common ground on the main demands.

Earlier on Wednesday, the top military brass had briefed Prime Minister Shehbaz Sharif led civilian government and had assured the political leadership that no extra-constitutional concessions would be given to the militants and any deal arrived at would be subject to parliamentary approval. The meeting, the first of its kind since the coalition government came to power, was called after the many coalition partners including PPP protested that the civilian leadership was being sidelined in the ongoing negotiations with the militants.

According to sources, the former ISI chief and the Corp Commander of Peshawar Faiz Hameed who is the chief negotiator from the army side was questioned about the “secret” talks by the government. He was told that there is no question of “pardoning” the hardcore militants of the TTP who have been sentenced to death or lifer by the Pakistani courts.

Pakistani watchers say the latest statements by the TTP are nothing but attempts at gaining time to regroup their cadres.

“Talks with TTP are destined to fail as militants are openly declaring to not submit to the constitution. Even today, TTP is threatening to attack Pakistan and the Pakistani army is silent. It is very shameful.” said Rana Shabbir Hussain, a Pakistani analyst.

Some Pakistani watchers believe that the Pakistani security establishment has been committing blunder after blunder in its approach to deal with the TTP.