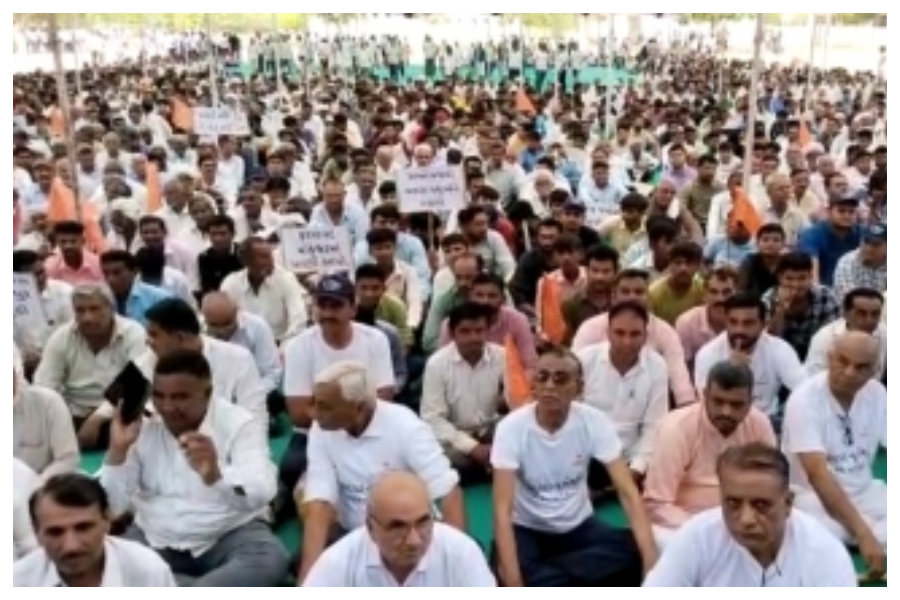 Thousands of farmers on Thursday gathered in Palanpur of the Banaskantha district in north Gujarat to demand the state explore the possibility of filling the water reservoirs — Karmavat Lake and Mukteshwar Dam with Narmada water to resolve water shortage of the area.

More than 20,000 farmers of 125 villages of the Vadgam and neighbouring Taluka joined the protest rally. “People of the area are facing severe water shortage for more than two decades as annual rainfall is less and underground water is depleting. The only solution is — these two reservoirs should be filled with Narmada water,” said M.M. Gadhvi, member of the farmers protest organising committee.

Giving details about the water reservoirs, farmer leaders said that Karmavat lake is spread over 98 hectares, Mukteshwar dam water capacity is around 30 million cubic meter. If water is drawn from Narmada canal, from Didrol village of Sidhpur Taluka, the pipeline can be first laid up to Mukteshwar dam and from the dam to Karmavat lake. At present the underground water level is at 800 feet.

“Their demand is genuine, the region has been facing water crisis for a long time. There is no permanent solution, as it is rain fed. Annual rainfall is very less due to which the water shortage has become acute,” said Shankar Chaudhary, BJP leader, chairman of the Banaskantha District Milk Producers Union (Banas dairy).

He added that in crisis, farmers have to purchase water tankers to feed domestic animals. If these water reservoirs are filled with Narmada water, it can recharge underground water, because of which groundwater level can increase.

He said Banas dairy too has launched a programme to dig lakes in the region with people’s participation. This will reduce dependency on Narmada waters, if there is good rain.

“Technical possibilities will be explored, such as how to lift water from the Narmada canal and take it up to the said reservoirs,” said Anand Patel, Banaskantha Collector.

A meeting was chaired by Chief Minister Bhupendra Patel on Wednesday, in which irrigation and water supplies engineers too were present. They were asked to work on technical possibilities. Soon the problem will be addressed, said Anand Patel.

Muslim girl competent to marry person of her choice once she attains 15 years: Punjab and Haryana High Court 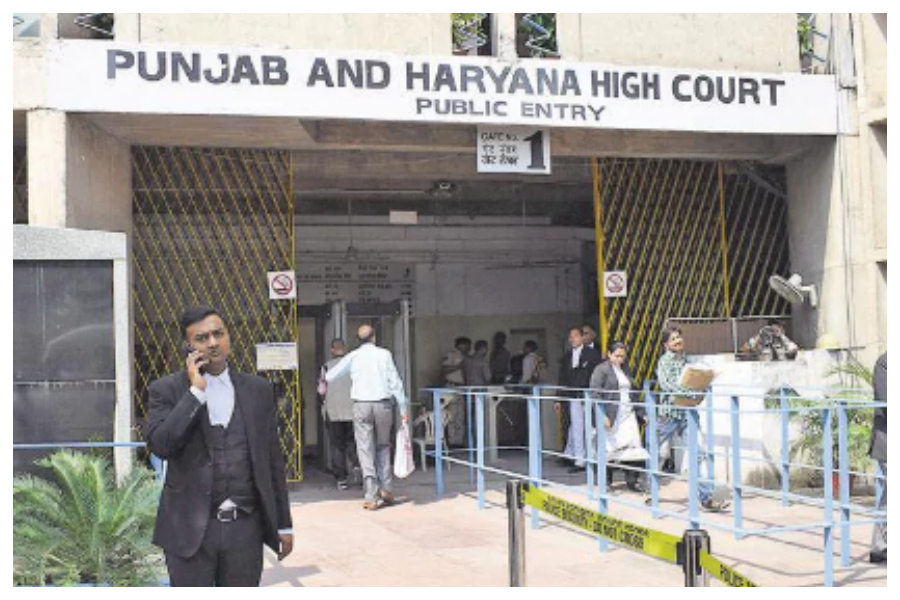 The Punjab and Haryana High Court last week held that as per Muslim personal law, a Muslim girl over the age of 15 years is competent to enter into a contract of marriage with the person of her choice [Gulam Deen v State of Punjab].

Justice Jasjit Singh Bedi arrived at this finding while hearing a petition seeking protection of life and liberty by a Muslim couple who fell in love and married each other as per Muslim rites and ceremonies.

“The law, as laid down in various judgments cited above, is clear that the marriage of a Muslim girl is governed by the Muslim Personal Law. As per Article 195 from the book ‘Principles of Mohammedan Law by Sir Dinshah Fardunji Mulla’, the petitioner No.2 being over 16 years of age was competent to enter into a contract of marriage with a person of her choice”, noted the single-judge.

The petitioners moved the court on the ground that their life and liberty was in grave danger at the hands of the respondents. Thus, they sought a direction to the police to consider their representation seeking protection.

The petitioner submitted that as per Muslim law, puberty and majority are one and the same, and that there is a presumption that a person attained majority at 15 years of age.

It was further contended that a Muslim boy or girl who attains puberty is at liberty to marry anyone they liked, and guardians had no right to interfere.

The Court, in this regard, placed reliance on the judgment in yunus khan vs state of haryana  where it was noted that a Muslim girl’s age of marriage was governed by Muslim personal law.

The Court also adverted to Article 195 from the book ‘Principles of Mohammedan Law’ by Sir Dinshah Fardunji Mulla which states that ‘every Mahomedan of sound mind, who has attained puberty, may enter into a contract of marriage’.

The explanation to that Article provides that puberty is presumed, in the absence of evidence, on completion of the age of fifteen years.

In this case, since the girl was over 16 years and boy was stated to be over 21 years old, both the petitioners were concluded to be of marriageable age.

Moreover, the Court pointed out that the issue in the petition was not with regard to the validity of the petitioner’s marriage, but protection of their fundamental rights.

“The Court cannot shut its eyes to the fact that the apprehension of the petitioners needs to be addressed. Merely because the petitioners have got married against the wishes of their family members, they cannot possibly be deprived of the fundamental rights as envisaged in the Constitution of India”, said Justice Bedi.

With this, the Senior Superintendent of Police, Pathankot was directed to decide the petitioners’ representation and take action accordingly. 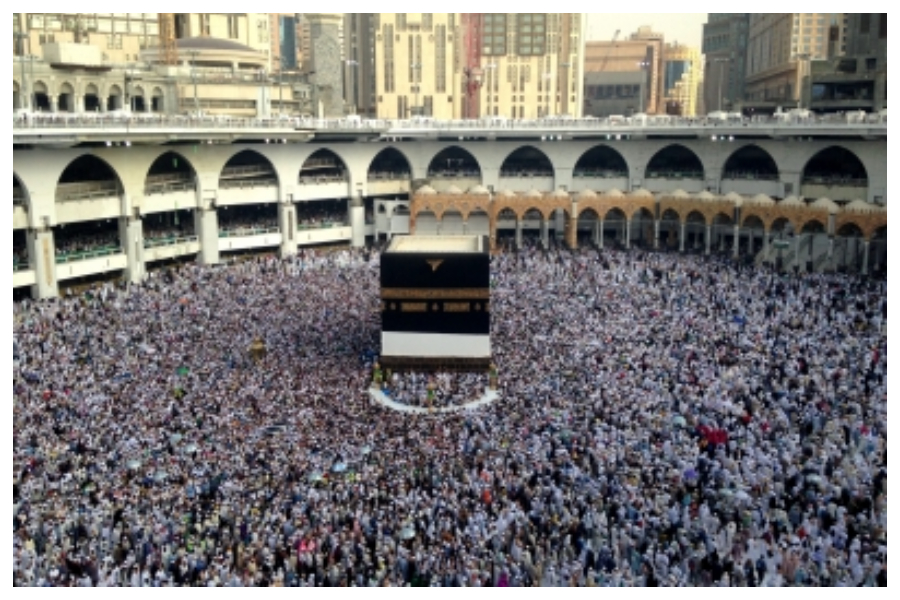 First batch of Haj pilgrims from Telangana left for the pilgrimage from Rajiv Gandhi International Airport here on Monday.

A total of 373 pilgrims left for Jeddah by a special flight of Saudi Airlines at 5.55 a.m., an official of Telangana State Haj Committee said.

Earlier, around midnight the buses carrying the pilgrims were flagged off by state home minister Mohammed Mahmood Ali and State Haj Committee chairman Mohammed Saleem at Haj House in the city.

The pilgrims began their journey with enthusiasm amid chanting of ‘Talbiyah’, a special prayer invoked during the Haj. Emotional scenes were witnessed at Haj House as scores of relatives, friends and well-wishers bid adieu to the pilgrims.

The first flight had 211 pilgrims from Hyderabad and the remaining were from seven other districts.

This is after a gap of two years that pilgrims from India are performing Haj. Saudi Arabia had not allowed pilgrims from other countries in 2020 and 2021 due to Covid-19 pandemic.

About 80,000 Indian pilgrims will be performing Haj this year. The Haj quota this year has been reduced in view of Covid protocol.

Officials said this year a total of 3,016 pilgrims including pilgrims from some districts of neighbouring Andhra Pradesh, Karnataka and Maharashtra would depart from Hyderabad through Saudi Airline flights.

Like in the previous years, Haj House was turned into embarkation point for the pilgrims. The Haj Committee made all the arrangements including food and accommodation for the pilgrims who had reached there from various districts of Telangana.

Various departments provided services like customs clearance, checking of baggage and provision of currency exchange under one roof.

One of the five pillars of Islam, Haj is annual pilgrimage to holiest city of Mecca in Saudi Arabia. Haj is mandatory for at least once in lifetime for all Muslims who are financially and physically capable of undertaking the journey.

Haj pilgrimage this year will commence on July 7 and continue through July 12, corresponding to the 10th of Dhulhijjah, the last month of Islamic calendar. The final date will be decided upon sighting of the new moon of Dhulhijjah, 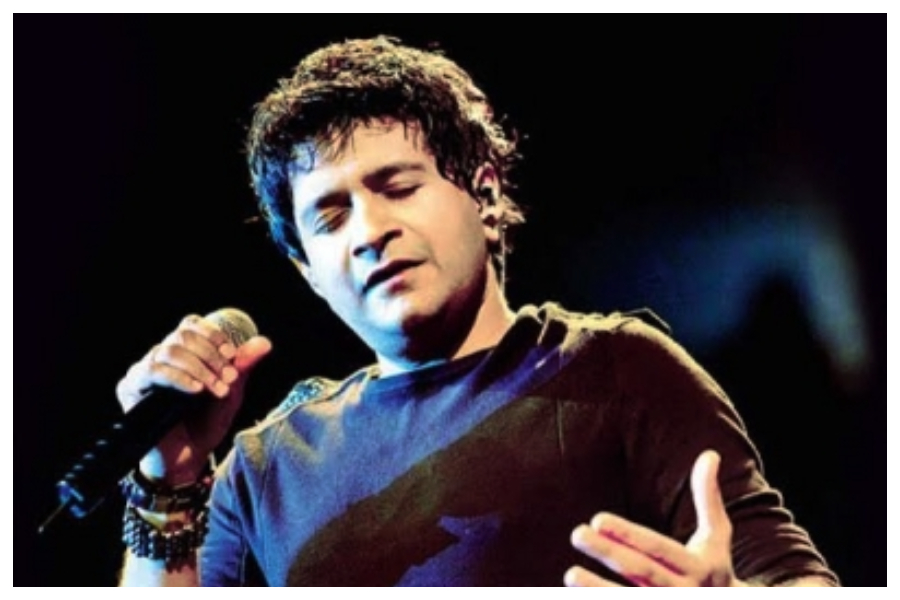 Hours after the sudden demise of popular playback singer Krishnakumar Kunnath (KK) after his performance at Nazrul Manch in South Kolkata on late Tuesday evening, political mudslinging has started over the possible mismanagement in crowd-control at the venue. KK was performing at a function organized by the student’s union of Kolkata-based Gurudas College.

Initially, many suspected that KK’s feeling of uneasiness was due to the malfunctioning air-conditioning machines at Nazrul Manch. However, police sources confirmed that while the air- conditioning machines were working normally, their effects were reduced to a great extent following the over-the-capacity crowding at the venue.

“While the capacity of the venue is around 2,700 to a maximum of 3,000, on Thursday evening around 6,000 spectators flocked in at the venue, with many watching the shows either sitting on the staircases or standing at the wings of the venue. This is quite common in case of college feats. Probably, that over-crowding could have created some suffocation. But it cannot be definitely said that suffocation was the reason for KK’s death since a report on any second person even falling sick has not come as yet,” said a Kolkata Police official on strict condition of anonymity.

However, that has not stopped political mudslinging. West Bengal Congress president and veteran MP, Adhir Ranjan Chowdhury has demanded a thorough enquiry in the unfortunate event. “All said and done, I do demand a thorough inquiry behind the sad demise of #KK by a competent authority. The prevailing ambience of the Najrul Manch, during his performance reveals many unsavoury questions including critical mismanagement of the said platform which might have triggered his death,” Chowdhury said in a Twitter message on Wednesday morning.

BJP’s national general secretary, Dr Anupam Hazra said in his Twitter message that the organizers of the show should be arrested for pushing a talented singer to death by confinement in a suffocated room. “But I know that this will not happen since the state is West Bengal,” Hazra said.

However, youth Trinamool Congress leader, Debangshu Bhattacharya said that there is no need to politicize the issue since no one can predict when the cardiac attack might happen.