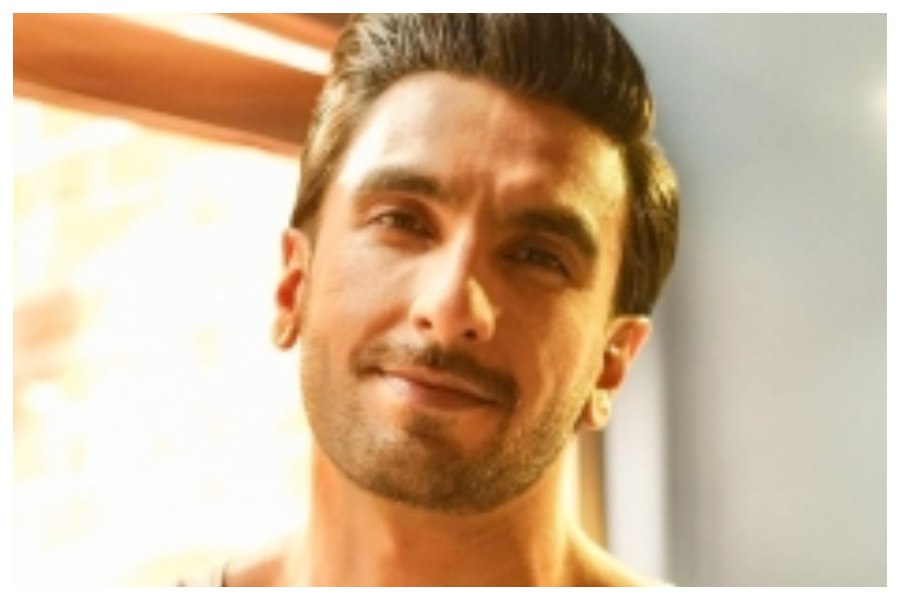 Bollywood’s livewire star Ranveer Singh shared that while growing up, he was mesmerised by on-screen personalities like Amitabh Bachchan, Shah Rukh Khan, Salman Khan, Akshay Kumar, among others, who have all successfully hosted TV shows and entertained the whole of India.

“Iconic mainstream Hindi film heroes like Amitabh Bachchan, Shah Rukh Khan, Salman Khan and Akshay Kumar have all connected with and captivated the nation through their television shows. I’ve idolised them since childhood and closely followed their journey,” says Ranveer.

Ranveer is all set to host his first television show ‘Big Picture’. He feels it will help him connect with a larger audience.

The actor said: “I always recognised the fact that they garnered an immense amount of love from people for their charismatic turns on the television screen. I have a great opportunity here with the Big Picture to connect with the youth of India as well as the entire Indian family audience.

“I hope I can continue the grand legacy of the mainstream men of Hindi cinema on national television.”

On the work front, Ranveer will soon be seen in Kabir Khan’s ’83’, which recreates India’s historic World Cup Cricket win in 1983, as well as Rohit Shetty’s comedy film ‘Cirkus’ and action drama ‘Sooryavanshi’.

He is also prepping for his role in ‘Jayeshbhai Jordaar’, directed by Divyang Thakkar.

Aishwarya shares picture of Big B, Aaradhya from his 79th b’day

Kristen Stewart ‘couldn’t open her mouth’ due to ‘Spencer’ tension

‘Bigg Boss 15’: Tejasswi Prakash on the radar of Gauahar Khan

In the upcoming ‘Weekend Ka Vaar’ episode of ‘Bigg Boss 15’, model and actress Gauahar Khan will enter the house as a celebrity guest.

She will give a task to the contestants to name the person who they believe won’t make it to the top three. During the task, only Tejasswi gets called out by Gauahar.

The celebrity guest asks Tejasswi to come on the dais along with Nishant Bhat and Rashami Desai. Now, Tejasswi has to choose the one among the two who she feels does not deserve to be in the competition.

Tejasswi says Nishant does not have any identity in the show, to which Nishant gives her a befitting reply by saying: “She keeps complaining and plays the victim card like a kid.”

Gauahar intervenes and in the meanwhile Tejasswi ends up saying: “Nishant she is asking you to shut up.”

Gauahar immediately retorts and says: “Don’t put your words in my mouth”, to which Tejasswi adds: “I said that.”

But Gauahar then again snaps back by saying: “I don’t appreciate it.”

Nishant and Tejasswi’s friendship went haywire after the latter got defeated by Pratik in a recent task. Nishant, who is a good friend of Pratik, stuck by his side which later on disappointed Tejasswi.

Filmmaker Rohit Shetty, who has entertained audiences with his comedic movies and action thrillers, and also hosted ‘Fear Factor: Khatron Ke Khiladi’. is all set to entertain viewer with his OTT debut.

Shetty will be seen in the show ‘Mission Frontline’, which peeps into the lives of armed forces posted on the borders. The show has earlier featured Rana Daggubatti and Sara Ali Khan.

He will step into the shoes of a Special Operations Group soldier and experience how the unit lives and trains in the difficult places they are posted at. The show has been shot at locations in and around Srinagar.

Kunal Kochhar, the show’s director, said Rohit Shetty is synonymous with action, so no one else could be more qualified for the job than him. “Rohit Shetty’s films reflect patriotism, courage and vigour and there couldn’t be a better fit than him for ‘Mission Frontline’,” Kochhar said.

Sharing his experience, he added: “It was an absolutely surreal experience to shoot in the picturesque terrains of Srinagar with the special unit and Rohit’s presence added so much energy to it. Super excited to see a completely different side of Rohit and we’re sure the audience will enjoy watching the show.”

‘Mission Frontline’ will premiere on January 20 on discovery+.

Mumbai, Jan 15 (IANS) The trailer of ‘Unpaused: Naya Safar’, an anthology of five short films that highlight stories of hope amid Covid, was released on Saturday.

The anthology features five stories: ‘Teen Tigada’ directed by Ruchir Arun; ‘The Couple’ by Nupur Asthana; ‘Gond Ke Laddu’ by Shikha Makan; ‘War Room’ by Ayappa KM; and ‘Vaikunth’ by Nagraj Manjule of ‘Sairat’ fame. Each showcases the emotions of hope, positivity and forgiveness playing out as the pandemic rages.

Talking about the anthology and his film ‘Teen Tigada’, Ruchir Arun, said: “‘Unpaused: Naya Safar’ anthology boasts of compelling narratives, showcasing a multitude of emotions and we’re really excited to bring our film as part of this anthology. With ‘Teen Tigada’, our effort was to highlight the threshold of human emotions, amidst the tribulations of an ongoing pandemic which hit us like a storm. This film has a unique narrative, beautifully translated on screen by the actors and we hope it will resonate strongly with the masses as well.”

Director Nupur Asthana spoke about her narrative choice saying: “Layoffs were a glaring reality of the pandemic that hit professionals very hard the world over, leaving them uncertain and demotivated.”

Commenting on her film’s core theme, she said: “‘The Couple’ captures the emotional upheaval and complexities caused by such a professional setback and how it impacts personal relationships between two people, altering their realities. The first edition of the anthology beautifully struck a chord with the audience, and we hope now Unpaused Naya Safar will, am sure, open to similar love and appreciation.”

Reflecting on the impact of Covid pandemic, director Shikha Makan said: “The pandemic has affected one and all in ways that are unexpected and uncalled for. We all worry for our loved ones living far away and look for means to connect and care for them even from a distance. And sometimes we find connections with strangers too.”

Shedding light on her film’s idea, she said: “The idea of ‘Gond Ke Laddu’ was to showcase the spectrum of human bonds, but with a twist. It was an enriching experience to shoot this film with an amazing cast and crew who breathed life into this subtle yet substantial narrative. We’re sure the story will connect with the audiences at an emotional level.”

Director Ayappa KM, whose film ‘War Room’ captures the reality of frontline workers, said: “‘War Room’ showcases the vulnerability of frontline workers who encountered unfavorable situations during the outbreak of the pandemic. This is a gripping story that unravels a different facet of human emotion in duress and I owe it to the entire team for bringing it alive so beautifully.”

Vaikunth director Nagraj Manjule, said: “‘Unpaused: Naya Safar’ anthology reflects on a range of emotions with each of its films, and Vaikunth adds on to this with a unique balance of gloom and hope, peppered with unpredictability. We, as a team are humbled and honored to bring this story as part of this anthology and we hope that it stays with the audience for a long time.”