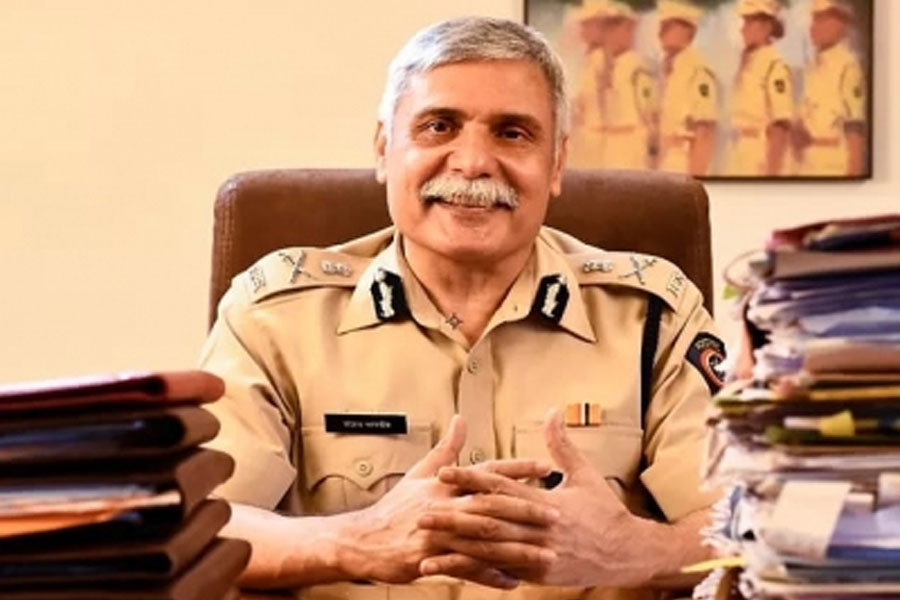 The Delhi High Court on Tuesday issued a notice to the Enforcement Directorate (ED) on the bail plea of former Mumbai Police Commissioner Sanjay Pandey, who was arrested in connection with a money laundering case pertaining to the phone tapping and snooping of the employees of the National Stock Exchange (NSE) between 2009 and 2017.

Hearing the matter, Justice Jasmeet Singh also issued a notice to the Central Bureau of Investigation (CBI) in a separate petition moved by Pandey seeking quashing of FIRs against him in offences of cheating, criminal breach of trust by a public servant, and cheating under the Indian Penal Code (IPC), under various provisions of the Information Technology Act, Indian Telegraph Act, and Prevention of Corruption Act.

During the course of the hearing, Senior Advocate Mukul Rohatgi appeared on behalf of the petitioner.

The matter will be heard on September 16.

Pandey was knocking the doors of the high court challenging a trial court’s August 4 order which denied him bail in the money laundering case.

The former top cop who was arrested on July 19 is currently undergoing judicial custody.

In the last hearing, Advocate Tanveer Ahmed Mir, who represented the petitioner, argued that his client was in fact a ‘whistleblower’ at the NSE.

Opposing the bail plea, Additional Solicitor General (ASG) S.V. Raju and Special Public Prosecutor N.K. Matta, appeared on behalf of the ED, pointed out that Pandey is an influential person.

Ramkrishna is already in the custody of ED in the same case on the basis of an FIR registered by the CBI.

The case was lodged by the probe agency on the directions of the Union Ministry of Home Affairs.

After questioning, he was allowed to leave.

The CBI had also conducted raids in Mumbai, Pune and in several other parts of the country in connection with the case. 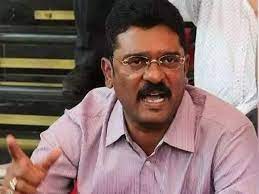 In his letter to the municipal commissioner, Sarnaik has stated that bars, lodges, studio’s, slum clusters and chawls are being illegally constructed in his constituency on the virtue of blessings bestowed by some corrupt officials.

Balasahebanchi Shiv Sena legislator- Pratap Sarnaik has dropped a bombshell by levelling serious allegations against the administrator and officers attached to the various wards of the Mira Bhayandar Municipal Corporation (MBMC) for turning a blind eye towards massive illegal constructions that are mushrooming with brazen impunity in the twin-city.

In his letter to the municipal commissioner, Sarnaik has stated that bars, lodges, studio’s, slum clusters and chawls are being illegally constructed in his constituency on the virtue of blessings bestowed by some corrupt officials. “We are glad that the civic administration is bagging awards from the state and central governments, but at the same time it’s beyond logic that illegal constructions are being allowed to flourish. Another point of concern is the use of repairing permission as a tool to carry out illegal constructions by adding multiple floors to structures sans foundations.”

However, civic officials claimed that they were keeping a tab on illegalities and frequently launching demolition drives to raze unauthorised structures.

It should be noted that, Sarnaik had also moved a call-to-attention motion in the state assembly against the illegal constructions. Vast stretches of land have been grabbed by the local slum mafia to illegally build single room tenements in the region. It has been alleged that most of the tenements are being sold or rented out by slumlords to illegal immigrants and anti-social elements. The illegal huts which have mushroomed mostly on forest, tribal and private no-development land have the blessings of local politicians who are said to be hand-in-glove with the slum mafia.

Joining the chorus with the Sena leadership, the local BJP unit is also up in arms against the massive corruption prevailing in the MBMC. Bharat Mishra who is the media in-charge of the local BJP unit launched an agitation outside the municipal commissioner’s office to register his party’s protest against the highhandedness of the civic administration and corruption prevailing in allotting tenders in a biased manner. “ If the civic administration does not mend its ways then we will intensify our agitation.” Mishra said. 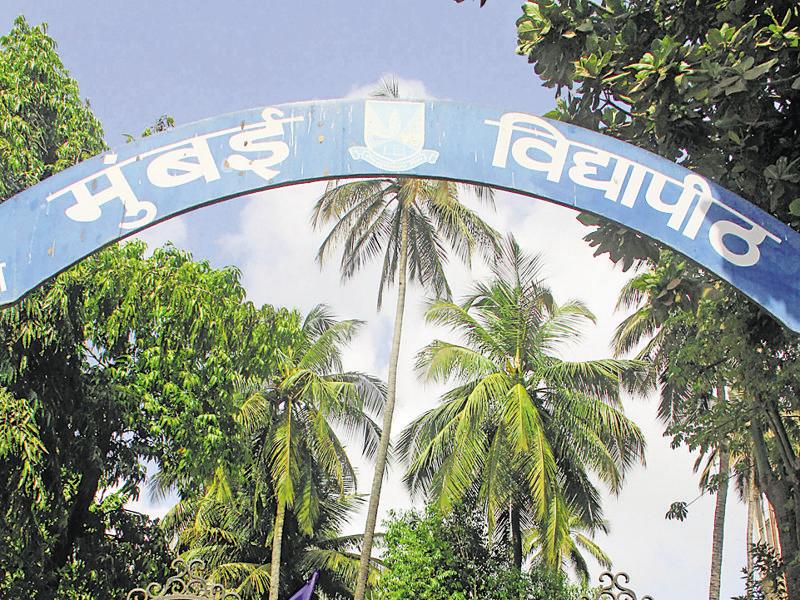 “A bunch of students in the LLB department have full-time jobs. We sent in leave applications to our offices to make sure that we were present for our tests and then suddenly the exams were withdrawn. It might be very difficult to get leaves again,” said Sagar Birade, a BLS LLB student at Mumbai university

Mumbai: Nearly 50,000 are facing uncertainty with their academic year as the University of Mumbai(MU) has put off its winter semester examinations for all non-agricultural undergraduate and postgraduate courses until further notice. Several LLB, LLM, MA, MSc, and MCom students amongst others had already begun appearing for their examinations at MU and its affiliated colleges when the non-teaching staff decided to boycott all exam-related activities to meet demands of their protest. After appearing for the exams slated on Thursday, February 2, 2023, the students received a notice from their colleges announcing the postponement of all tests until further notice.

Lectures go on while exams on halt

It is business as usual for lectures and vivas at MU, whereas all ongoing written tests have been completely put on hold. “I have shifted to Mumbai from Jalgaon to finish my master’s. Our schedule of studying and plans for going back home shamble every time the varsity changes its timetable. The whole process of taking an exam becomes very stressful since the university is also known to delay our results,” said Ritesh Chaudhari, an MA student.

Those who have been juggling their jobs alongside their education were irked by this sudden announcement by the university. “After taking my first LLB exam, I was told that the next three papers have been postponed and there is no telling when they’ll conduct those. A bunch of students in LLB have full-time jobs. We sent in leave applications to our offices to make sure that we were present for our tests and then suddenly the exams were withdrawn. It might be very difficult to get leaves again,” said Sagar Birade, a BLS LLB student at Mumbai university.

Protests will stop once the GR is issued

The Non-Agricultural University and College Servants Joint Action Committee, on February 2, 2023, vowed to boycott all exam-related activities within Mumbai universities and all other affiliated colleges to meet their demands of recruiting for the vacant non-teaching staff positions, implementing salary benefits under seventh pay commission, old pension scheme among others benefits.

“Non-teaching staff at non-agricultural colleges is the only demographic in the educational sector that is not paid according to the seventh pay commission. We don’t mean to trouble students but there have been countless meetings for this since 2019, and no GR ever came out of it.

We are willing to cease the agitation even if the higher education department immediately implements even a few of our demands,” said Rupesh Malusare, general secretary of the Mumbai Vidyapeeth Karmachari Sangh (MVKS), a non-teaching staff organisation. The new timetable for winter semester exams is to be uploaded on the official Mumbai University website. 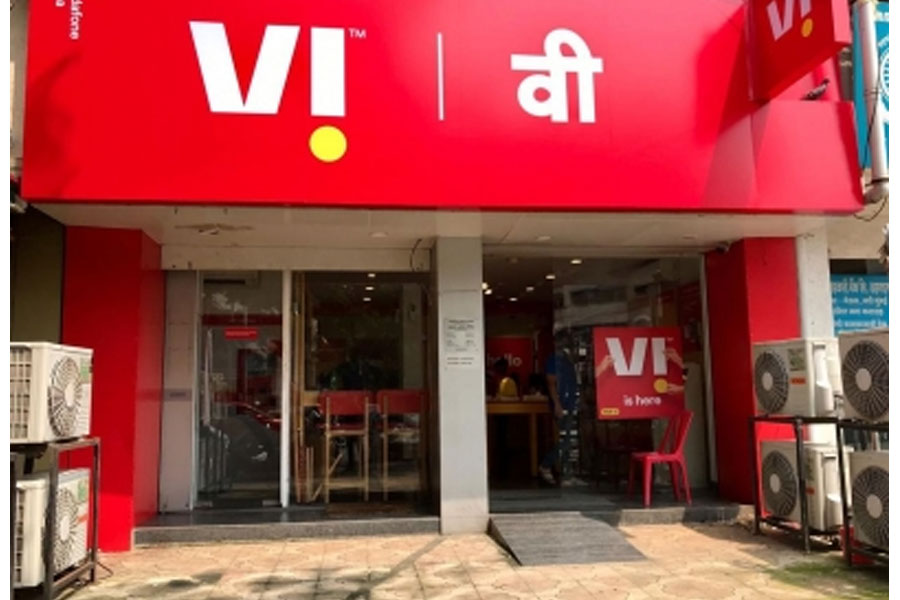 While responding to the complaints, a VI customer care official said that the engineers are working on rectifying the issue. The Vodafone Idea(VI) network is reportedly down in parts of Mumbai due to which calling and internet services have been suspended for the past two hours. Following the outage, several VI users took to Twitter to complain. The outage was reportedly caused due to a major fibre cut at Prabhadevi. While responding to the complaints, VI customer care officials said that their engineers are working on rectifying the issue.