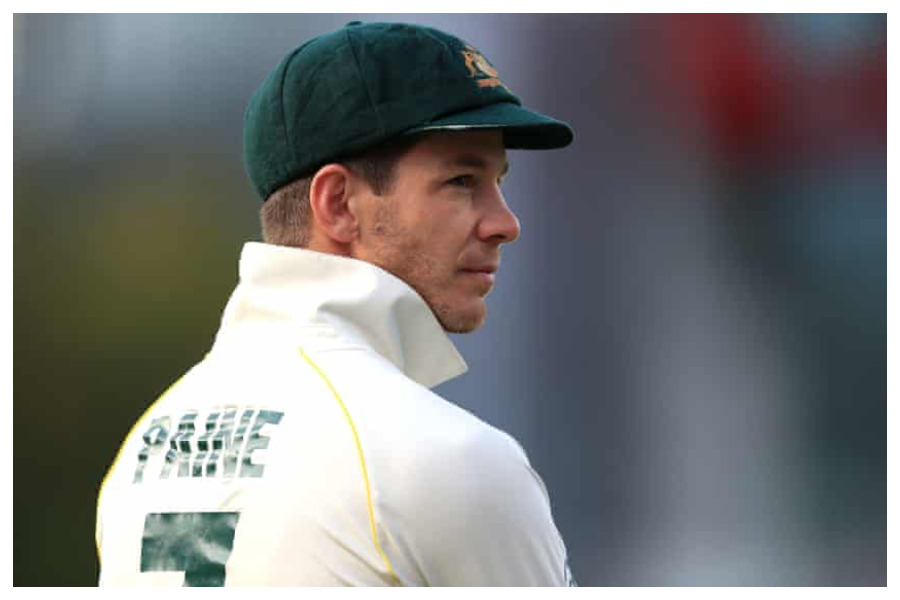 With barely three weeks for the Ashes series to start, Tim Paine relinquished Australia’s Test captaincy in a bombshell announcement on Friday, which has shaken the Australian cricket establishment to the core.

In a hurriedly-organised press conference in Hobart, a tearful Paine, who was recovering quickly from an invasive neck surgery and was looking forward to the Ashes, announced he was quitting after an off-field scandal was reportedly unearthed by News Corp.

Test vice-captain Pat Cummins looks set to become the first pace bowler to lead the Test side in 65 years.

“Today I’m announcing my decision to stand down as the captain of the Australian Men’s Test team. It’s an incredibly difficult decision but the right one for me, my family and cricket,” Paine was quoted as saying by cricket.com.au on Friday.

“As a background on my decision, nearly four years ago, I was involved in a text exchange with a then-colleague. At the time, the exchange was the subject of a thorough CA Integrity Unit investigation, throughout which I fully participated in and openly participated in,” added Paine.

“That investigation and a Cricket Tasmania HR investigation at the same time found that there had been no breach of the Cricket Australia Code of Conduct. Although exonerated, I deeply regretted this incident at the time, and still do today. I spoke to my wife and family at the time and am enormously grateful for their forgiveness and support.

“We thought this incident was behind us and that I could focus entirely on the team, as I have done for the last three or four years. However, I recently became aware that this private text exchange was going to become public. On reflection, my actions in 2017 do not meet the standard of an Australian cricket captain, or the wider community.

“I’m deeply sorry for the hurt and pain that I have caused to my wife, my family, and to the other party. I’m sorry for any damage that this does to the reputation of our sport. And I believe that it is the right decision for me to stand down as captain, effective immediately. I do not want this to become an unwelcome disruption to the team ahead of what is a huge Ashes series,” added Paine.

Paine was appointed the 46th Australian Test captain in 2018, taking over from Steve Smith following the Sandpaper scandal in South Africa.

He captained the team during the 2019 Ashes series, where Australia retained the coveted trophy on foreign soil for the first time in 18 years.

Cricket Australia (CA) chair Richard Freudenstein says the board immediately accepted his resignation. “Tim felt it was in the best interests of his family and Australian cricket to take this decision to step down as captain.”

Freudenstein said that Paine will be available for selection for the entire Ashes summer.

“The Board has accepted Tim’s resignation and will now work through a process with the National Selection Panel of identifying and appointing a new captain. Tim will continue to be available for selection in the Test team through the Ashes summer.”

The Ashes begin next month with Australia playing their first Test at the Gabba in Brisbane on December 8.

Meanwhile, Cricket Tasmania also issued a statement saying that there was “no complaint raised at the time of the incident in November 2017, nor when the employee’s position with the organisation was terminated”.

“As soon as Cricket Tasmania was made aware, it undertook an investigation that determined the interaction was consensual, private, occurred on the one occasion only, was between mature adults and was not repeated,” Cricket Tasmania chair, Andrew Gaggin was quoted as saying by cricket.com.au.