At least 24 women and five men are still reportedly missing in the massive building fire in New Delhi’s Mundka that has claimed the lives of 27 people, a latest report revealed on Saturday.

The report was provided by the civil defence team at the Sanjay Gandhi Memorial Hospital where the bodies from Friday’s inferno were shifted, while relatives of the missing persons kept arriving to locate their loved ones.

According to the report, only one injured person is currently being treated in the hospital.

A total 14 injured persons were brought to the hospital following the incident.

The rest 13 have been discharged, the report added.

Manoj Thakur, who hails from Saharsa in Bihar, told that he is trying to locate his wife Soni who was at the building at when the fire erupted.

He said Soni had called him telling him about the fire, but her phone was switched off after that.

“We are moving from pillar to post to find her,” Manoj.

Relatives of the missing persons have also complained that not a single political representative from the area have come to the hospital for inquiry.

“We are still waiting that our MLA or MP will come to console us at the hospital as we have lost our family members in this unfortunate incident,” one of the relatives said.

Meanwhile, Delhi Police have started the process to identify the bodies in the hospital.

A Delhi Police official said: “We are allowing two people per missing person to go inside the hospital to help in the process.”

From courts to politicians, bulldozer under attack in Assam, Tripura

Fire breaks out at apartment in Gurugram; 6 rescued Seven soldiers were killed and 19 others injured in a road accident in Ladakh on Friday, defence sources said.

According to the sources, 26 soldiers were injured in the road accident in Turtuk area of Ladakh.

“Seven soldiers died on the spot while 19 others were injured. The injured soldiers have been airlifted to military hospital in Chandigarh,” a defence source said. 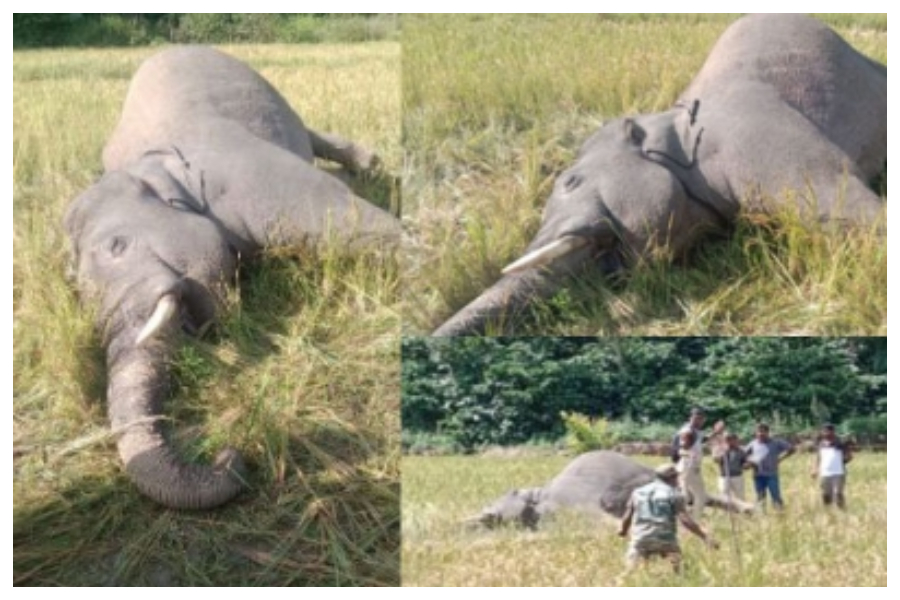 The conflict between man and wildlife has come to the fore in Karnataka once again. On Friday, an elephant was shot dead in an agricultural field near Alur taluk in Hassan district.

Forest officials said that the elephant was a 20-year-old male. They are gathering information to trace the culprits.

Sources said that about 5 elephants have died unnatural deaths in the region in the past 1 year.

The villagers maintain that their repeated appeals to address the elephant menace is falling on deaf ears. “The government has closed their eyes on us. We are struggling and fighting to protect the crop that we grow for food,” they said.

There are more than 20 wild elephants in the region and they destroy crops and attack villagers. However, though protests are staged, the authorities do not bother about the problem, the villagers stated.

Forest officials maintain that the killing was the result of human-animal conflict. An investigation will be conducted and the killers would be nabbed, they said. Jammu and Kashmir police and security forces have arrested one hybrid terrorist belonging to the LeT along with arms and ammunition from Bemina area of Jammu and Kashmir’s Srinagar district, officials said on Friday.

Police said acting on a specific tip-off about the movement of terrorists Bemina area, a joint checkpoint was set-up by Srinagar Police, Army’s 2nd RR and valley QAT CRPF at Bemina crossing.

“An individual suspiciously approaching towards the checkpoint was challenged who tried to flee from spot but was apprehended tactfully by the alert party,” police said.

He has been identified himself as Nasir Ahmad Dar, resident of Gund Brath Sopore. On his personal search, one pistol, one magazine and five live rounds were recovered from his possession.

“Preliminary investigation revealed that, the arrested accused was working as a hybrid terrorist of proscribed terror outfit LeT outfit and was involved in delivering pistols in Srinagar city to carry out targeted killings,” a police officer said.

A case has been registered and further investigation is in progress.