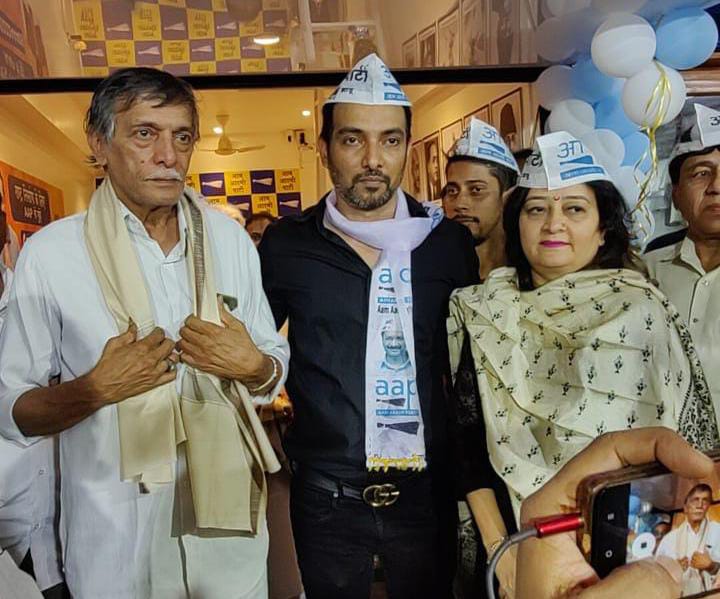 “Who gave the MLAs the right to play with a childs life?“

“If the MLA is going to run the school then close the education department..“

“The Delhi government runs schools without any corruption, so why not in Mumbai…“

MLA Rais Shaikh, has adopted Byculla’s Municipal School in Madanpura area under the Government’s P.P.E policy. The main task of school adopters under the scheme is to recruit teachers in these schools and bear other small and big expenses incurred. But the situation is different here and gets the feeling that Mr Raees Shaikh is using the school for elections? Because there is no security system in Raees Shaikh’s school, the fact that a five-year-old girl is being tortured is a matter of great shame and will the government take action on it? Aam Aadmi Party’s Mumbai president Preeti Sharma Menon made such a scathing remark.

Speaking further, Preeti Sharma Menon said that in Delhi, the education department is doing a great job and the whole country is appreciating it. On the other hand, the Maharashtra government is falling short of providing safe education to the children in the municipal corporation school. If there are 1200 children studying in a school in Madanpura area, there are about 2400 parents and the MLA is keeping them happy so he can reap the benefit during election. The parents of the children are told by the teachers that such leader of such party managing the school, and is doing so much work for you. This will be beneficial for that particular party while contesting elections. On the other hand, no other political parties will not have level playing field. The main purpose of making the PPE scheme was to keep the political and caste agenda separate and work only for education. The Samajwadi Party should not be allowed to contest in Madanpura area. The Aam Aadmi Party made such a request to the State Election Commission that the Samajwadi Party has already availed of the PPE scheme to win 2400-2500 people. How is the president of a political party being given this opportunity? He raised such objection at that time.

Aam Aadmi Party state committee member Aslam Merchant said,” When Mr Kailash, administrative officer of the education department in Byculla, was asked can a political party adopt a school under the PPE scheme, he denied me saying that we cannot allow any political party. Why different scales have been applied for different political parties, why law is not same?” He raised such a question at that time.

Related Tags:"Who gave the MLAs the right to play with a childs life?" "Preeti Sharma Menon's scathing criticism of Raees Shaikh" : Madanpura / MumbaiFeatured
Up Next