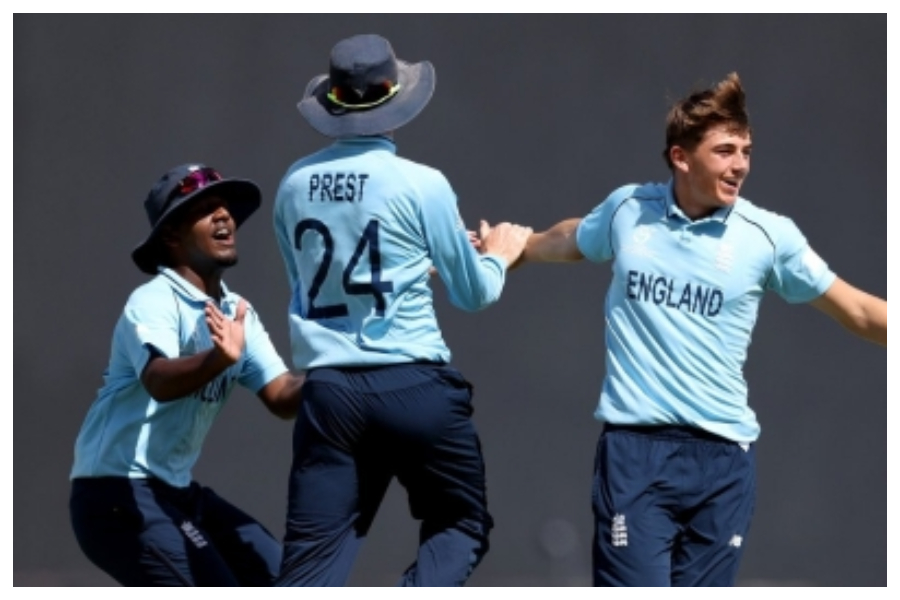 England Under-19 skipper Tom Prest is tapping into the knowledge of the past and present cricket stalwarts of his country as he looks to guide the team to its maiden ICC U-19 Men’s Cricket World Cup final since 1998.

England go into the Super League semifinal against Afghanistan later on Tuesday having won all four of their games so far, sweeping past South Africa by six wickets in the quarterfinal having topped Group A.

England’s progress has been followed by the senior side, which has just finished a five-match T20 series in Bridgetown , while former cricketer Graeme Swann has also been offering his advice as the current crop looks to emulate the achievements of a squad the 42-year-old spinner was part of 24 years ago.

“Before the quarterfinal, we had a few messages from the guys out here (England T20 team),” Prest was quoted as saying by ICC. “Knowing they are taking an interest and following what we’re doing gives us that extra confidence. It would be an unbelievable honour to captain a side in a World Cup final. Graeme Swann (working as part of the media covering the tournament) was playing in the team that won it in 1998, so he’s chatted to us a couple of times about what it takes to get through tournament cricket.

“He’s just been telling us to continue what we’re doing, not be complacent and compete through the 100 overs, regardless of the score. We’ve played some really good, positive cricket in the group games and the quarterfinal. It’s been brilliant so far and we came here with the intention of winning the competition, so to get to the final would be amazing,” said Prest.

Prest has has so far compiled scores of 93 and 154 not out in the group stage, while Jacob Bethell starred against South Africa with a fine 42-ball 88. With the ball, Rehan Ahmed is again set to play a vital role having taken four wickets in each of his two matches, though Prest knows Afghanistan have spinners of their own who can cause his side problems.

“It will be a great challenge for us, we’ve not played them (Afghanistan) before,” he said. “We’ve seen a bit of footage and they have some good mystery spinners, so it’ll be a good experience. We’ve done some good training sessions on methods against spin and hopefully that’ll stand us in good stead.

“Rehan has been huge for us since coming back in, and he’s a great asset for us as he can spin it both ways. Jacob’s knock obviously gives him a lot of confidence. He’s been threatening to do something like that for a while and it’s pretty amazing to watch from the sidelines when he’s in that form.”

Afghanistan also head into the semifinals full of confidence having defended 134 in a thrilling four-run quarterfinal win against Sri Lanka. Noor Ahmad smashed four sixes in his 30 and took 1/20 in his miserly 10 overs, with the left-arm spinner one of several dangerous bowlers looking to cause England’s strong batting line-up problems.

Suliman Safi’s side would become the first ever Afghanistan side to make the final of this competition should they win, going one stage further than the semifinalists of 1998.

“We have a good bowling attack and our spin is very strong. If we get a good total on the board, we feel we can defend it. We’ve had two days of good practice and we are prepared,” said Safi.

“This has been a good experience and a semifinal is a great achievement. Now we are focusing on playing good cricket.”

Related Tags:U-19 CWC
Up Next

Being told to reapply for Aussie coach’s job is a slap in the face of Langer: O’Donnell