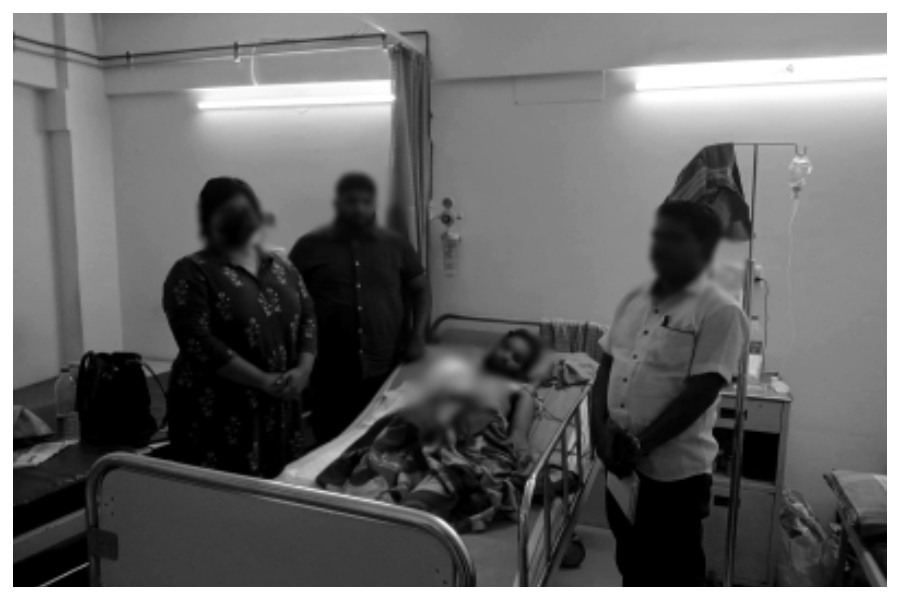 Three Karnataka Police officers have been suspended on charges of brutally assaulting a theft accused in custody, leading to the amputation of his arm, police said on Friday.

The three policemen are attached to the Varthur Police station in Bengaluru.

Nagabhushana Gowda, a head constable, B.N. Nagaraj, and H. Shivaraj, both constables, have been suspended pending inquiry. Salman Khan (22), a resident of Varthur, a theft case accused is the victim.

Salman Khan was arrested from his home on October 27, on charges of stealing car batteries. Sources said that in the preliminary inquiry, the accused confessed to having committed the crime and the investigating police team recovered stolen goods from the buyers.

The police allegedly forced him to agree to several other crimes which he had not committed, and tortured him.

The Varthur police kept him in custody allegedly for five days till October 31 in violation of the rules. The accused policemen beat him up until Salman Khan’s situation grew worse. They released him on October 31, after he became too sick.

His mother took him home and observed that his arm was swollen badly — almost twice of its normal size. When Salman Khan was unable to tolerate the pain any longer, he was taken to hospital.

The doctors conducted an emergency surgery and amputated his right arm. The doctors told the family that the amputation was necessary for his survival. Salman Khan’ collarbone was affected and nerves at the spot were affected.

Khan’s friends posted and flayed police atrocity on social media which aroused the public ire. DCP (Whitefield) D. Devaraj ordered an inquiry into the incident and the investigating officer found the allegations to be true prima facie.

Based on the report, the three policemen are being suspended. National Confederation of Human Rights Organisations Karnataka President senior counsel S. Balan has dubbed the incident as Bengaluru’s version of ‘Jai Bheem’. He also demanded Rs 1 crore compensation for the victim. All India Lawyers Association for Justice and the Campaign Against Hate Speech jointly had formed a fact-finding committee on this case which highlighted the police brutality.

The Bullion Market Association of Patliputra (BMAP) has gone on an indefinite strike on Saturday in protest against a massive loot at a jewellery shop in Bakaranj area of the city.

Vinod Kumar, the president of (BMAP) said the jewellery shops will remain shut till criminals are arrested and the looted jewellery recovered.

“We have demanded police protection to jewellers so that such an incident does not take place in future. We are strongly protesting against this incident and will also seek support of other bullion trading organisations of Bihar, Kumar said.

Around half-a-dozen masked men looted a prominent jewellery shop of the city’s Bakarganj wholesale market on Friday afternoon and decamped with gold, silver and diamond ornaments worth more than Rs 14 crore.

While scanning CCTV footage, it appeared that the robbers were in the age groups of 18 to 25. They all were carrying firearms and speaking to each other in some other language.

“By the accent and tone, they did not seem to be residents of Bihar. Their faces were not visible as they were wéaring face masks while committing the crime,” said an official of Patna police.

“While talking to each other, they could deliberately be using the accents and tone of other states to mislead the police. We are investigating it from all angles. One of the accused is already arrested after the crime. He has given some leads about the identities and locations of other accused,” he said.

At least seven persons were killed and 20 others injured when a blaze engulfed the 18th floor of a building in Tardeo, South Mumbai, on Saturday, the BMC Disaster Control said here.latest update is fire in control now.

The fire was noticed at the top part of the 20-storied Kamla Building at around 7.30 a.m.

The Mumbai Fire Brigade (MFB) rushed with fire tenders as the flames quickly spread to the two upper floors sparking panic among the building residents.

At least 20 injured persons were rescued by the MFB teams, of which four were critical and rushed to the BYL Nair Hospital nearby.

Mumbai Mayor Kishori Pednekar rushed to the spot to supervise the rescue and relief operations.

Seven persons succumbed to their injuries and the cause of the fire is being probed.