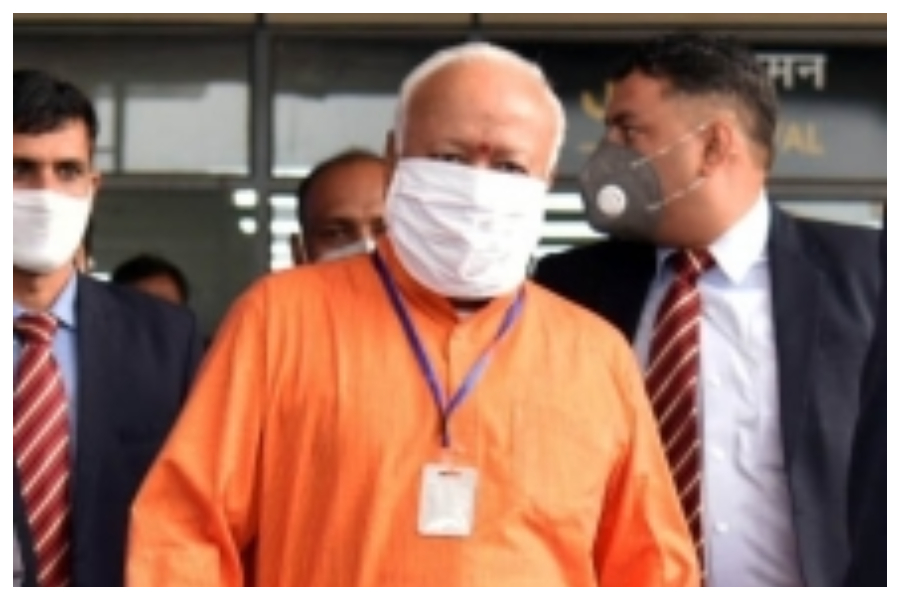 Rashtriya Swayamsevak Sangh (RSS) chief Mohan Bhagwat will be on a two-day visit to Lucknow from Monday.

RSS functionary Ashok Dubey said: “This time, after visiting Gorakhpur and Kashi, in eastern UP, the RSS chief will be in Lucknow for two days from Monday. He will be meeting achievers and important people from different walks of life during his visit.”

The RSS chief could seek their cooperation in view of the recent thrust on expanding Sangh’s presence in villages and its focus on employment.

The RSS has set a target of reaching all the villages by 2025, the year when Sangh completes 100 years of its existence.

RSS functionaries, however, said the goal of reaching all the villages could be reached by 2024 itself.

The Lok Sabha elections would also be held the same year when Prime Minister Narendra Modi would seek to win a third consecutive term for the BJP government at the Centre.

Related Tags:Mohan Bhagwat
Up Next

VIP has no existence in Bihar Assembly: Bihar DyCM