In a significant development, a magistrate’s court in Mumbai on Wednesday accepted a plea move by the Mumbai Police to declare ex-city Police Commissioner Param Bir Singh as a ‘Proclaimed Absconder’ for his alleged involvement in an extortion case lodged against him.

The development follows an application filed by the Mumbai Police seeking a declaration to this effect with regard to Singh, who is ‘untraceable’ since several months now.

Besides Singh, the police had sought a similar declaration against two other co-accused in the same case — suspended policeman Riyaz Bhati and Vinay alias Bablu Singh.

The three had been accused in a case filed based on a complaint lodged by Mumbai hotelier Bimal Agarwal against the trio, besides dismissed cop Sachin Vaze, in an extortion case.

Agarwal had alleged in his complaint that Singh and Vaze had extorted cash and valuables worth Rs 11 lakh from him for not ‘raiding’ his restaurant in January 2020 and March 2021.

Showing the NBWs against Singh to Bhajipale, advocate Shekhar Jagtap, appearing for the Mumbai Police, said that the police had deputed teams to execute the warrants at the last known addresses of the accused trio.

However, they failed to trace them and also learnt that the accused have not visited their homes since the case was lodged against them, and their present whereabouts are not known.

There have been allegations from various politicians that Singh may have sneaked out of the country to evade action planned by the Mumbai Police against him in various cases.

The police sought that the missing trio be declared as ‘absconders’ under the CrPC Section 82, which was allowed by Bhajipale.

However, BJP’s Leader of Opposition in Maharashtra, Pravin Darekar, dismissed the development, saying that the state government should concentrate on the burning issue of state transport (ST) strike.

Well-known criminal lawyer Ujjwal Nikam said that with this, the police can initiate the formalities for serving the 30-day notice and then attach the movable and immovable assets of the accused.

Telangana man climbs on tree to avoid getting vaccinated

With the health authorities going door to door to expedite Covid-19 vaccination and achieve 100 per cent target in Telangana by the end of December, incidents of vaccine hesitancy are coming to light.

In one such incident in Telangana’s Sangareddy district on Tuesday, a man climbed on a tree to avoid vaccination. When the health workers reached the house of Ghousuddin at Rejinthal village in Nyalkal mandal of Sangareddy district, he refused to take the vaccine.

Though Ghousuddin’s father Sardar Ali and other family members tried to persuade him to take the jab, the 33-year-old refused to budge. When the locals insisted, the man climbed on a tree. According to eye-witnesses, he sat on the tree for one hour and got down only after the health workers had left the place.

This led to tension in the area. The health staff informed the police that a man tried to attack them. They also staged a protest demanding action against him. A police officer who rushed there said a case would be registered if the health employees lodge a written complaint. The police officer later succeeded in persuading the residents to take the vaccine.

The health workers are going door to door across the state to ensure 100 per cent vaccination. Since 51 per cent of the eligible people have not taken the second dose despite completing the gap time between two doses, the department is trying to administer the dose by going to their doorsteps. 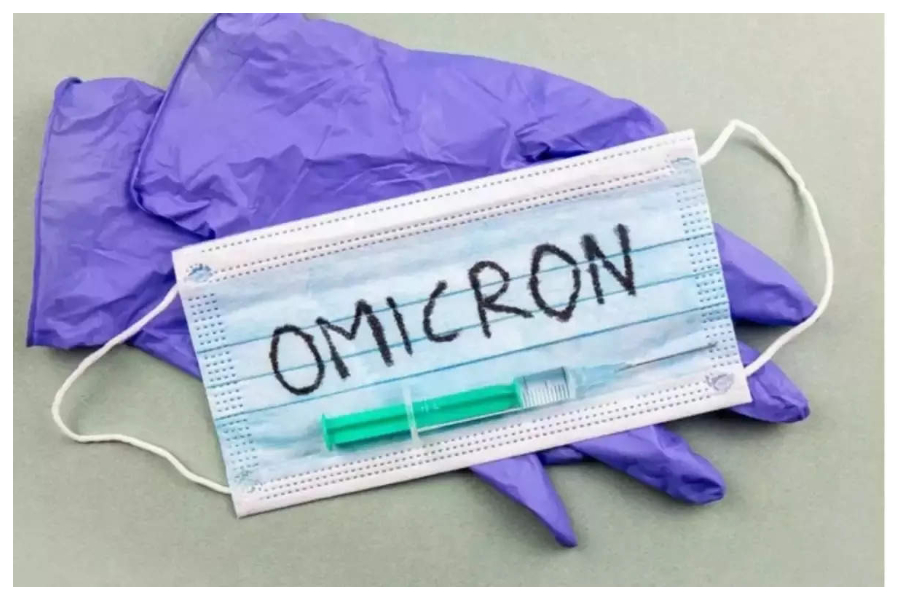 Omicron scare gripped Andhra Pradesh’s Srikakulam district as authorities have sent samples of a man who recently returned from South Africa and tested positive for Covid-19 for genome sequencing.

The man was under home isolation in Srikakulam town and his samples were sent to Centre for Cellular and Molecular Biology (CCMB) in Hyderabad for genome sequencing.

Srikakulam district collector Srikesh Lathkar said the genome sequencing report was awaited. He said it was only after receipt of the report that it can be confirmed if he was infected by Omicron or not. The collector said people need not panic as all necessary steps were taken to tackle the case.

The man hailing from Santabommali in Srikakulam district returned from South Africa on November 23 and had tested negative after a Covid test was done at the airport. However, he later developed fever and on December 5 got another test done at a local Primary Health Centre which turned out to be positive.

As the word spread, fear gripped the area in view of reports about few Omicron cases being reported in other parts of the country among the passengers who returned from ‘at risk’ countries, including South Africa.

Officials said the man and his family members were under home isolation. As the rumours spread on social media that the man was infected by Omicron, health officials clarified that the samples were sent to CCMB for confirmation.

No case of Omicron has been detected so far in Andhra Pradesh. Director of public health and family welfare Dr Hymavathi also denied reports that 30 foreign returnees were missing in the state.

About 30 passengers from the Visakhapatnam region returned last week and their health was being monitored by the state medical and health department.

The health department has also deployed medical teams at all airports in the state to monitor and screen the travellers.

Telangana man climbs on tree to avoid getting vaccinated