Amidst the ‘unholy’ row kicked up by Delhi Chief Minister Arvind Kejriwal to include photos of Goddess Lakshmi and Lord Ganesh on Indian Currency Notes, the Reserve Bank of India (RBI) and the Centre had already put a lid on the issue way back in 2010.

An RTI reply to this effect on the Indian Currency Note (ICN) was sent by the Department of Economic Affairs’ Additional Secretary Manisha Sinha to a Pune businessman Prafful Sarda in 2019.

The government said that a high-level panel (October 2010) constituted by the RBI had deliberated at length on the need for inclusion of other eminent personalities, Bharat Ratnas, Nobel laureates, freedom fighters or sports persons on the ICN design.

The High-Level Screening Committee – set up on the advice of the then Government of Prime Minister Dr. Manmohan Singh – felt that “no other personality could better represent the ethos of India better than Mahatma Gandhi”.

“Therefore, it was decided to retain the portrait of Mahatma Gandhi on the obverse of banknotes and on the watermark. Government has approved the recommendation,” declared the RTI reply of November 11, 2019, sent from the North Block.

“I had asked the PMO to consider printing the photos of Dr. B.R. Ambedkar or Sardar Patel on the ICN after which the government gave the reply and the matter rested. It proves that the Delhi CM has only vested political motives behind his latest demand,” Sarda said.

The plea to the PMO was in view of the various demands to add pictures of other personalities on ICNs that keep cropping up frequently, he added.

Later, a former MP of All India Trinamool Congress and former cricketer Kirti Azad had raised the issue in Parliament for including other prominent personalities on the ICNs, but the Finance Minister Arun Jaitley had cited the RBI panel’s report in response.

As Kejriwal faces flak now, Maharashtra Congress Chief Spokesperson Atul Londhe hit out saying the ‘IIT graduate’ Delhi CM was ‘pontificating like a pandit or soothsayer’ with his ridiculous suggestions.

“Why doesn’t he talk about all his unfulfilled promises, or the failures of the BJP government in the past over eight years, instead of coming up with such meaningless ideas to solve the country’s economic crises,” Londhe added sharply.

Taking a swipe at Kejriwal, state Congress General Secretary Sachin Sawant cautioned that if it happens, “then the currency notes with pictures of Gods and Goddesses will be circulated in bars, abattoirs, fish markets or non-vegetarian restaurants, then what will you do?”

Shiv Sena Spokesperson Kishore Tiwari said that while the BJP supporters may not object to this, “what’s the guarantee that this measure will solve all the ills of the country like inflation, unemployment, economic mess, etc., perpetrated by the BJP for so many years”.

On the other hand, an NRI from the US, Ketan Kakkad feels that “nothing is wrong per se with Kejriwal’s demand”, especially since the world’s largest Islamic country Indonesia has a photo of Lord Ganesh on its ‘Rupiah’ currency notes, though the Hindu population there is only three per cent of the total.

“My question to Kejriwal is – along with Lord Ganesha’s photos, why don’t you also propose religious symbols/photos of other Indian minority communities like Muslims, Christians, Parsis, Jains, etc., which account for 20 per cent of the total population here? I am sure even the BJP, RSS or AIMIM won’t object to this,” said Kakkad.

Adopting a ‘wait-and-watch’ attitude, the Nationalist Congress Party has decided to maintain a ‘divine’ silence over the Kejriwal political fracas – for the present. 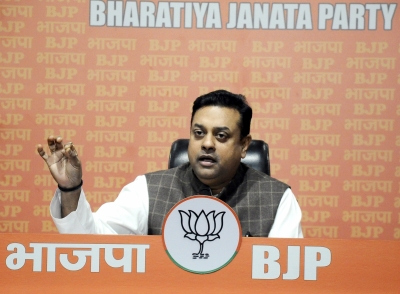