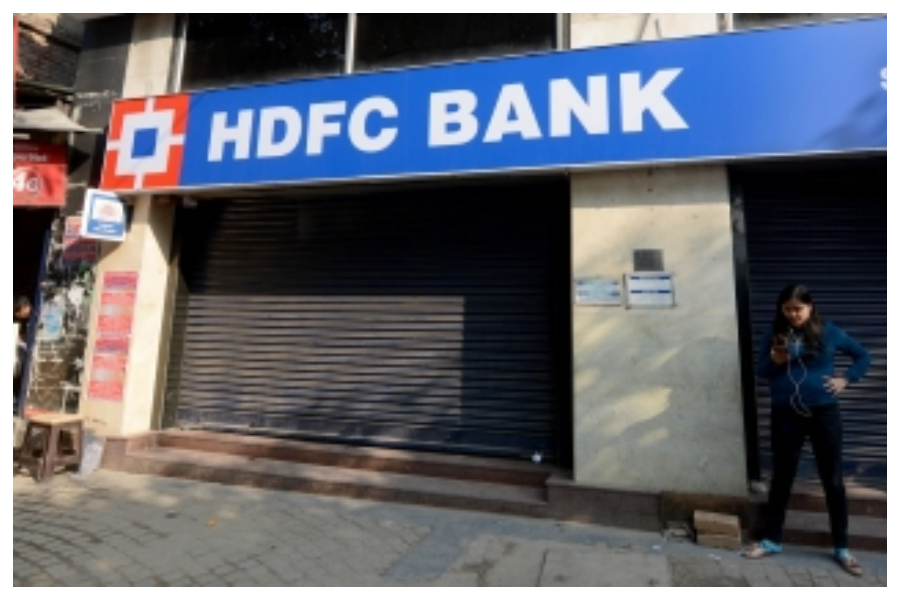 Shares of HDFC Bank rose significantly on Monday after the Reserve Bank of India lifted the restrictions on the bank regarding its business generating activities planned under the ‘Digital 2.0’ programme.

In December 2020, the RBI had directed HDFC Bank to temporarily stop all launches of the ‘Digital Business’ generating activities and sourcing of new credit card customers on certain incidents of outages in the Internet banking, mobile banking and payment utilities of the bank over the past two years.

In August last year, RBI had relaxed the restrictions on the bank and allowed the lender to issue new credit cards.

However, the restrictions on all new launches of the digital business generating activities planned under ‘Digital 2.0’ were to be reviewed by the RBI.

In the past one week, or five sessions, HDFC Bank has outperformed the broader market by gaining over 10 per cent, as compared to a 6 per cent rise in the Sensex, data showed.

Related Tags:HDFC Bank
Up Next

Rupee slips first time below 81-mark against US dollar 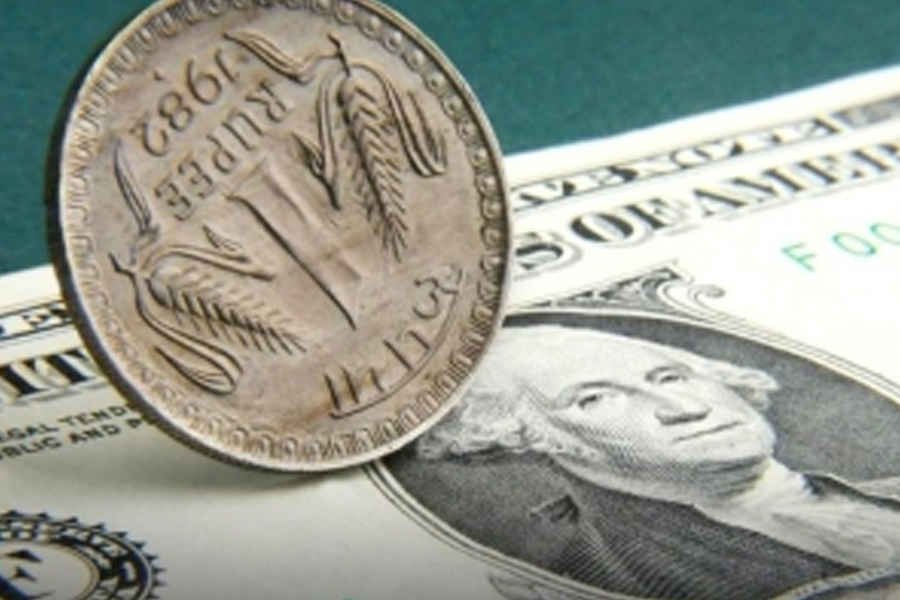 This was because of uncertainty created after the uptick in dollar index, increase in policy rate by the US Fed and Bank of England, and escalation in geopolitical tensions between Russia and Ukraine.

Moreover, the negative trends in the domestic equities also weigh on sentiments.

At the interbank foreign exchange market, the rupee opened at 81.08 against the greenback, then fell further to 81.23, registering a fall of 44 paise over its previous closing.

On Thursday, rupee depreciated 88 paise to close at all-time low of 80.86 against the US dollar.

The Bank of England hiked its base rate by 50 basis points to 2.25 per cent.

The dollar index, which gauges the greenback’s strength against a basket of six currencies, advanced 0.28 per cent to 111.412.

A report from ICICI Securities said the Dollar Index may continue with its positive bias as the US Fed decided to raise interest rate by 75 bps, for a third consecutive month and signalled that it would continue to lift rates this year at a most rapid pace to combat inflation, which is running hot.

Additionally, the US Federal Reserve announced it would continue with its plan to shrink its $9 trillion asset portfolio, which plays an important role in firming stance of monetary policy. Additionally, in this year two policy meets are pending, we may see a 75 bps rate hike in November meet and 50 bps in December meeting. Additionally, other major central banks across the globe are likely to lag behind in tightening monetary policy, high inflation and dwindling economic growth. 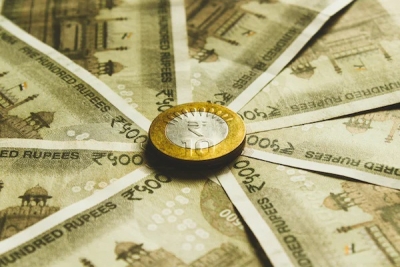 The Indian rupee has depreciated to the record low since the morning trade after the dollar index surged to 20-year high and 75 basis points rate hike by the US Fed, and hint at more rate hikes in the future.

Rupee’s previous record low against the greenback was 80.12 reached late in August.

At the interbank foreign exchange market at 12.30 p.m., rupee was trading at 80.71 against the dollar, which was sharply lower than its previous close.

“With the US Fed increasing rates by 75 bps and hinting at more rate hikes in the future, we believe the dollar index can see a significant increase, implying that most major market currencies, including INR should be under pressure. If we start seeing INR depreciating, then from a USD returns perspective for FPIs, India becomes unattractive,” said Naveen Kulkarni, Chief Investment Officer, Axis Securities PMS.

The US dollar index hit a fresh 20-year high on Thursday after the US Fed warned about aggressive rate hikes in the future. The dollar index jumped to 111.530 on Thursday during the afternoon trade.

The local currency as well as dollar index also got hurt due to escalating geopolitical tensions after Russia ordered a partial mobilisation of military forces in Ukraine.

Kulkarni also added that we could also witness a reversal of FPI flows in the near to medium term, which will increase market volatility. Higher interest rates in the US will force major central banks, including India, to increase interest rates to stem the pressure on their domestic currencies and with increased interest rates and cost of capital, market multiples can contract. We believe in the near term, Indian equity markets can witness increased volatility.

“For USDINR, 79.60 acts as a good base while a break of all-time high of 80.13 on a closing basis, can open doors for 80.50 levels as a lot of option sellers may trigger stop losses,” Sodhani added. 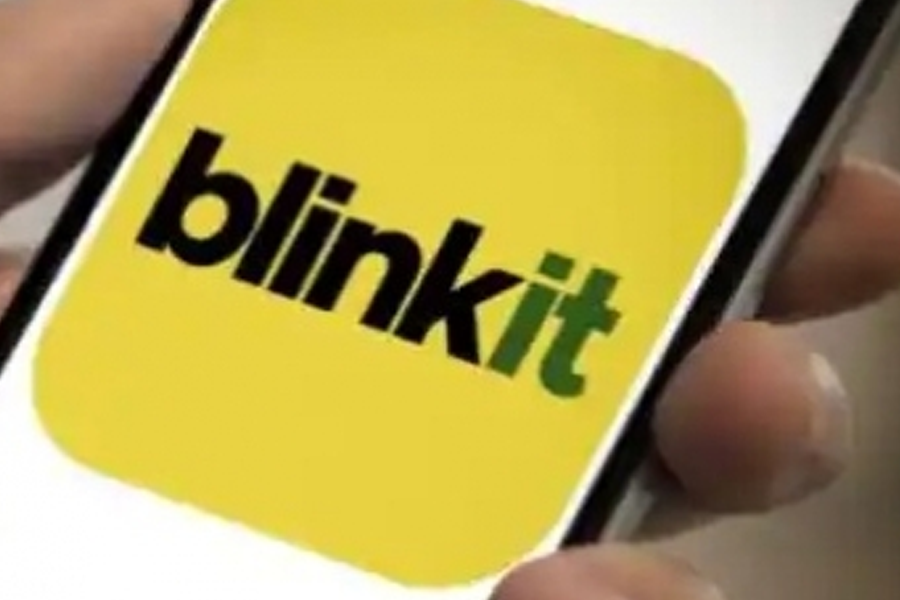 Only 14 per cent of consumers in India would use 10-minute delivery platforms to get print-outs delivered at home, a report said on Monday, as Zomato-owned Blinkit recently started printout on demand service in the country.

Of those willing to avail such a service, 7 per cent said it was due to “convenience” reasons, and another 7 per cent stated it was both for convenience and the price factor, according to community social media platform LocalCircles.

On the other hand, 82 per cent households stated that they had no plans to switch over to a delivery platform for printing needs either for privacy reasons, or unwillingness to change from the current mode of using home printers or use of services from nearby shops or for both reasons.

“While platforms like Blinkit have promised to delete the information immediately on completion of the task, consumer concerns are bound to linger,” said the report.

Whether the demand from just 14 per cent households is sufficient to sustain the printing infrastructure in markets where quick service grocery delivery platforms operate is what will determine whether these on-demand printing services continue or are discontinued.

The pandemic drove sales of printers up as school and college students in urban India did their classes online, had to print, complete, scan and upload assignments from home.

However, as schools and colleges resumed fully in early 2022, the need for printing has reduced again.

The report also revealed that due to lack of use or other issues 28 per cent out of 10,514 respondents have non-functional printers at home while another 4 per cent are not sure about when they purchased the home printer.

Nearly 6 per cent respondents admitted to using printing facilities at place of work and carrying printouts home while 3 per cent stated that they rarely needed to use a printer.

Last month, Blinkit announced to deliver printouts at your doorsteps in minutes.

The 10-minute delivery platform, acquired by Zomato for Rs 4,447 crore (about $568 million) said the facility is available in some regions.