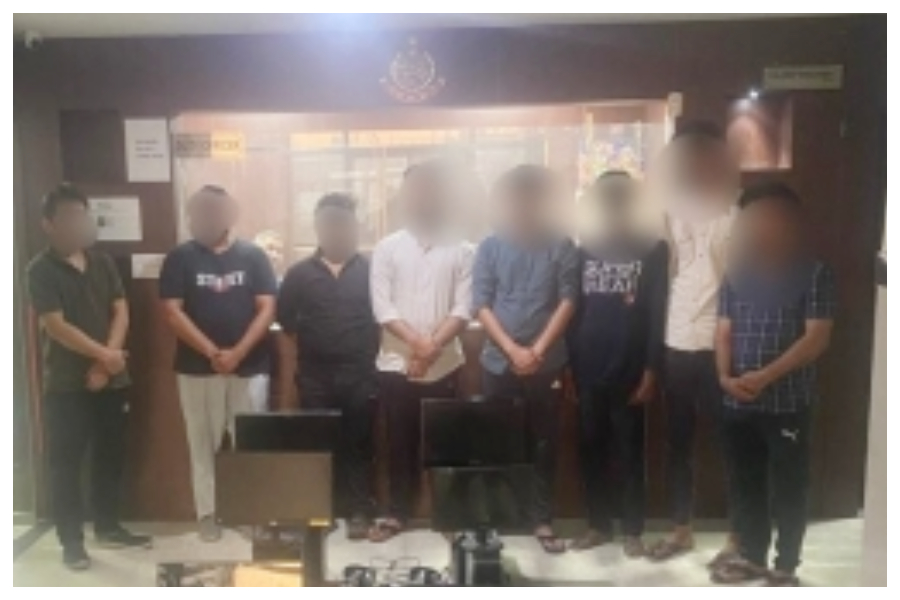 Delhi Police have busted a fake international call centre and arrested eight persons who allegedly cheated US nationals to the tune of Rs 35 lakhs on the pretext of providing them with tech support.

“Secret information was received at Cyber Police Station that the fake international call centre was operating in Okhla Vihar, Jamia Nagar… A team was formed to nab the accused.

“The team raided the location where six people were found having telephonic conversations with the foreigners. After seeing the police party, they tried to escape but were overpowered by the alert team,” the DCP said.

During interrogation, the accused told the police that they cheated several gullible persons, mainly US citizens, by posing as Amazon Inc/Paypal executives.

Through technical means, the accused managed to get their fake tech support ads with their Virtual Toll Free numbers displaying on top of the browsed pages.

When the victims would contact them to redress their complaint or get tech support, the accused would get a fake anti-virus downloaded to their system and receive payment for it in terms of gift cards from Amazon, Google Pay and Target.

Thereafter, the accused would redeem these gift cards into INR through Redeemer.

From the investigation conducted so far, transaction of around Rs 35 lakhs have been verified from the computer seized from the accused persons.

Related Tags:delhi police
Up Next

One killed, 56 injured in road accident in J&K’s Rajouri