Veteran West Indies batsman Chris Gayle has stated that he would “love” to see T10 format of cricket in the Olympics.

“I would absolutely love to see T10 within the Olympics. It would be something huge for the sport from a general point of view. I also think T10 can be (held) within the United States also since it’s a big platform,” said Gayle while speaking from his home in Jamaica.

“I think most people don’t recognise the States for cricket, but T10 is very much suitable to be held within USA, and I believe it can help generate bigger revenues as well,” he added.

Gayle will be playing for Team Abu Dhabi in the upcoming edition of the Abu Dhabi T10 league slated to take place from January 28 to February 6.

Speaking about his experience of playing in the T10 league, the ‘Universe Boss ‘said, “The first time I played T10 it was really exciting, fun and swashbuckling. I really liked it because it was just powerhouse hitting from ball one, and all the guys enjoyed it.”

“We had a good time as well, so like I said, being back and playing in Abu Dhabi now, it is a better wicket to bat on now, so more runs can be scored. I think that happened last year as well in Abu Dhabi – the scoring percentage rate is certainly higher now, so it’s good luck to the bowlers,” he added.

Sourav Ganguly discharged from hospital, says ‘I am absolutely fine’ 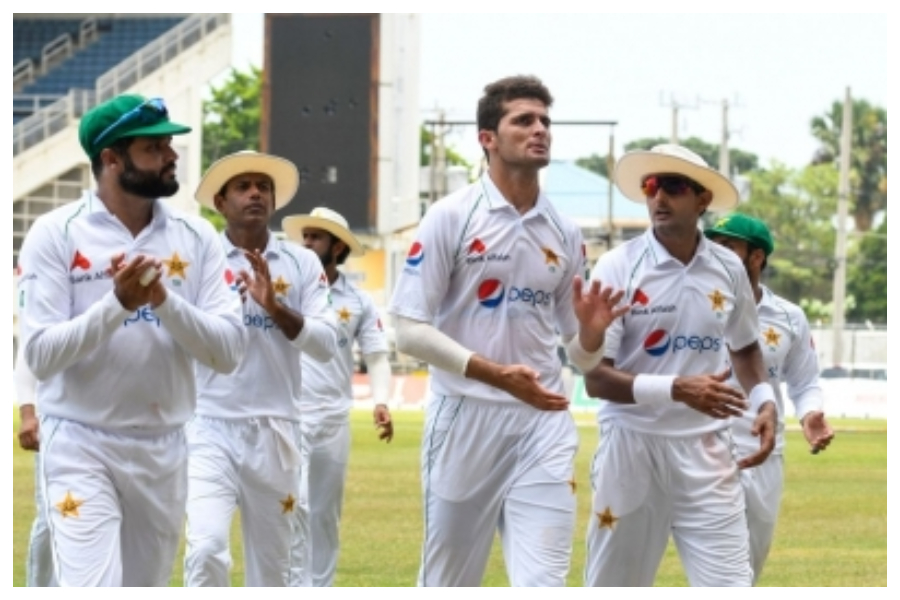 Pakistan pace spearhead Shaheen Afridi has made it to the top-five of the ICC Men’s Test Player Rankings for the first time in his career after a fine show in the first Test against Bangladesh, which Pakistan won by eight wickets.

The 21-year-old left-arm bowler, who grabbed seven wickets including a five for 32 in the second innings of the Chittagong Test, has moved up three places to fifth position after overtaking England’s James Anderson, South Africa’s Kagiso Rabada and New Zealand’s Neil Wagner.

Afridi’s new-ball partner Hasan Ali too is at a career-best position after finishing with a similar seven-wicket match haul that included a five-for in the first innings. Hasan has advanced five places to 11th place. His previous best in Tests was 14th, reached in May this year.

Pakistan’s opening batters too made quite an impact in the rankings. Abid Ali may have missed out on a century in the second innings but his scores of 133 and 91 helped him shoot up 27 slots to a career-best 20th position, while Abdullah Shafique entered the rankings at 83rd with scores of 52 and 73.

For Bangladesh, Mushfiqur Rahim is up four places to 19th with scores of 91 and 16 while Liton Das has moved up 26 places to a career-best 31st position after accruing 114 and 59. Left-arm spinner Taijul Islam has progressed two places to 23rd after an eight-wicket match haul that included seven scalps in the first innings.

The thrilling draw in Kanpur between India and New Zealand had quite a few performances from either side that reflect in the latest weekly update that also includes the first Test between Sri Lanka and the West Indies at Galle, which the host side won by 187 runs.

Debutant Shreyas Iyer’s Player of the Match effort of 105 and 65 helped him enter the rankings in 74th position while opener Shubman Gill (up six places to 66th) and Wriddhiman Saha (up nine places to 99th) also made notable progress after notching half-centuries.

Ravindra Jadeja is up two places to 19th among bowlers with five wickets in the match and is also up one place to second among all-rounders. Ravichandran Ashwin is the third-ranked all-rounder and 79th among batters.

For New Zealand, Tom Latham’s knocks of 95 and 52 place him back in the top 10 as he goes up from 14th to ninth. Fast bowler Kyle Jamieson is ninth among bowlers, his three wickets in each innings resulting in a gain of six places. Tim Southee has gained 15 rating points to reach within one point of second-placed Ashwin (840) after his eight-wicket match haul.

Sri Lanka, whose win in their first match of the ICC Men’s Test Championship put them on top of the table, also had some improvements after the Galle Test.

Captain Dimuth Karunaratne’s Player of the Match effort of 147 and 83 lifted him four places to seventh, just one below his career-best sixth position attained in August 2019. Former captains Angelo Mathews (up two places to 23rd) and Dinesh Chandimal (up four places to 46th) have also advanced.

Left-arm spinners Lasith Embuldeniya (up four places to 37th) and Praveen Jayawickrama (up six places to 44th) and off-spinner Ramesh Mendis (up 28 places to 57th) have improved in the rankings for bowlers. 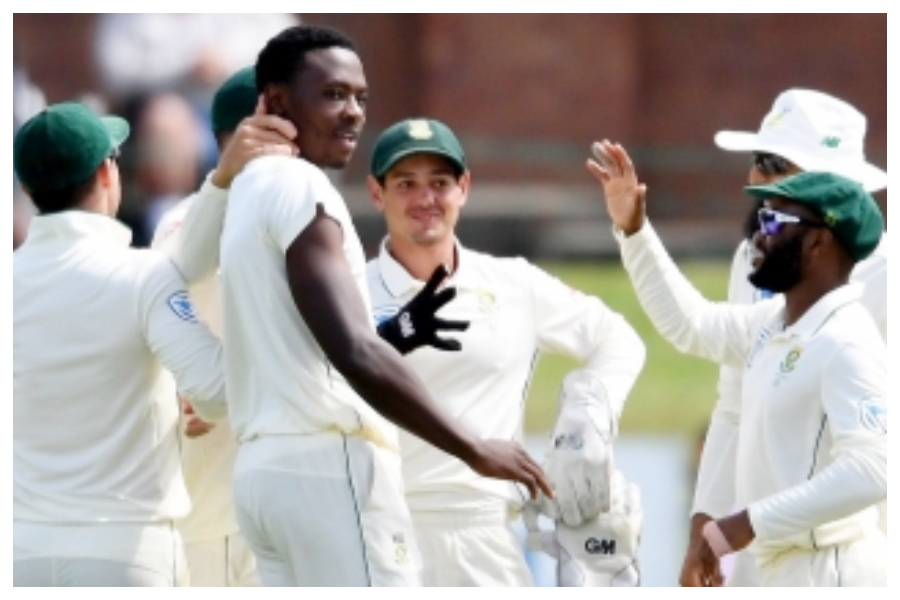 In a bid to assure the world about bio-bubble arrangements ahead of a very important series against India, Cricket South Africa (CSA) reiterated its capability to institute a biologically safe environment (BSE) of the highest standard.

India is scheduled to play three Tests, three ODIs and four T20Is in the Rainbow nation, starting with the first Test at the Wanderers in Johannesburg on December 17 and ending with the fourth T20I on January 26 at Boland Park in Paarl. But the discovery of the new COVID-19 variant, Omicron, along with travel bans issued by various countries meant that the marquee tour happening as per plan is in doubt.

Amidst all the uncertainty, CSA has now released a statement on Wednesday about their capabilities of organising the India tour in high-quality bio-bubbles, giving example of how the men’s team has been in bio-bubbles at home and away ever since the pandemic began. “CSA has instituted world-class standards and measures to ensure all players, staff and officials are protected within this environment.

“Our main focus was to safeguard the cricket biosphere by managing strict entry standards and limited movement outside its cordon. What we have implemented at our BSE (bio-secure environment) is a cordon sanitaire which offers full and continuous protection to all individuals who respect and abide by our very demanding guidelines and rules,” said CSA’s chief medical officer Dr Shuaib Manjra.

On Tuesday, South Africa’s foreign ministry had lauded the BCCI for not pulling out the India ‘A’ team from its ongoing three four-day Test tour in Bloemfontein. It also gave assurances on full bio-bubble measures being provided for India as well as South Africa during the duration of the highly anticipated series.

South Africa Test skipper Dean Elgar has expressed his confidence in bio-bubble measures taken by the CSA, saying that the team has given results despite them taking a toll mentally.

“It’s hard to believe we’ve been working in these BSE conditions for a year now, but anyone who has been affected, either directly or indirectly by the Covid-19 virus, knows this is a necessity if we want to continue playing cricket. It takes a toll on a player mentally and yet this team continues to produce good results and make progress. That’s something I don’t think is being spoken about enough.

“The measures that have been put in place and the hotels chosen take into account the teams’ physical and mental health needs. We don’t know how much longer we’ll be operating like this, but it’s gratifying to know that when tours come around, the health and safety of all involved is top priority.”

His white-ball counterpart Temba Bavuma too has supported the bio-bubble measures by CSA. “CSA has to be commended for the way they have gone about the BSEs. It hasn’t been an easy year for us all. Being confined to a hotel room and being restricted from leaving the hotel and having the choice – in most places away from home – between your room and the team room and little access outside the hotel takes its toll, particularly for the all-format playing members of the team and management.

“I’m confident our BSEs are of the highest safety standards and the protocols are set with everyone’s physical well-being and mental health in mind.”

IND v NZ: As a team, everyone is backing Rahane and Pujara, says Mhambrey 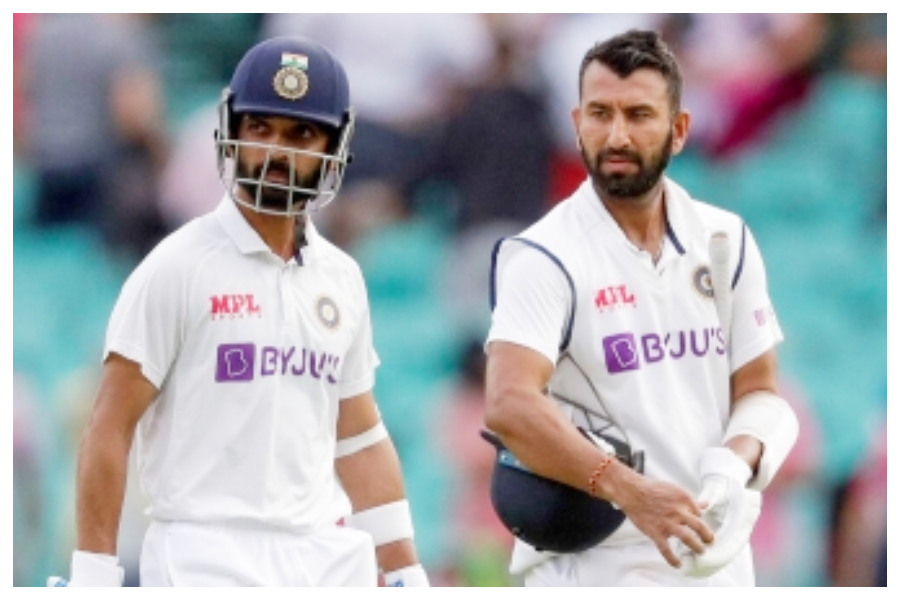 India bowling coach Paras Mhambrey said on Wednesday that the team is backing senior batters Ajinkya Rahane and Cheteshwar Pujara to come good ahead of the second Test against New Zealand on Friday. He believes that the duo is just one innings away from bouncing back in form.

In the drawn first Test at Kanpur, Rahane registered scores of 35 and 4, resulting in his Test career average going below 40.

Pujara, on the other hand, is yet to score a century since his knock of 193 against Australia in the 2019 Sydney Test.

Just like Rahane, Pujara was unable to leave an impact in the Kanpur Test, making 26 and 22 in both innings.

“I think with both Ajinkya and Pujara, we know that they have a lot of experience behind them. They played enough cricket and we also know as a team that they are one innings away from coming back into form. So, as a team, everyone is behind them and backing them.

“We know that the value they bring to the team, the experience that they have will come good. So, it is just one innings away from getting back to the form. They have played enough cricket to understand what is expected out of them and what is required to get that going,” said Mhambrey in the virtual press interaction.