Former India captain and opener Sunil Gavaskar has batted for neutral umpires in Test cricket even though he has praised the quality of officiating from home umpires in India’s ongoing series in England and the series in Australia that ended in January this year.

“I would still want to see neutral umpires because after you exhaust your 2-3 reviews, there could still be a decision that could be game-turning,” said the batting maestro on air during the third day’s play in the second Test.

“To avoid the finger of bias, you should have neutral umpires,” he added.

“The quality of umpiring in this series (between India and England) as well as in Australia has been brilliant. Can’t say that about it during our [playing] days though,” said Gavaskar further.

Current Pakistan Prime Minister Imran Khan was the first Test captain to bat for neutral umpires. He invited Indian umpires V.K. Ramaswamy and Piloo Reporter to officiate in their home series against West Indies in 1986.

He also invited English umpires John Hampshire and John Holder to officiate in the home series against India in 1989-90.

The International Cricket Council (ICC) then brought one neutral umpire on experimental basis in 1992 and then made it mandatory in 1994. From 2002, starting with India’s tour of the West Indies, two neutral umpires became a regular feature in Test matches.

In June 2020, however, the ICC had temporarily done away with neutral umpires due to logistical problems related to travel due to the Covid-19 pandemic.

Though when Bangladesh hosted West Indies for Tests in February this year, English umpire Richard Illingworth officiated since the host did not have enough qualified umpires.

Illingworth is officiating with fellow Englishman Michael Gough in the ongoing second Test at Lord’s.

The kind of wins you cherish a lifetime: VVS Laxman praises West Indies

Australian captain Aaron Finch has conceded that not winning the ICC T20 World Cup title so far has been a sore point with the Kangaroos and the final against New Zealand later on Sunday is the “best opportunity to rectify that”.

The closest Australia came to winning the T20 World Cup was during the 2010 edition held in the West Indies, where they lost to England by seven wickets.

“It’s one that’s eluded us in the past, and the fact that we are here in the final gives us the best opportunity to rectify that. Yeah, I think it will be a great game against New Zealand. They are a great side and they have been in all the finals over the last six years. Looking forward to it,” said Finch ahead of the title clash.

Finch added that despite critics writing his team off, the way the players had gone about their business was heartening.

“Everyone had written us off but we had a lot of confidence within. We’re really confident the way that we were preparing, the way that our strategy was coming together. Yeah, I think it hasn’t defied expectation. I think we came here with a really clear plan to win the tournament, and we still feel as though we’ve got the squad to do that.

“Well, I think the spirit among the team… and that’s been really impressive the way we’ve gone about our business. Everyone has prepared really well. Everyone has had a really defining match or match-defining performance at some point. The guys are really up and about for the final,” said Finch.

Finch added that batting stalwart Steve Smith’s form wasn’t a concern despite the fact that the former skipper has been unimpressive so far in the tournament, and the team management has drawn flak for persisting with him.

“No, not concerned one bit about his (Smith) form. He’s a world-class player and he’s someone in big games has showed how valuable he is. He’s been hitting the ball as well as I’ve seen for a long time, so no, no concerns there whatsoever.” 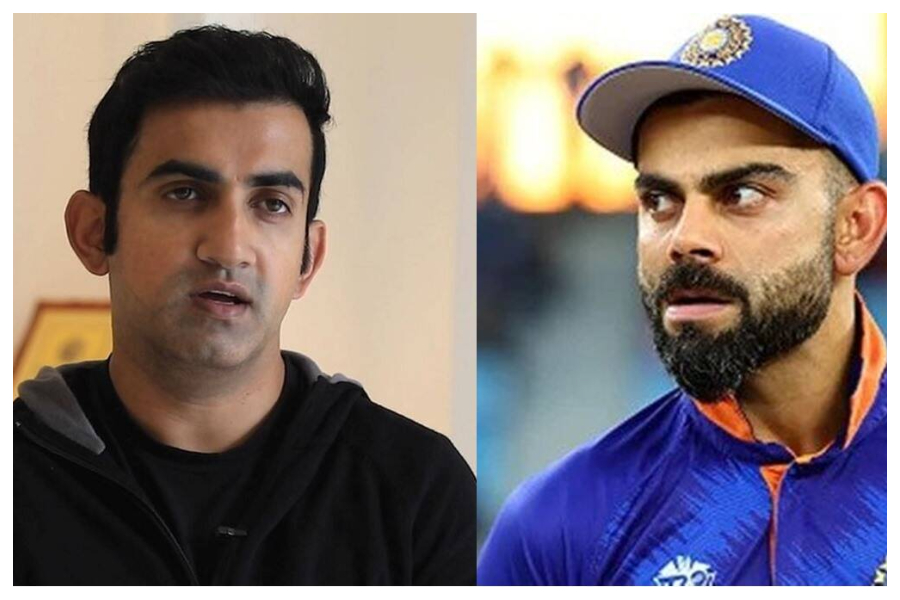 After the crushing eight-wicket defeat against New Zealand, former India opener Gautam Gambhir has slammed the Virat-Kohli-led side, saying that they have the skills but lack the much-needed mental toughness to win big knockout games in ICC tournaments.

India have succumbed to pressure and lost two successive matches, against Pakistan and New Zealand, in the ongoing 2021 Men’s T20 World Cup.

According to Gambhir, the Indian team has the skills but they lack the mental strength to win important games in ICC events.

“Yes talent is one thing; you’ve got all the skills and do really well in bilaterals and stuff. But when it comes to these kinds of games and tournaments, this is when you have got to stand up and perform,” said Gambhir on ESPNCricinfo.

”This game was literally like a quarterfinal. The problem is with the mental toughness of the side. Suddenly when you know you have got to win the game and can’t make mistakes, in bilaterals it’s different because you can make mistakes there. But in these kinds of games, I don’t think India has got that mental strength,” he added.

The former opener, who is often remembered for his two match-winning knocks for India in the finals of the 2007 T20 World Cup and 50-over mega-event in 2011, felt that someone should have put his hand up when it mattered most for the team.

“They have the skill and are a very dangerous side. But, unfortunately, we can keep talking about it that we need to stand by our team when it’s not doing well but it’s been a trend and it’s been happening for a very long time in most of these ICC tournaments, whether it’s the semifinals or the game (against New Zealand on October 31) as well. When it mattered the most for someone to put his hand up, they just couldn’t,” said Gambhir.

”Very disappointing from India. NZ were amazing. India’s body language wasn’t great, poor shot selection and like few times in the past, New Zealand have virtually ensured we won’t make it to the next stage. This one will hurt India and time for some serious introspection #IndvsNZ, ” Sehwag said in a tweet.

India have three matches remaining in the tournament and another loss will confirm their early exit from the competition. The Men in Blue will have to win their remaining matches by big margins to ensure their net run rate can be improved and they stand a chance at qualifying.

They will next face Afghanistan in their third match on November 3 in Abu Dhabi in the hope of turning their campaign around in the mega event.