He posted a video that features people in front of a Christmas tree, playing the song “Jingle bells” on various instruments including the sitar, sarangi and the dhol.

His fans loved the post and wished him a merry Christmas, too.

On the work front, he is busy promoting his production “Kaagaz”, helmed by Satish Kaushik.

“True story of a man who was declared dead on #Kaagaz. Premiering 7th January 2021 on @ZEE5Premium and simultaneously in selected theatres in UP,” he tweeted on Thursday.

Salman’s upcoming acting projects are “Radhe: Your Most Wanted Bhai”, “Kicks 2”, and “Antim: The Final Truth”. 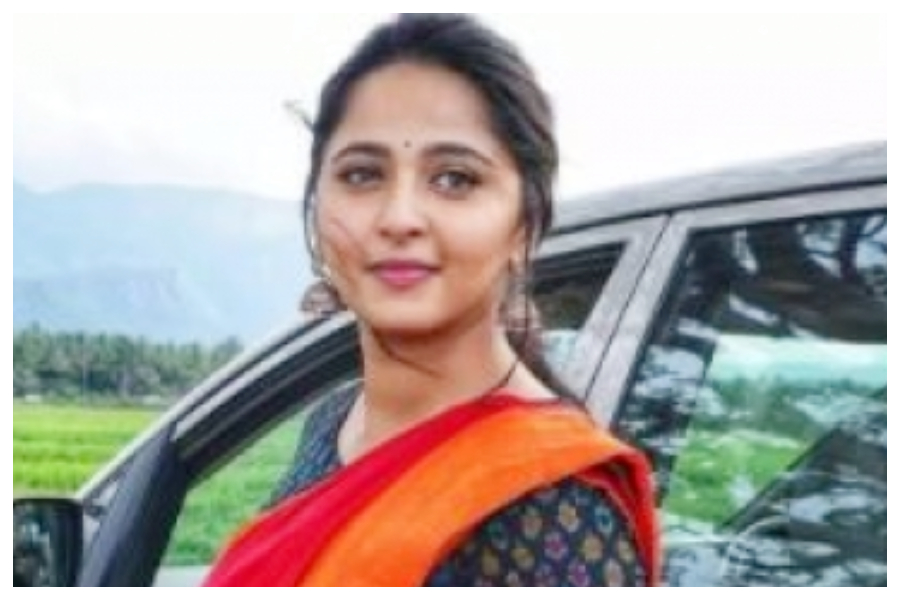 Actress Anushka Shetty has recalled working on one of her biggest hits in the Telugu film industry, director Kodi Ramakrishna’s ‘Arundhati’, saying the film will always be close to her heart.

On Sunday, the Telugu film, which went on to emerge a superhit, completed 13 years.

Anushka Shetty, whose star value increased considerably after her brilliant performance in the spine-chilling horror fantasy flick, took to Instagram to pen her thoughts on the experience of working on the film.

She said, “13 Years for Arundhati! Jejamma – A character once in a lifetime for any actress and I am truly blessed. Thanks to Kodi Rama Krishna garu, Shyam Prasad Reddy garu and the whole team. A very big thank you to all the lovely audience for their support & this movie will be always close to my heart.”

The film, which had cinematography by K.K. Senthil Kumar and music by Koti, won a whopping 10 Nandi Awards, which are given by the Andhra Pradesh state government. Of the 10, Anushka Shetty won a Special Jury Award while Sonu Sood won the award for Best Villain. 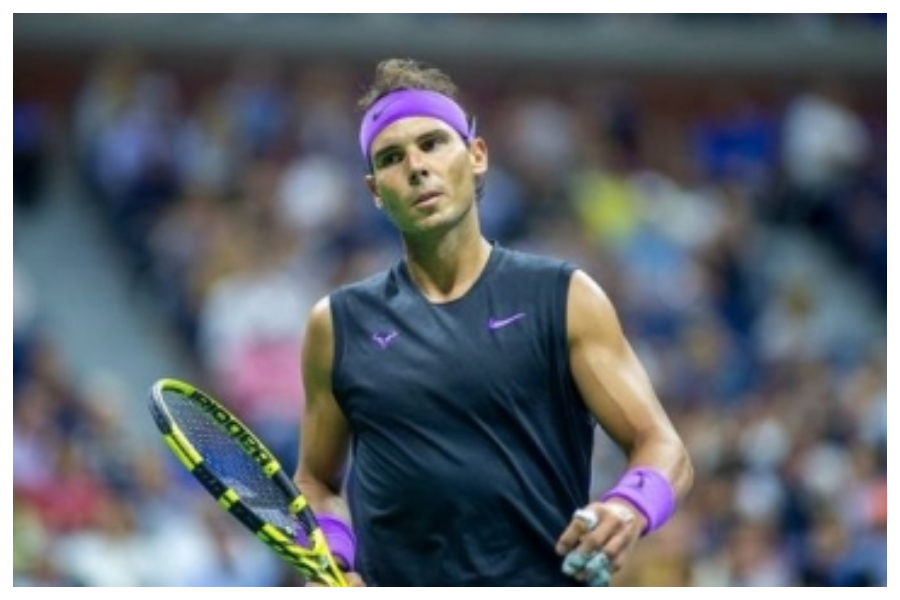 Spanish tennis stalwart Rafael Nadal began his quest for a 21st Grand Slam — and his second Australian Open title in 13 years — dismissing world No. 66 Marcos Giron of the US 6-1, 6-4, 6-2 to advance to the second round at Melbourne Park on Monday.

Enjoying a trouble-free opening round, the 2009 Australian Open champion seemed to have recovered fully from the left-foot injury which had forced the 35-year-old to miss the Wimbledon, the Tokyo Olympics and the US Open last year.

The Spaniard has improved to 4-0 for the year, having won his 89th title at the Melbourne Summer Set in week one. The winner of a record 13 title at Roland Garros, Nadal dropped just eight points on his first serve and slammed 34 winners, including seven aces in his opening-round win.

“It’s been a very challenging few months… tough moments with a lot of doubts– there still are doubts (about the foot injury having healed completely),” Nadal said after the match. “But I am here and I can’t be happier to be back in Australia in this amazing stadium,” he was quoted as saying by atptour.com.

“You never know when you come back from injury, which unfortunately I have a lot of experience with, how things will be, so you have to take it day by day. You have to forgive yourself if things aren’t going the proper way.”

Nadal is also attempting to become just the second man after Serbian world No. 1 Novak Djokovic to win all four majors at least twice. He is also trying to become the third man in the Open Era to win the Australian Open after turning 35 after Swiss master Roger Federer and Australian great Ken Rosewall.

Next up for the 20-time Grand Slam champion is the winner of Adelaide International 2 champion Thanasi Kokkinakis of Australia and Germany’s Yannick Hanfmann. 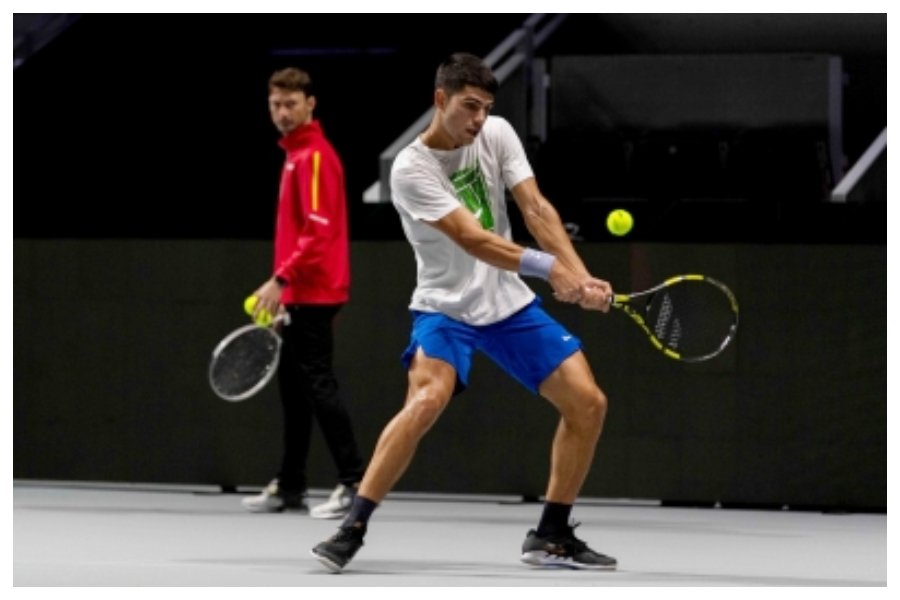 Spanish teenager and last year’s US Open quarterfinalist Carlos Alcaraz lived up to his status as a first-time Grand Slam seed as the world No. 31 scored a 6-2, 6-2, 6-3 win over Chilean qualifier Alejando Tabilo on Day One of the Australian Open here on Monday.

The 18-year-old Alcaraz’s first serves proved too much for the 24-year-old Tabilo, who was making his second Grand Slam main-draw appearance, as the Spaniard put his game on full display after an offseason spent on improving his skills.

With Alcaraz at No. 31 and Tabilo at No. 135, it was never going to be an easy job for the latter and the gap in the rankings showed as the Spaniard advanced comfortably after the pair traded early breaks.

Alcaraz went on a six-game winning streak to wrestle away control. The Spaniard built his opening-round game on intense aggression from the baseline, but he also deftly mixed well-placed returns in building the lead.

Alcaraz faced just one break point in the match, while breaking seven times in 16 chances of his own.

“I’m starting to get more comfortable on hard court than on clay courts,” said Alcaraz. “I think the most tournaments of the year are on hard court, so you have to be ready.”

Alcaraz enters the new year on the heels of a breakout year that also saw him reach the US Open quarterfinals, win his first ATP title (Umag) and break into the ATP’s top-40 for the first time. Alcaraz had started the 2021 season inside the top-150.

This season, his goals include reaching the top-15 and playing in the Nitto ATP Finals.

“It’s a really good goal for me, but so difficult as well,” he said.

With the top quarter of the Australian Open draw now missing world No. 1 Novak Djokovic, Alcaraz will take on Dusan Lajovic of Serbia, who defeated Marton Fucsovics of Hungary 6-3, 4-6, 6-1, 6-7(6), 6-1. One step further, No. 7 seed from Italy Matteo Berrettini looms as a potential third-round opponent.

Less than a fortnight after helping Canada win the ATP Cup, Denis Shapovalov survived a first-round matchup against Croatia’s Laslo Djere. After being two points away from a fifth set, the Canadian advanced in four, 7-6(3), 6-4, 3-6, 7-6(3). Djere had an opportunity to serve for both the first and fourth sets, but each time the No. 14 Canadian seed denied him.

“I felt like the fourth set was slipping away from me after that set point,” Shapovalov said in his on-court interview. “But I’m very happy with the outcome.

“He did a great dob to come back from two sets to none,” Shapovalov was quoted as saying by atptour.com. “He changed his tactics, tried to go for it more and was very tricky.”