Samajwadi party MP Ramgopal Yadav and Congress leader Anand Sharma on Tuesday raised the issue of suicides due to unemployment in the Rajya Sabha.

Yadav demanded that Rs 15,000 per month be provided to the people who have lost jobs.

Supporting Yadav’s demand, Congress MP Anand Sharma said the Centre should look into the matter and provide financial support to such people.

The Congress has already slammed the government for having no data on deaths of migrants during the lockdown.

The Congress last week took up the Asian Development Bank (ADB) and International Labour Organisation (ILO) report, which has estimated that the unemployment rate in the country is likely to be at 32.5 per cent in case the spread of coronavirus is contained within six months of the start of rigorous containment measures. Further, the report titled “Tackling the COVID-19 Youth Employment Crisis in Asia and the Pacific,” said that the youth unemployment rate would have stood at 29.5 per cent in case containment was achieved in three months. The rate in 2019 stood at 23.3 per cent.

While the government claimed that under the MGNREGA scheme, an average of 3.42 crore people have been offered daily work across the country in June, which is 83.87 per cent higher than the corresponding period last year.

According to statistics from the Union Rural Development Ministry, an average of 2.51 crore people got work under MGNREGA in May, which is 73 per cent higher than the average figure of 1.45 crore in the corresponding period last year. Therefore, in May employment under the scheme increased by 73.1 per cent, said the ministry.

Two days after announcing to launch his own political outfit to serve the interests of the people, two-time Punjab Chief Minister Amarinder Singh on Thursday slammed AICC general secretary Harish Rawat, saying the party has damaged its own interests by not trusting him and giving the party into the hands of an ‘unstable person’ like Navjot Sidhu.

“Your apprehension is that I’ll damage @INCIndia interests in Punjab…. Fact is @harishrawatcmuk ji, the party has damaged its own interests by not trusting me and giving @INCPunjab into the hands of an unstable person like @sherryontopp who’s only loyal to himself: capt_amarinder,” media advisor Raveen Thukral quoting Amarinder Singh as saying in a tweet.

In a series of tweets, Amarinder Singh asked Rawat, who is Punjab affairs in-charge, “Today you’re accusing me of helping my rival @Akali_Dal for 4 and a half years @harishrawatcmuk ji. Is that why you think I’ve been fighting court cases against them for the last 10 years? And why I’ve won @INCIndia all elections in Punjab since 2017?”

Asking Rawat to stop talking about secularism, the former Chief Minister said, “Don’t forget @INCIndia took in @sherryontopp after he was with @BJP4India for 14 years. And where did Nana Patole and Revnath Reddy come from if not RSS? And Pargat Singh was with @Akali_Dal for 4 years!”

Amarinder Singh further asked Rawat, “And what are you doing with @ShivsenaComms in Maharashtra? Or are you saying @harishrawatcmuk Ji that it’s ok to join forces with so-called communal parties as long as it suits @INCIndia purpose.

“What’s this if not sheer political opportunism?” he asked.

The former Chief Minister’s reaction came a day after Rawat said Amarinder’s announcement of floating a new party will not hurt the Congress in Punjab.

It will actually divide the votes of Congress’ rivals in the state, Rawat said, adding, “Our votes will depend on the performance of the Charanjit Singh Channi government. The way Channi has started, it has created a good impression before Punjab and the entire nation.”

“The Architect of 3 Black Laws… Who brought Ambani to Punjab’s Kisani… Who destroyed Punjab’s Farmers, Small traders and Labour for benefiting 1-2 Big Corporates!!” Sidhu said in a tweet with photos of the former Chief Minister meeting Union Home Minister Amit Shah and others. 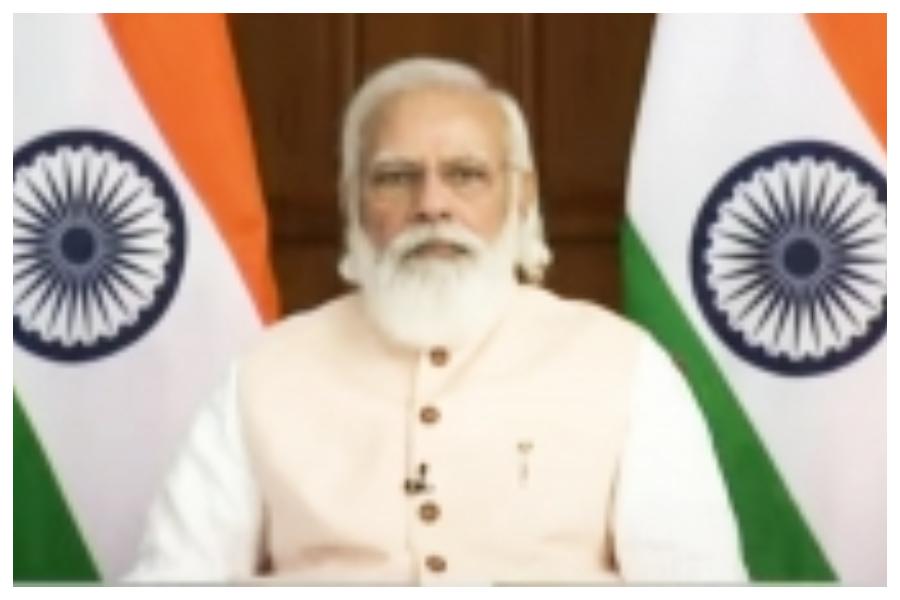 Prime Minister Narendra Modi on Thursday said that the 100 crore vaccination milestone belongs to India and its citizens.

Modi also inaugurated the Infosys Foundation Vishram Sadan at the National Cancer Institute in the Jhajjar (Haryana) campus of AIIMS New Delhi through a video conference on Thursday.

This Vishram Sadan, built in the National Cancer Institute, will reduce the worries of patients and their relatives, he said.

The Prime Minister praised Infosys Foundation for constructing the building of Vishram Sadan and AIIMS Jhajjar for providing the land, electricity and water. He expressed his gratitude to the AIIMS management and Sudha Murthy’s team for this service.

He said when the patient gets free treatment under the Ayushman Bharat scheme, an act of service is accomplished. It is this service motive that has made the government take steps to reduce the prices of about 400 cancer medicines, the Prime Minister said.

AIMIM President Asaduddin Owaisi on Tuesday slammed the Narendra Modi government for allowing the Indian cricket team to play a T20 match with Pakistan at a time when “our soldiers are being killed in Kashmir”.

India is scheduled to play the first match of T20 World Cup against Pakistan in Dubai on October 24.

Addressing a public meeting on the eve of Eid Milad-un-Nabi at AIMIM headquarters Darussalam, he said: “Pakistan is playing T20 with Indian lives in Kashmir. How can we play a match against them amid regular terror attacks there?”

He recalled how Prime Minister Modi had criticised then Prime Minister Manmohan Singh “for sharing biryani with the Pakistan PM when Indian jawans were being killed on the borders”.

Owaisi also alleged that the targetted killings in Kashmir were a result of lack of policy of terrorism by the Modi government, and questioned the government’s claim that problems in Kashmir have ended with the repeal of Article 370.

Referring to the death of labourers from Bihar in Kashmir, he wondered what the intelligence agencies and Home Minister Amit Shah were doing.

The AIMIM leader also lashed out at PM Modi for his silence on petrol and diesel prices.

“He is silent on skyrocketing fuel prices. The cost of petrol and diesel have hit the century mark, yet he has not commented on it.”

Owaisi also questioned the Prime Minister on his silence over Chinese Army entering and occupying the Indian territory. “Why is he afraid of even taking the name of China,” he asked.

The AIMIM also voiced concern over the situation faced by Muslims in the country.

Quoting a 27-year-old lawyer to describe the current situation, he said: “A Muslim is living under the threat of someone attacking his shop or a mob lynching him. He feels helpless. They (the government) have criminalised triple talaq, they have criminalised religious conversions and they are trying to bring Citizenship Amendment Act (CAA) through backdoor. If I protest, they book me under UAPA or NSA.”

At the press meet, he also discussed how there are lack of opportunities and no inter-mobility among Muslims. According to him, because of Hindutva, his Hindu friends and business partners have distanced themselves from him.

Owaisi, however, advised Muslims not to lose hope. He said they should keep their spirits up and face the situation with courage.

He also urged the youth to self-introspect and keep themselves away from all societal evils by offering prayers, building character, desisting from taking dowry and helping the poor and needy, irrespective of their community.