The sacking of senior Congress leader Sachin Pilot as Rajasthan’s Deputy Chief Minister and state unit chief has brought to the fore the fighting spirit and rebellious streak he has inherited from his late father Rajesh Pilot who had also dared the party leadership in his political life.

Sachin, who was sacked as Deputy Chief Minister and state unit chief post, in a single line targeted the party and said, “Truth can be troubled but cannot be defeated.” Sachin, who entered politics in 2004 and served twice as a Lok Sabha Member of Parliament and was also a minister in the Congress-led UPA 2 government, seems to have followed in the footsteps of his father.

He was one of the youngest MPs in 2004 and became Union minister at the age of 31. After losing in 2014 Lok Sabha polls, Sachin was made the Rajasthan Congress chief. His father Rajesh Pilot became a Union minister at an age of 40 after two Lok Sabha election victories. In early 1990s, Rajesh Pilot openly dared Congress veterans like Arjun Singh, SB Chavan and others and asserted that if he had been in charge, the Babri Masjid debacle would never have taken place in Uttar Pradesh. Rajesh Pilot was also among the leaders who challenged then Congress chief P.V. Narasimha Rao.

Similarly, a soft spoken Sachin brought the Congress back to power in Rajasthan in 2018 and he was hailed as the architect of the victory. But he remained adamant on his stance despite Congress leaders like Priyanka Gandhi Vadra, P. Chidambaram and many others who tried to persuade him to return to Jaipur and attend the Congress Legislature Party (CLP) meeting.

Following the sacking of Sachin, many party leaders sided with him. Former Union minister and senior party leader, Jitin Prasada tweeted, “Sachin Pilot is not just a collegues but my friend. No one can take away the fact that all these years he has worked with dedication for the party. Sincerely hope the situation can still be salvaged. Sad it has come to this..”

Priya Dutt, daughter of late Congress leader and Bollywood actor Sunil Dutt also took to Twitter and wrote, “Another friend leaves the party both Sachin and Jyotiraditya (Scindia) were colleagues and good friends unfortunately our party has lost two stalwart young leaders with great potential. I don’t believe being ambitious is wrong. They have worked hard through the most difficult times.”

Former Union minister and senior Congress leader Salman Khurshid said that he was sad because the son of his dear friend Rajesh Pilot is at a vortex. “Sad to see events unfold in Rajasthan. Sad particularly because the son of my dearest late friend, Rajesh Pilot is at the vortex. We have challenges ahead that make personal ambitions and expectations insignificant. Let us rededicate our vision and energy,” Khurshid said in a tweet.

This is the second big jolt to the Congress in the last four months. Earlier in March former Union minister and Gwalior royal Jyotiraditya Scindia quit the party and joined the BJP leading to the fall of the Kamal Nath-led Congress government in Madhya Pradesh.

Karnataka Chief Minister Basavaraj Bommai will chair a high-level committee meeting with experts and senior officers on Friday afternoon in the wake of detection of the country’s first case of Omicron virus in Bengaluru.

“The meeting would discuss the measures to prevent the spread of new variants of Covid and the strategies to control it. The issue would be discussed with experts of the union government as well. Action would be taken to formulate new guidelines,” Bommai said.

Health Minister K. Sudhakar has also scheduled several meetings on Friday morning, to discuss the situation in the state, ahead of the high level meeting.

He will also holding a meeting with the Managing Director of Bharat Biotech at 12 p.m.

The officials and heads of eight government departments, nodal officers and experts are attending the meeting to discuss the new situation in the state and also to formulate regulations, precautionary measures and steps to contain the infection of the new strain. 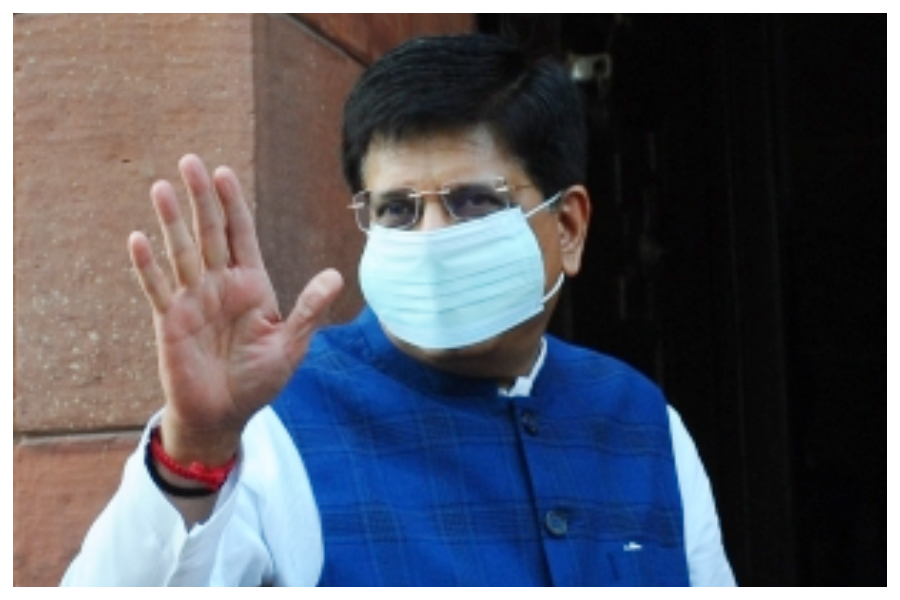 The face-off on the issue of suspension of 12 MPs continued with the opposition raising the issue in the Upper House on Friday.

Leader of the House Piyush Goyal said, “The opposition leaders are making provocative statements and have refused to apologise on the serious issue even though I have offered an apology on small issues.

“When they are not willing to apologise, how can the matter be resolved?”

Earlier, the chairman M. Venkaiah Naidu asked both the parties to resolve the issue.

The Chairman has rejected various notices of opposition leaders under rule 267. One of the notices was given by Congress MP Deepender Hooda in which he has demanded compensation for the families of those farmers who have lost their lives during the agitation since last year.

The suspended 12 MPs, who have been suspended for the entire winter session for creating ruckus in the House during the monsoon session on August 11, are sitting in protest at Gandhi statue inside the Parliament premises.

The suspended MPs are from the Congress, Trinamool Congress, CPI, CPI-M and Shiv Sena.