R Ashwin, who on Monday scored a century to become the first Indian player to score a hundred and take five wickets in an innings of a Test for a third time, earned effusive praise from former cricketers.

Ashwin took five wickets for 43 in England’s first innings on Sunday, the second day of the second Test, and followed it up with 106 on on Monday. It was his fifth Test ton.

Vinoo Mankad (vs England at Lord’s, London, in 1952) and Polly Umrigar (vs West Indies in Port of Spain in 1961-62) are the other Indians to score a century and take five wickets in an innings.

“So, for a man who allegedly picks wickets on turners according to some, gets a hundred on a turner in the 2nd innings.. Well done @ashwinravi99 .. Can bat only on turners!! (emoticons: winking face with tongue),” said former India and Tamil Nadu batsman WV Raman.

Former India Test opener Shikhar Dhawan, who opens for India in limited-overs cricket tweeted, “Chepauk applauds you, the country applauds you (emoticon: clapping hands) Ashwin, what an all round performance! @ashwinravi99.”

Former India off-spinner Harbhajan Singh, whose record for second most wickets at home by an Indian was broken by Ashwin on Sunday, tweeted, “Class 100 (emoticons: clapping hands) Simply outstanding @ashwinravi99 take a bow Man bowing deeply.. showing everyone how to bat and bowl on this track.. well done @BCCI @StarSportsIndia #INDvsENG.”

Ashwin’s former India and Tamil Nadu teammate, Dinesh Karthik, said that while the whole world is talking about the poor pitch, Ashwin has proved his class by scoring a century at No. 8.

“When the whole whole world talks about it being a bad wicket, @ashwinravi99 gets a 100 batting at 8. I hope this lessens the doubts in all the pundits head. A certain game plan and implicit trust in defence gives you a great chance of doing well in this Chennai wicket #legend,” he tweeted.

Even the opposition fans were in awe of Ashwin.

“Well Batted Ash! (emoticons: clapping hands) A wonderful innings comes to end for Ashwin as he’s bowled by Stone for 106 Cricket bat and ball.(emoticon: flag of India) all out for 286, lead by 482 runs,” Barmy Army tweeted from its official handle.

Working hard to be part of team for Olympics, says Dilpreet Singh 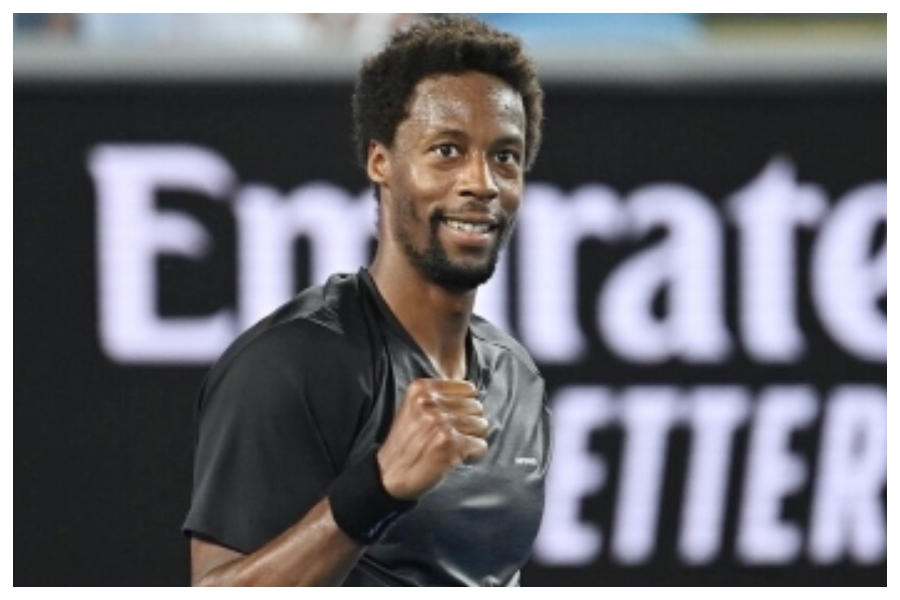 World No. 2 Daniil Medvedev of Russia fired a warning signal to the field at the Australian Open, overcoming home favourite Nick Kyrgios and a partisan Rod Laver Arena crowd to reach the third round at Melbourne Park with a hard-fought 7-6(1), 6-4, 4-6, 6-2 victory.

In a match lasting nearly three hours, Medvedev, who had lost to Kyrgios in their past two meetings, turned the tables with a rock-solid performance in a late Thursday match to set up a third-round clash with Dutchman Botic van de Zandschulp.

Van de Zandschulp advanced following the retirement of Frenchman Richard Gasquet with the score 4-6, 6-4, 4-0 in the world No. 57’s favour.

Also, Frenchman Gael Monfils’s flying start to the 2022 season continued on Friday as he won his seventh straight-set match of the season, 7-6(4), 6-1, 6-3, over Cristian Garin of Chile to advance to the fourth round.

Monfils will bid for his 10th major quarterfinal on January 23 against unseeded Serb Miomir Kecmanovic. Kecmanovic’s chances of a deep Australian Open run looked slim when he drew compatriot Djokovic in the opening round. But the 22-year-old is now flying the flag for Serbia into the middle weekend following a 6-4, 6-7(8), 6-2, 7-5 win over Lorenzo Sonego of Italy.

“I came to win this match and I am happy I managed to do it,” Medvedev was quoted as saying by atptour.com after the win over Kyrgios.

“It was a funny match because we both served big. In the second and fourth sets I managed to return a little bit more at the crucial moments. I just want to play my best, hit good shots and hopefully that will be enough to do something big.”

Kyrgios hit with varying pace as he looked to disrupt Medvedev’s rhythm from the baseline. However, the Russian had all the answers, firing 68 winners and slamming flat groundstrokes with great depth to unsettle Kyrgios.

“Against Nick, it’s a tough matchup,” Medvedev said. “I know he can serve big, and that’s already really tough. I felt like I was returning really well today and yet to break him it was really tough. But these kind of matches, first, second, third round of a slam, it’s a big challenge where if you make it, you (say), okay, if I can continue playing like this, I can go far.”

With his victory, Medvedev, who earned a straight-sets win in the first round, extended his recent strong hard-court major record. The 25-year-old went 13-1 at the Australian Open and US Open in 2021, winning his maiden Grand Slam title in New York.

The 13-time tour-level titlist reached the final in Melbourne last season where he lost to Novak Djokovic but will aim to go one step further this year.

Kyrgios, who earned wins over Medvedev in Rome and Washington in 2019, was aiming to record his first top-5 victory since 2019, when he defeated then-World No. 3 Alexander Zverev in the Acapulco final.

“I thought the atmosphere was awesome,” Kyrgios said. “That’s what sport is. You’ve got the most entertaining player playing in his home slam on Rod Laver. You’d expect the crowd to be like that. I can understand it’s a gentleman’s game, but it’s about time that people embraced some sort of different energy in this sport otherwise it will die out. It’s just that simple.

We cannot look back and think too much, says football coach Dennerby 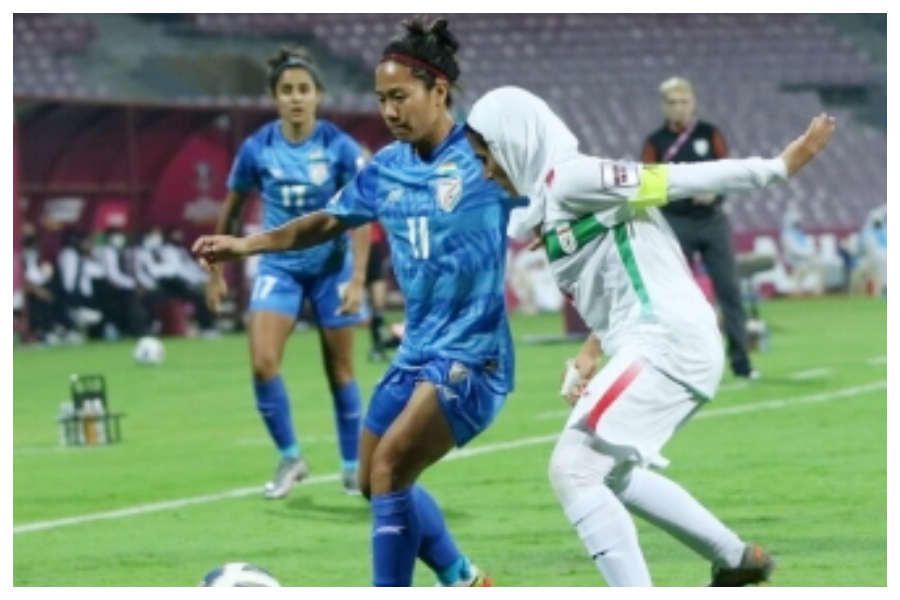 Indian women’s football team coach Thomas Dennerby said the side will have to work on its finishing and try its best to garner three full points against Chinese Taipei in the next game of the AFC Women’s Asian Cup here.

On Thursday, Dennerby was left frustrated by India’s inability to score goals in the opening match against Iran, saying, “If you are not scoring goals, you are not good enough”. India missed a bagful of chances and were held goalless by a lower-ranked Iran at the DY Patil Stadium

“This game (against Iran) is over. The result is what it is. We can never look back. Now we have to work on our finishing and go at it again in the second match against Chinese Taipei and get the three points,” Dennerby said.

“I think we have a solid defence, and defended well whenever they tried to counter-attack. A few tweaks to our attack, and we will be ready for our next opponents,” the 62-year-old said.

Group A of the AFC women’s Asian Cup is currently led by China, who have three points after defeating Chinese Taipei 4-0 at the Mumbai Football Arena, while India share the second spot with Iran, with both sides having a point apiece.

“It’s always good to come up with points in your first game; you stand a better chance of moving to the next round. We need to follow our plan, and try to get points against Taipei as well,” said Dennerby.

“The only thing we can do is to focus on the next opponents, and not the table,” Dennerby added.

“It’s not time for that (focusing on the table) yet. Chinese Taipei lost to China, but they are a good team, and we need to play well against them.”

Wing-back Dalima Chhibber, who made a number of runs and crosses from the right flank, feels the team “can do much better”.

“We had a good game against Iran, but as a team we could have been better. Now, it’s all about working on those little areas, and coming out with a stronger mindset. We must focus and get those points that will help us advance,” Dalima stated.

“The positive we take away from our first match is that we created a lot of opportunities. That gives us a lot of confidence. Now it’s all about keeping up that fire, and the desire to get the job done in our next game. Football is all about coming back with a strong mindset the next day, and that’s exactly what we aim to do,” she opined.

India will play their next game against Chinese Taipei at the DY Patil Stadium in Navi Mumbai, on January 23. 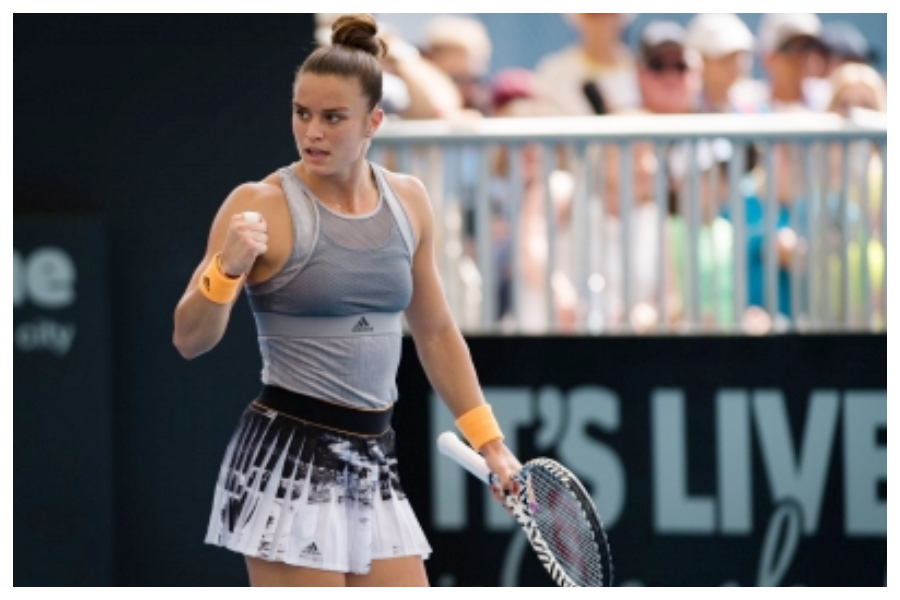 Trailing by a set and a break, Krejcikova, the 2021 French Open singles and doubles champion, showed her mettle with a 2-6, 6-4, 6-4 comeback win against Ostapenko, the 2017 French Open champion, in the third round.

Unable to find her rhythm in the first set-and-a-half due to the sustained aggression from Ostapenko’s racquet, Krejcikova trailed 6-4, 3-1 before taking the match into the decider. She broke Ostapenko in the first game of the third set and held onto the lead for the duration of the two hour, 10-minute encounter.

“I feel really proud with the way how I was able to handle the match even I was losing and I was really down,” Krejcikova told wtatennis.com after the win. “The match was very difficult. I’m really happy that I was able to find a way how to use my chances and how to win it at the end.”

Krejcikova will next face another former major-winner in No.24 seed Victoria Azarenka of Belarus, who dropped just two games in her third-round win over No.15 seed Elina Svitolina of Ukraine 6-0, 6-2.

Sakkari was back in the last-16 of the Australian Open after two years with the world No. 8 winning 11 of the last 12 games in a 6-4, 6-1 third-round victory over No.28 seed Kudermetova, booking her spot in the second week without the loss of a set.

“It has been a great start, not dropping a set, not getting too tired in my first matches, just finishing the matches in time,” Sakkari said.

Sakkari will next face American Jessica Pegula, the No.21 seed and 2021 quarterfinalist, who defeated Spain’s Nuria Parrizas-Diaz, 7-6(3), 6-2.

Spain’s Paula Badosa quashed a comeback by Marta Kostyuk of Ukraine to reach the round of 16 for the first time. Americans Madison Keys and Jessica Pegula also advanced. Badosa had to work hard to make her first career round-of-16 showing at the Australian Open. The Spaniard survived a second-set comeback by Kostyuk before eking past the Ukrainian teenager 6-2, 5-7, 6-4.