Terming Rahul Gandhi’s walkout from the parliamentary defence committee as totally justified, Punjab Chief Minister Amarinder Singh on Thursday urged the Speaker to look into the working of the committee, which he dubbed as ‘absurd’, with members discussing the type of polish to be used on buttons and shoes of the uniform instead of strategising on ways to counter the joint China-Pak threat.

“With both China and Pakistan breathing down India’s neck, the committee should have been discussing strategic security issues and the urgent requirements of our forces and not the polish they need to shine their shoes and buttons,” said Amarinder, himself an ex-Army man and defence historian with extensive knowledge and experience of security issues as well as the workings of such panels.

“People who know nothing of the defence forces are made to sit on these committees now and we expect them to protect the nation,” said Amarinder in a statement, expressing shock that political affiliations were guiding the functioning of the panel.

Politicians with no knowledge of the history and armed forces are sitting in the committee, he remarked, adding that the chairman should understand that what is done or discussed in these committee meetings is in the larger interest of the nation and he should not behave in such a petty manner.

Slamming the functioning of the present committee, the Chief Minister said he felt ashamed of the level to which it had reached.

“For God’s sake, think about our forces, think about the country,” he appealed, asserting that Rahul was right to walk out of the meeting which, rather than talking about what the forces need to combat the threat of China and Pakistan, was discussing trivial issues.

Underlining the need to raise the level of debate in these meetings, the Chief Minister said this is not the forum to discuss what Brasso is needed to polish uniform buttons and shoes, and make issues out of non-issues.

He stressed that senior army officers attend the committee meetings not to talk about petty matters but to discuss more vital subjects of national security and the concerns of the forces, who are fighting out there every day, and losing their lives.

“What are you doing for them? What are you giving them for their living, their clothing, food, arms, ammunition? This is what the committee needs to discuss,” he added.

The way Rahul and other Congress members were treated was atrocious, said Singh, citing reports that the party MP was not allowed to speak.

He recalled his own experience as a member of the committee, once when Indira Gandhi was chairperson and on another occasion when Major General BC Khanduri led the panel.

“We were allowed to speak freely,” he said, pointing out that even Indira was the defence minister and understood the needs of the armed forces. What is being done now is an attempt to end those cherished traditions, the Chief Minister lamented.

Recalling that his own former regiment was formed in 1846 and had 26 battle honours, Amarinder Singh asked “should we forget about them and the sacrifices?”. These people don’t understand what they speak and say, and don’t let others speak, he added. 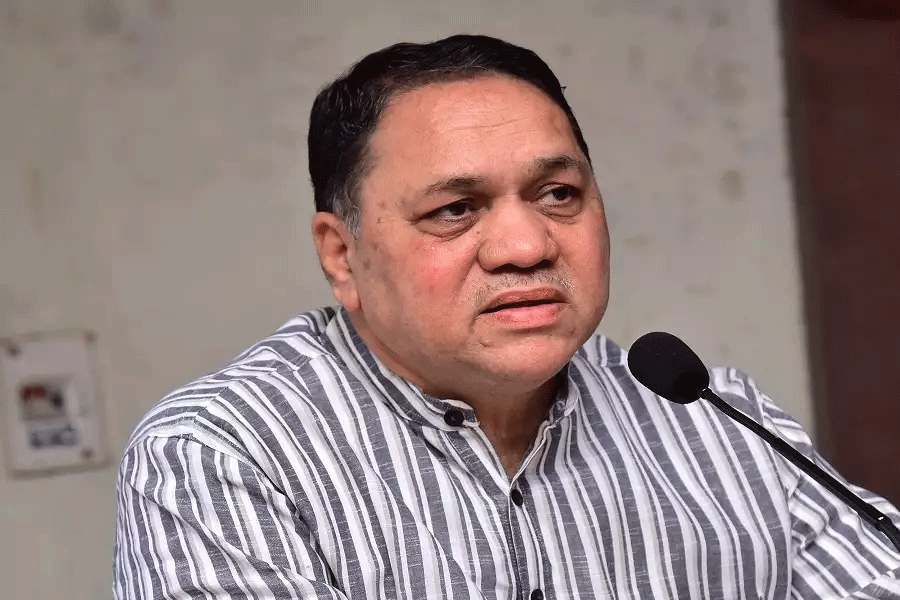 Will not form alliance with SP, says ASP chief Chandrashekhar 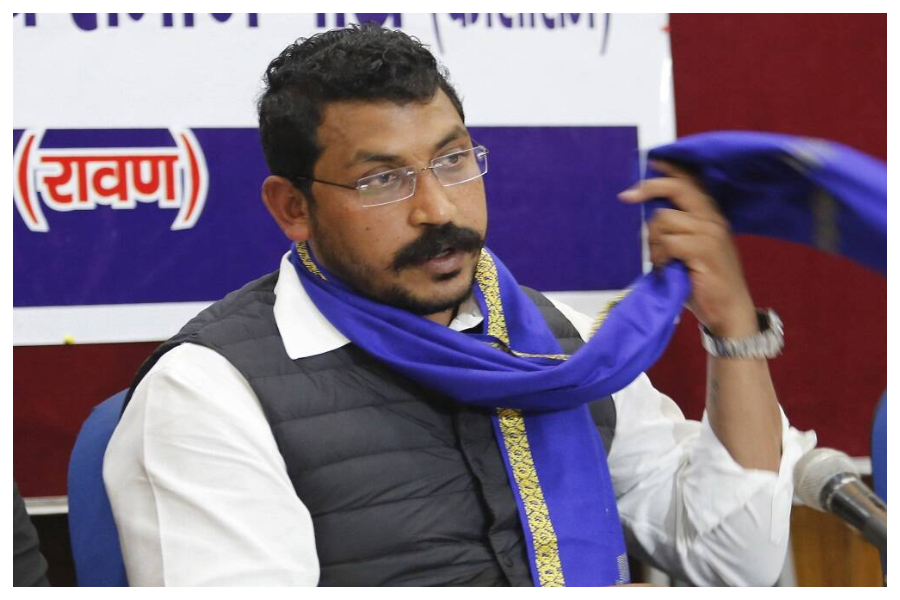 Chandrashekhar Azad, president of the Azad Samaj Party (ASP), has dubbed Samajwadi Party (SP) chief Akhilesh Yadav as ‘anti-Dalit’ and made it clear that he is not going to form an alliance with the SP in the upcoming assembly polls.

Chandrashekhar claimed that Akhilesh does not understand the meaning of social justice and accused the SP chief of humiliating him.

“Akhilesh has insulted Dalits. He only needs Dalit votes, not leaders. It has become clear from his behaviour that he is similar to the BJP,” Chandrashekhar said while interacting with the media in Lucknow on Saturday.

He also asserted that the BJP will not be allowed to come to power.

“I have had a lot of meetings with Akhilesh Yadav in the last 6 months and we also had many positive conversations, but in the end I felt that Akhilesh does not need Dalits. He does not want Dalit leaders in his alliance. He only wants Dalits to vote for him,” Chandrashekhar told reporters.

He said that all issues including reservation were discussed (with Akhilesh). “Akhilesh assured me he will respond by the evening (on the alliance issue). But he didn’t. Probably doesn’t want an alliance.”

“For nine years, I have been gathering the ‘Bahujan’ (Dalit) community. Our aim is to stop the BJP. An attempt was made to stop my press conference. My fight is not to become an MLA, but to get social justice,” Chandrashekhar added.

He added, “If Akhilesh comes to power, then it is necessary to discuss the situation ahead. Intellectuals have warned us of possible violence against Dalits. Akhilesh humiliated us after 40 days. He insulted the people of the ‘Bahujan’ community.”

Chandrashekhar said, “In the past, we were finalising things regarding the alliance. We were constantly talking to the SP and Akhilesh Yadav. From what we understood from his words, it is clear that he does not want Bahujans in the alliance. Several issues needed to be cleared.”

“The character of political parties changes after coming to power. Such examples have been seen in the previous government. In such a situation, we are determined to work for the protection of Dalit rights. The SP president remained silent on the issue of our rights.”

Chandrashekhar had met Akhilesh Yadav at the SP office on Friday. The meeting between the two leaders lasted for about an hour. 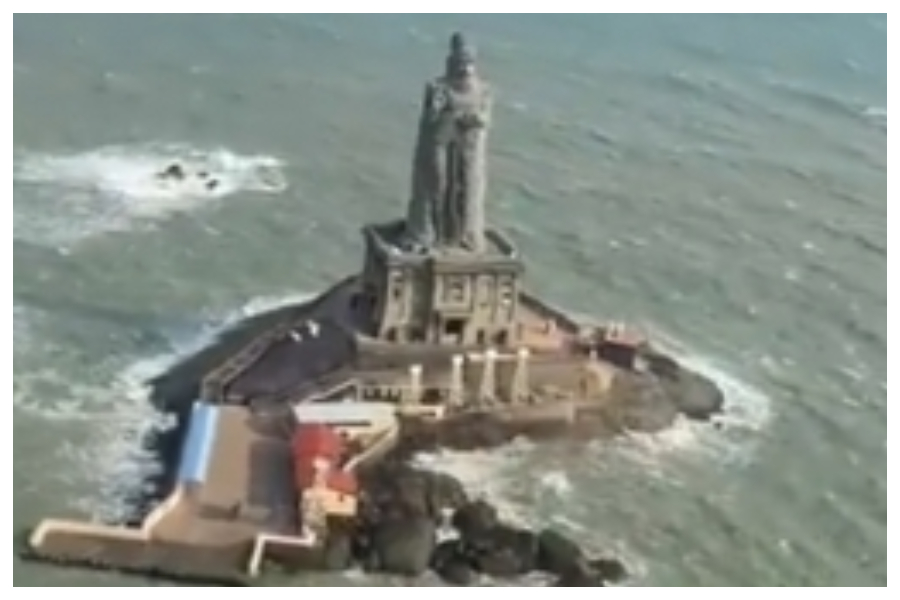 “On Thiruvalluvar Day, I pay tributes to the great Thiruvalluvar. His ideals are insightful and practical… they stand out for their diverse nature and intellectual depth. Sharing a video I took last year of the Thiruvalluvar Statue and Vivekananda Rock Memorial in Kanyakumari,” the Prime Minister said in a tweet.

Thiruvalluvar is regarded as a cultural icon. His most popular work is a collection of couplets on politics, ethics, economy, and love, called “Thirukkuaaa”.

To honour his contribution, Thiruvalluvar Day is observed either on January 15 or 16 as a part of the Pongal celebrations. While a lot is not known about the life of Thiruvalluvar, it is believed that he used to live in the town of Mylapore, which in today’s time is a neighbourhood in Chennai.