Addressing the media outside Parliament, Rahul Gandhi said, “Pegasus is classified by the Israeli State as a weapon and that weapon is supposed to be used against the terrorist. The Prime Minister (Narendra Modi) and Union Home Minister have used this weapon against the Indian State and against our institutions.”

Targeting the government, Rahul Gandhi said, “The only word for this is treason. There is no other word for this.”

“And this has to be investigated and the Home Minister has to resign,” the Congress leader demanded.

He also accused the Prime Minister of using this (Pegasus) weapon against the people of the country and also to scuttle the probe of Rafale fighter jet deal.

He said: “A judicial enquiry and SC enquiry should be ordered on Narendra Modi because no one else can authorise Pegasus. This authorisation can only be done by the Prime Minister and the Home Minister.”

The alleged snooping issue has triggered a stormy start to the Monsoon Session after a global collaborative investigative project revealed that Israeli company NSO Groups’ Pegasus spyware was targeted over 300 mobile phone numbers in India, including that of two ministers in the Narendra Modi government, three Opposition leaders, constitutional authority, several journalist and business persons.

It snowballed on Tuesday after it came to fore that in July 2019, phone numbers of Karnataka’s then Deputy Chief Minister G. Parameshwara and the personal secretaries of then Chief Minister H.D. Kumaraswamy and former Chief Minister Siddaramaiah, were selected as possible targets for surveillance.

The Congress on Monday accused the government of “treason” and held Shah responsible for the snooping and hacking of phones of journalists, judges and politicians, and demanded a probe.

BJP leader and former IT minister Ravi Shankar Prasad questioned the credentials of those behind the story as well as its timing, coming a day before Parliament’s Monsoon Session that began on Monday, as he accused the opposition party of hitting a “new low” in making baseless allegations. 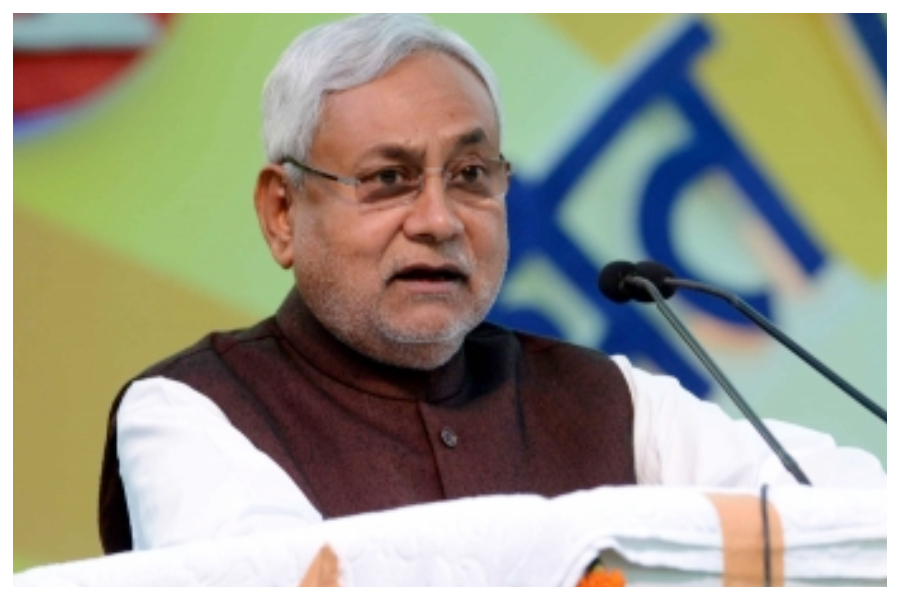 Amid hectic political activities in Patna, sources said a broad consensus on the government formation has been built, which includes retaining Nitish Kumar as the chief minister, Tejaswi Yadav the Deputy Chief Minister and Speaker from the RJD.

The promise of five lakh jobs for the youths is also one of the key points of RJD’s reunion with JD(U) .

The RJD had mooted the idea of public welfare and its manifesto had promised 10 lakh jobs.

“The first decision will be the announcement of jobs,” said an insider, who claimed that there are no differences on the power sharing arrangements.

The Congress is likely to get a ministerial berth after a formula was evolved during the discussions while the Left parties may extend their support from the outside.

Earlier, in the day, the Congress and Left parties handed over the lists of their legislators to Rashtriya Janata Dal (RJD) leader Tejashwi Yadav.

Mandan Mohan Jha, the state president of Congress said: “We will support Nitish Kumar if he leaves the BJP and forms a new government with the help of Mahagathbandhan. We have also given the list of all 19 MLAs of our party to RJD leader Tejashwi Yadav.”

Mahboob Alam, the MLA of CPI (ML) said: “We have also given the list to Tejashwi Yadav. We will uproot the BJP from power. We are giving support to Nitish Kumar for the formation of a new government. 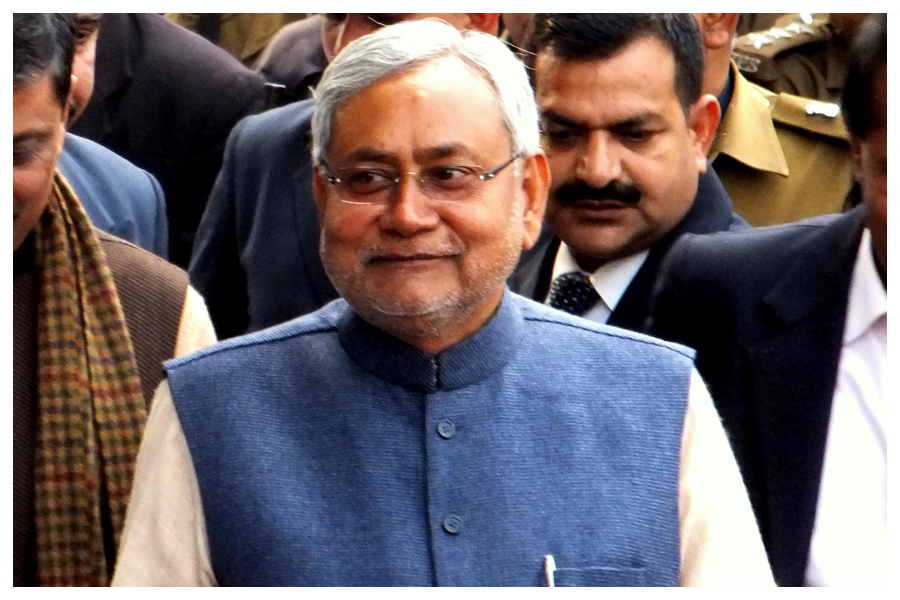 With a change expected in Bihar, the new government likely to be formed with the help of Mahagathbandhan will suit Nitish Kumar more, both in terms of numbers as well as upholding his socialist ideology, which gels with the RJD, Congress and the Left parties.

As far as the numbers are concerned, the JD(U) has 45 MLAs and it also has the support of an independent candidate Sumit Singh. LJP MLA Raj Kumar Singh also merged with the JD(U). Jitan Ram Manjhi-led Hindustani Awam Morcha (HAM) has already decided to stay with Nitish Kumar. The HAM has 4 MLAs. And, the final count of MLAs with Nitish Kumar is 51.

On the Mahagathbandhan front, the RJD had 80 MLAs but as MLA Anant Singh lost his legislation after the MLA-MLC court of Patna convicted him for 10 years jail term in AK 47, hand grenade and bullet proof jacket case, RJD was reduced to 79. Still, it is the single largest party in Bihar Assembly.

On the other hand, when Nitish Kumar was running the government under the umbrella of NDA, he was having the support of 77 MLAs of BJP apart from 4 MLAs of HAM, 46 MLAs of his own party JD(U) and one independent MLA Sumit Singh. 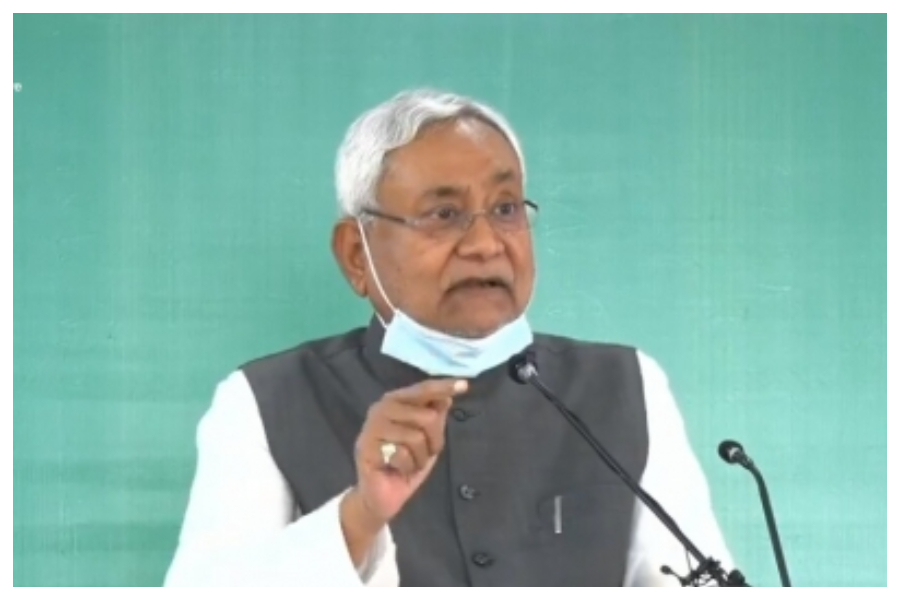 Speculation is rife about the possible split in the ruling coalition in Bihar and political realignments in the state.

If we look at the political posturing by Bihar Chief Minister Nitish Kumar in the past few weeks, fissures in the BJP – JD(U) alliance are quite evident.

The Bihar Chief Minister skipped the Niti Aayog meeting chaired by Prime Minister Narendra Modi on August 7 in a clear snub to the alliance partner.

Nitish Kumar did not participate in the meeting of all chief ministers called by Union Home Minister Amit Shah on July 27. He decided to stay away from the farewell banquet hosted by Prime Minister Narendra Modi for outgoing President Ram Nath Kovind on July 22 and the swearing-in of NDA candidate Droupadi Murmu as the President of the country on July 25.

At the same time, media reports about Nitish Kumar’s two-round meetings with RJD leader Tejashwi Yadav last week further fuelled the speculation of the two parties coming together once again and the change of government in Bihar. Notably, in 2015, JD(U) and RJD contested the Assembly elections together as part of Mahagathbandhan and formed the government under the leadership of Nitish Kumar.

In 2017, Nitish Kumar pulled out of the alliance on the plank of ‘no corruption’ and joined hands with the BJP to continue as Bihar Chief Minister.

CVoter-IndiaTracker conducted a nationwide opinion poll on behalf of IANS about the political churning going on in Bihar. During the survey, a majority of Indians opined that Nitish Kumar will break alliance with the BJP and again tie up with the RJD in Bihar.

According to the survey data, while 60 per cent believe that JD(U) will break away from the NDA and join hands with the RJD once again, 40 per cent respondents did not share the sentiment.

Interestingly, during the survey, while the majority of opposition voters – 64 per cent predicted a split in the ruling coalition in Bihar and JD(U) and RJD forging an alliance once again, the NDA voters were divided in their views with a bigger proportion replying on similar lines. As per the survey data, while 55 per cent NDA voters foresee the BJP-JD(U) alliance falling apart, 45 per cent disagreed.

During the survey, a majority of most of the social groups believe that the BJP-JD(U) alliance will fall apart in Bihar, and Nitish Kumar will once again form the government with the RJD. According to the survey data, 62 per cent Upper Caste Hindus (UCH), 62 per cent Other Backward Classes (OBC), 61 per cent Scheduled Castes (SC) and 65 per cent Muslims held this view.