Pankaj Kumar Singh was on Wednesday appointed as the new Director General (DG) of the Border Security Force (BSF). Sanjay Arora (Tamil Nadu cadre) and Balaji Srivastava (AGMUT cadre) have been appointed as the new chiefs of Indo-Tibetan Border Police (ITBP) and Bureau of Police Research and Development (BPRD).

Pankaj Kumar Singh is a 1988 batch officer of the Indian Police Service. His father Prakash Singh has also held this post about 3 decades ago.

68-year-old Pankaj Singh is a Rajasthan cadre officer and is currently working as Special DG of BSF. The BSF guards over 6,300 km on the Indian fronts along with Pakistan and Bangladesh. There are about 2.65 lakh jawans in BSF.

He will take charge on August 31 after the retirement of IPS officer and ITBP DG SS Deswal. Deswal is holding the additional charge of BSF DG after the tenure of Gujarat cadre officer Rakesh Asthana ended in July.

Singh’s father and retired IPS officer Prakash Singh has also been the Director General of the Border Security Force (BSF). He is known for many police reforms. Prakash Singh was the DG of BSF from 1993-94. He is honored with Padma Shri.

At the same time, the government has appointed 1988 batch IPS officers Sanjay Arora and Balaji Srivastava as the new chiefs of ITBP and BPRD.

Related Tags:Border Security Force
Up Next

India’s fresh Covid cases near to 50K in 24 hrs

Supreme Court calls for protecting ‘Shivling’ in Gyanvapi, no bar on namaz 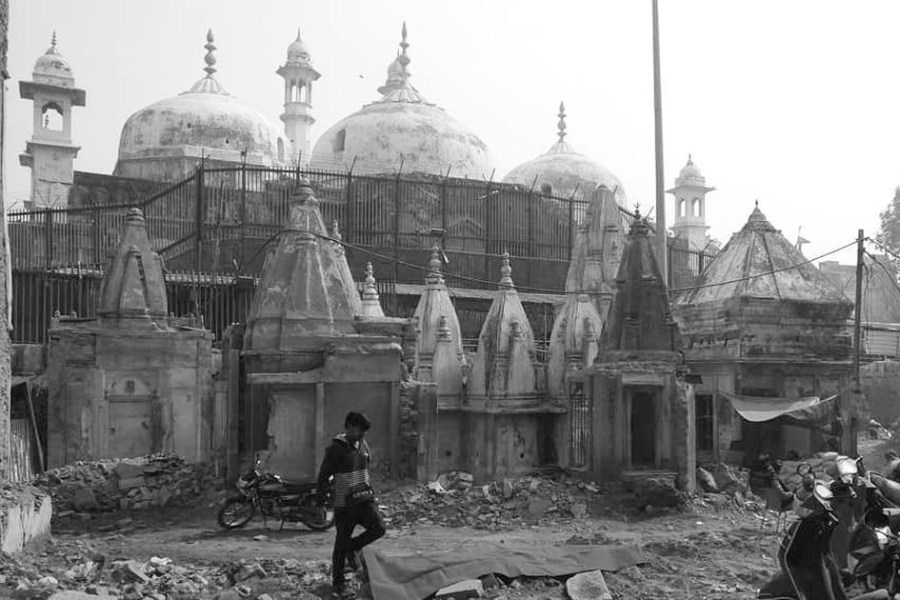 The Supreme Court on Tuesday said the area within Gyanvapi mosque where the ‘Shivling’ has been found needs to be protected, but there should be no restriction on Muslims entering the mosque to offer namaz.

A bench of Justices D.Y. Chandrachud and P.S. Narasimha issued the notice on a plea filed by the Committee of Management Anjuman Intezamia Masajid Varanasi, against the Allahabad High Court’s April order, which dismissed a petition challenging a Varanasi court’s order to appoint an advocate as a Court Commissioner to inspect the Gyanvapi Masjid complex.

The top court, which is likely to take up the matter for further hearing later this week, said that the Shivling found inside the mosque during the survey needs to be protected, but the restrictions on Muslims entering the mosque to offer namaz is not correct.

It, however, did not entertain a plea for stay of proceedings before the trial court, which was scheduled to receive the Court Commissioner’s survey report.

Senior advocate Huzefa Ahmadi, representing the petitioner, contended that the trial court was not correct in ordering sealing of ‘wuzukhana’ – a place for washing hands, feet, and face before offering prayers – where the ‘Shivling’ has been purportedly found.

Citing the Places of Worship Act, he said the status quo has been changed and the wuzukhana has been used for time immemorial.

Ahmadi sought permission for use of the wuzukhana, saying it is usage is essential before namaz.

Solicitor General Tushar Mehta, representing the Uttar Pradesh government, however, said if anyone put his foot on the ‘Shivling’ during wuzu, it would disturb law and order, and urged the top court to seal the area.

After hearing arguments, the top court ordered sealing of the area. 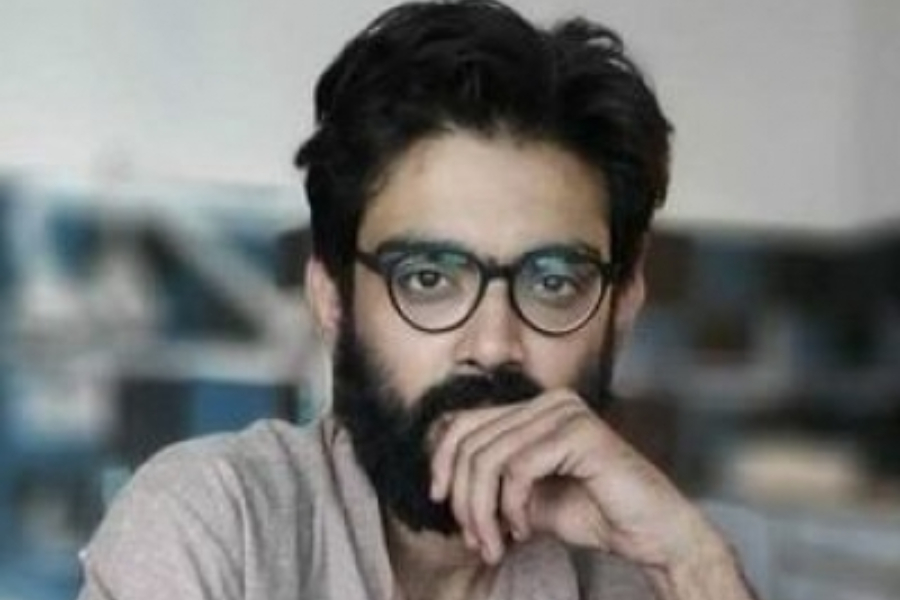 The Delhi High Court will hear on May 26, the bail plea moved by JNU scholar-activist Sharjeel Imam, who has approached the Court for relief following the historic Supreme Court verdict which put on hold the colonial-era penal provision of sedition.

He was seeking an interim bail in the alleged inflammatory speeches delivered by him at Aligarh Muslim University and in the Jamia area of Delhi during the anti-CAA agitation in 2019 and 2020.

His application seeking interim bail in the already pending plea, was posted for May 26 (Thursday) as the bench of Justices Siddharth Mridul and Rajnish Bhatnagar did not assemble on Tuesday.

In the fresh bail application, he said that since the top court has put sedition (Section 124-A of the Indian Penal Code) in abeyance, his case has improved for the grant of bail.

“The appellant has been incarcerated for nearly 28 months since January 28, 2020 whereas the maximum punishment for the offences — not including 124-A IPC– are punishable up to a maximum of 7 years of imprisonment,” the plea read.

JNU scholars and activists Imam, and Umar Khalid are among the nearly a dozen people involved in the alleged larger conspiracy case linked with the Delhi riots 2020, as per the Delhi Police.

Imam and Khalid are facing charges in connection with the inflammatory speeches which are allegedly fuelled, as per the police. The riots broke out in the national capital in February 2020 as clashes between the anti-CAA (Citizenship Amendment Act) and pro-CAA protesters took a violent turn.

The mayhem, which coincided with the then US President Donald Trump’s maiden trip to India, saw more than 50 people lose their lives and over 700 were injured. 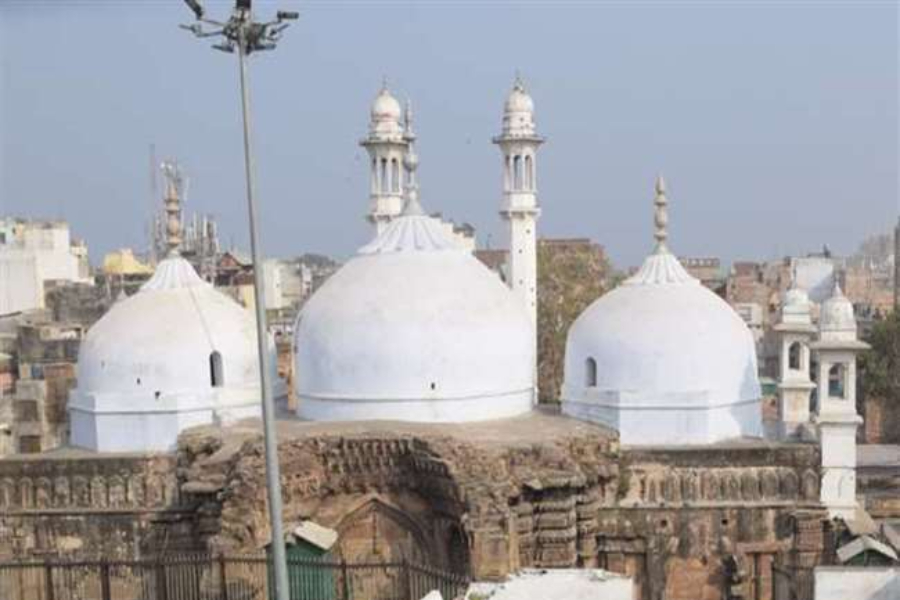 The Varanasi court, hearing the Gyanvapi mosque survey matter, on Tuesday removed Ajay Mishra from the post of Advocate Commissioner, reportedly for leaking information about the video survey to the media.

Vishal Singh has been elevated to the post of Advocate Commissioner.

Meanwhile, the court has granted two days’ time to the advocate commissioner to file the report on the video survey.

In a related development, the Hindu petitioners have filed a new petition in a Varanasi court, seeking demolition of a wall located between the ‘Nandi’ statue and the ‘Shivling’ that they claim to have found during the video survey.

The petitioners said that a wall and debris surrounding the ‘shivling’ should be demolished and a fresh survey should be held to verify the facts. The wall is located on the eastern side of the mosque.

The court has admitted the petition for hearing.