Former Indian captain Kapil Dev thinks that there is no need to remove India’s head coach Ravi Shastri if he is doing the job well.

Shastri is with the Test team for the five Tests against England, while Rahul Dravid is at the helm in the white-ball tour to Sri Lanka. Shastri’s contract ends after the T20 World Cup in October-November.

“I don’t think there is any need to speak about it. Let this Sri Lanka series get over. We’ll get to know the kind of performance our team has dished out. If you’re trying to shape a new coach, there’s nothing wrong with it.

“Then again, if Ravi Shastri continues to do a good job, there’s no reason to remove him either. Only time will tell. Before that, I think it will put unnecessary pressure on our coaches and players,” Kapil told ABP News.

On India fielding two different teams in different formats, the 1983 World Cup-winning captain said that a lot of youngsters stand to benefit from such an arrangement.

“India have a big bench strength. If players get the opportunity and India can assemble two teams that can claim to win in both England and Sri Lanka, there is nothing better. If the youngsters get the opportunity, there’s nothing wrong with it. But it is up to the team management to decide whether they should apply such pressure on two teams simultaneously,” said Kapil.

I will be there when the IPL resumes: Shreyas Iyer 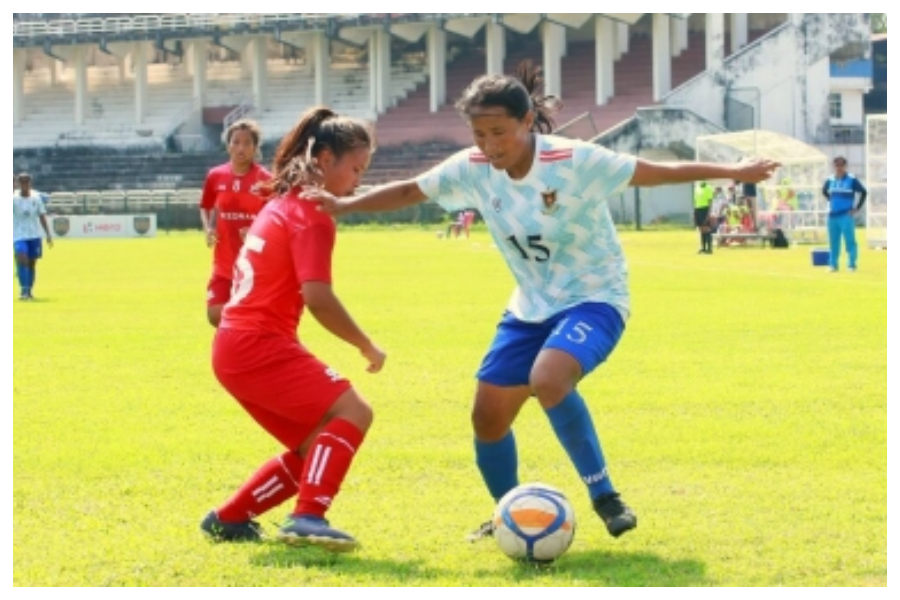 Railways beat Mizoram 6-5 on penalties after they remained locked 1-1 at the end of extra time in the first semifinals of the Women’s National Football Championship (NFC) at the EMS Corporation Stadium here on Tuesday.

After a goalless first half, Railways went ahead through Mamta on the 70th minute, but Lalnunsiami, better known as Siami, pulled one back in injury time to take the match into extra time. With the scores level after 120 minutes, Railways eventually snatched the win by a 6-5 margin on penalties.

Both teams started with a safety-first approach to assess the opponent’s first. In the 36th minute, Thansangi of Mizoram missed a brilliant chance from a close-range free-kick but was fouled at the end.

It was a box-to-box affair after the changeover, as both teams tried to breach the opponent’s goal more than once but eventually las’ season’s runners-up Railways took the lead midway through the second half. It was M’mta (70′) who opened the scorebook for Railways, giving them the lead. It was a beautiful run by Tara, who quickly passed the ball to Mamta as she chipped it into the goal.

Since then, it was all Railways as they launched attack after attack, penetrating the opponent’s defense. They dominated the exchanges and fostered goal-scoring opportunities but lack of accuracy in front of goal saw a switch in momentum.

Just when the referee was about to blow the final whistle towards the end of injury time, Mizoram made a stunning comeba’k via Siami’s solo goal which lead the match into extra time.

Both the sides tried and failed to make much headway in the 30 minutes of extra time, and the match headed into penalty shootout after 120 minutes of play.

Railways eventually emerged victorious in the shootout, after Grace Lalrampari and Vanlalhmangahzuali missed for Mizoram, while Suprava Samal was the only one to miss for Railways, thus the latter won the shootout by a 6-5 margin.

The organisers of the Pro Kabaddi League announced on Wednesday that the eighth edition of the league will be held here from December 22. It also said that the entire season will be conducted without the presence of spectators for the matches.

Mashal Sports, the organisers of the league, have scheduled triple headers on the first four days. The season will kick-start with U Mumba facing Bengaluru Bulls. The second match will be the league’s ‘Southern Derby’ as Telugu Titans lock horns with Tamil Thalaivas while UP Yoddha will be squaring off against the defending champions Bengal Warriors in the last match of the opening day.

The triple-headers will be only-Saturday affairs throughout the whole duration of the league, starting at 7:30pm, 8:30pm and 9:30pm respectively. The schedule of the first half of season 8 has come while the organisers say that the second half of the league’s schedule will come in mid-January next year.

Keeping the health and safety of players in mind amid COVID times, the organisers have converted the entire venue at Sheraton Grand Bengaluru Whitefield Hotel & Convention Centre into an integrated and secure bio-bubble.

All 12 teams will be staying and playing at the same venue in order to follow and adhering to the safety protocols set by the authorities.