Vice President of India and the Chairman of the Rajya Sabha M. Venkaiah Naidu has proposed to include fundamental duties in the education curriculum as well as displaying them in public places.

Addressing the joint sitting of Parliament to celebrate Constitution Day, Naidu stressed on creating awareness about citizens’ duties and the need to make it part of the curriculum at an appropriate level.

He also suggested that a list of fundamental duties be displayed in all the educational institutions, offices and public places across the country.

“We must reach out to the youth through appropriate campaigns,” Naidu said here in the Central Hall of Parliament.

Among other suggestions, Naidu laid special emphasis upon respecting the mother tongue.

“Mother tongue is like our eyesight. The other language is like you spectacle. If you have eyesight, the spectacle will improve it. We must protect, preserve, promote, propagate and practice our mother tongue,” Naidu said.

The Chairman of the Upper House has on many occasions encouraged members to speak in their mother tongue in the House.

“Every citizen must feel that he is part the development story,” he said.

Constitution Day is celebrated every year to commemorate the adoption of the Constitution of India which came into effect on 26 January, 1950.

Naphtha to be unloaded in 20-22 days -Pramod Sawant

President Ram Nath Kovind and Prime Minister Narendra Modi on Wednesday led the political brass of the country in greeting people of Nagaland on the state’s formation day.

President Kovind said: “Greetings to the people of Nagaland on statehood day. The rich culture and traditions of Naga tribes enrich our ‘Unity in Diversity’. I fondly recall the warmth of the people during my visit in 2017. My best wishes for a bright future of the people and the State.”

In a tweet, Prime Minister Modi said that the people of Nagaland are making rich contributions to India’s growth.

“On the special occasion of Nagaland’s Statehood Day, greetings to the wonderful people of the state. Naga culture personifies valour and humane values. The people of Nagaland are making rich contributions to India’s growth. I pray for Nagaland’s progress in the years to come,” Modi said.

Greeting people, Vice President M. Venkaiah Naidu said: “My greetings to the people of Nagaland on their state formation day. Recently, I visited Nagaland and was captivated by its pristine beauty, vibrant culture and the deep connection of its people with nature. My best wishes for the all-round growth & prosperity of #Nagaland.”

Union Home Minister Amit Shah said: “I extend my warm greetings to our sisters and brothers of Nagaland on their Statehood Day. This beautiful state is known for its rich traditions and cultural diversity. May Nagaland scale new heights of progress in the coming years.”

Wishing people of the state, Defence Minister Rajnath Singh tweeted, “Best wishes to the wonderful people of Nagaland on their Statehood Day. The state is known for its natural beauty and vibrant culture. Praying for Nagaland’s continuous growth and development.”

BJP chief J P Nadda said: “Warm greetings to the sisters and brothers of Nagaland on their Statehood Day. The state of Nagaland is blessed with immense natural beauty and unique culture. I pray for continuous development and prosperity of the people of this beautiful state.

Union Civil Aviation Minisetr Jyotiraditya Scindia said: “Warm wishes to the people of Nagaland on the State’s Foundation Day. May it continue to move rapidly on the path of prosperity and growth.”

Pongal falls on January 14. If the announcement is made, then the state will go back to an order of 2008 wherein the then Chief Minister of Tamil Nadu, late M. Karunanidhi, who is the father of the present Chief Minister M.K. Stalin, announced ‘Pongal’ as the Tamil New Year day. He had announced in the state Assembly then that the Tamil scholars were in full agreement to make ‘Pongal’ or the first day of the Tamil month of ‘Thai’ as the Tamil New Year day.

‘Kalaignar’ Karunanidhi had in 2008 also moved a legislation in the state Assembly announcing ‘Pongal’ as the Tamil New Year day.

However, after the AIADMK under J. Jayalalithaa came to power in 2011, she introduced a Bill in the state Assembly that the first day of the Tamil month ‘Chithirai’ was celebrated as the Tamil New Year day and that there was no need to change it to the first day of ‘Thai’. She moved the legislation in the state Assembly and nullified the changes made by the previous government.

However, ten years after the DMK government assumed office, it is being seriously discussed that the Stalin government would revert to the stand taken by the Karunanidhi government in 2008.

Speculations on this gained currency after the bags, that were meant to distribute gift hampers, were printed with the message of the Chief Minister stating, ‘Iniya Thamiz Puthaandu, Pongal Nallavazhthukal’ (Tamil New Year, Pongal Greetings). This has gone viral and the Civil Service department officials when contacted by IANS were tight-lipped on the same. 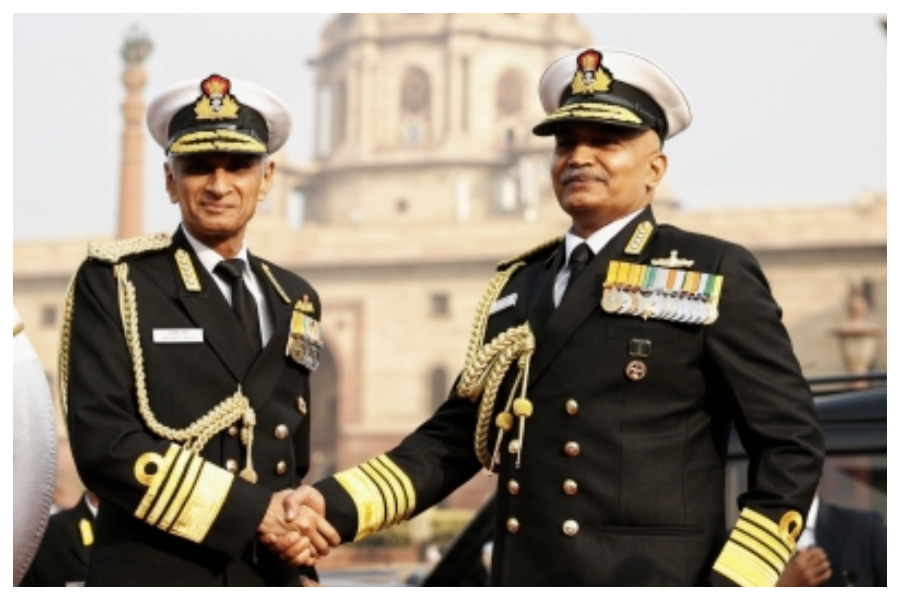 Admiral R. Hari Kumar, a Gunnery specialist and an advocate of integrated theatre commands, took over as Chief of the Naval Staff. He succeeds Admiral Karambir Singh, who retires upon superannuation, after an illustrious career, spanning over forty one years, in the Indian Navy.

Admiral Kumar is an alumnus of the prestigious National Defence Academy, Khadakwasla.

“It is a matter of great honour for me to take charge as the Chief of Naval Staff. Indian Navy’s focus is on our national maritime interests and challenges,” Admiral Kumar said as he received the Guard of Honour at the South Block in the national capital.

He was commissioned into the Indian Navy on January 1, 1983. In his career spanning over 38 years, he has commanded Coast Guard Ship C-01, IN Ships Nishank, Kora, Ranvir and the Aircraft Carrier INS Viraat.

He has also served as the Chief of Integrated Defence Staff to the Chairman Chiefs Of Staff Committee at the critical junction during the creation of the institution of Chief of Defence Staff (CDS) and Department of Military Affairs (DMA).

He was the Flag Officer Commanding-in-Chief, WNC at Mumbai, prior to taking over as the Chief of the Naval Staff on November 30, 2021.