Related Tags:bcciVVS Laxman
Up Next 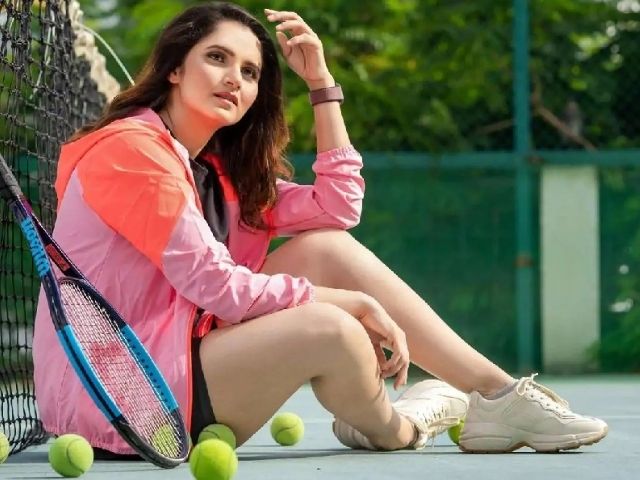 Sania and Bopanna were beaten 7-6(2), 6-2 by Brazilians Stefani and Matos, who were playing in their first-ever Grand Slam final.

In her final major, the 36-year-old Sania admitted her emotions almost boiled over after the Indians stunned third seeds and reigning Wimbledon champions Desirae Krawczyk and Neal Skupski in the semifinals. There was no holding them back after her final match at Melbourne Park, 22 years after she first teamed with Bopanna.

Interestingly, Sania claimed her first major in 2009 at Melbourne Park, when she paired up with Mahesh Bhupathi. And she ended her illustrious Grand Slam career here.

Melbourne Park has been a happy hunting ground for the Indian star. After his maiden triumph in 2009. Seven years later, in 2016, she paired up with Swiss star Martina Hingis and claimed the women’s doubles title as the top seed.

“The journey of my professional career started in Melbourne� in 2005 when I played Serena Williams in the third round as an 18-year-old,” an emotional Sania said.

“That was scarily enough 18 years ago and I’ve had the privilege to come back here again and again and win some titles here. Rod Laver Arena has really been special in my life� To play the final, obviously, we couldn’t get over the line, but there’s no better place and no better person to finish my Grand Slam career with.”

“I never thought I’d be able to play in front of my child in a Grand Slam final, so it’s truly special for me to have my four-year-old here and my parents here, Rohan’s wife here,” she added.

Bopanna was looking to add a second Grand Slam mixed doubles title after his 2017 Roland Garros victory. Despite coming up short, he paid tribute to his compatriot and friend.

“It’s truly special for me to play with Sania,” he said. “Our first mixed doubles together was when she was 14 years old and we happened to win the title.

“Today we get to play the last match here on Rod Laver Arena. Unfortunately, we couldn’t get the title, but thank you so much for your time, for Indian tennis, for inspiring each and everyone.”

Stefani and Matos are the first all-Brazilian team to win a major after ending Sania and Rohan Bopanna’s farewell appearance together in the Australian Open mixed doubles final.

“Rohan and Sania� I know how many people you’ve inspired,” Stefani said. “Like Brazil, like India, this means so much to our countries. It inspires the kids, it inspires the next generations.”

The six-time Grand Slam champion, Sania, earlier this month announced that she will retire from professional tennis after the Dubai Tennis Championships, a WTA 1000 event, which begins on February 19.

The Aam Aadmi Party has moved the Supreme Court over the repeated adjournments of mayoral polls in Delhi.

In its suit, the AAP has demanded time-bound urgent mayoral elections and has also sought the prohibition on voting by aldermen as per law.

“People of Delhi gave majority to the Aam Aadmi Party in the MCD but BJP is not allowing us to form a government in the MCD. Aam Aadmi Party has moved the Supreme Court through its Leader of the House and Mayor candidate (Shelly Oberoi). We have placed two major demands in the Supreme Court, the first is to elect the Mayor in a time-bound manner and form the government in the MCD. Second, as aldermen do not have the right to vote under Article 243R of the Constitution and Section 3 of the DMC Act, they should be prohibited from casting votes,” said AAP leader Saurabh Bhardwaj.

Noting that the BJP’s MCD tenure ended in March 2022 itself, he said that “they have no moral right to capture and illegally control the MCD for so long”.

The MCD was put under the Central government on the pretext of unification and delimitation works, he said.

“Now the people of Delhi have given a majority to the Aam Aadmi Party in the MCD and elected 134 councillors of the AAP. Despite that, the BJP is not allowing the Aam Aadmi Party government to be formed in the MCD due to its conspiracy and dirty politics. Despite many efforts, they are not allowing the election of the Mayor and the formation of the government to take place,” he said.

“The court should complete this process as soon as possible. Because the Bharatiya Janata Party and the Central Government will not allow to complete this process. The Aldermen, in principle and in law, are unelected nominees and do not have the right to vote under Article 243R of the Constitution and Section 3 of the DMC Act. But the BJP wants to get them to vote by committing hooliganism. The Supreme Court should also give strict orders in this matter to the Central Government and the administration of MCD in this regard.”

The Mayoral election was first scheduled for January 6, but the House was adjourned following scuffle between the councillors of the BJP and the AAP. Then a session was convened on January 24 to elect the Mayor and Deputy Mayor and members of the Standing Committee.

However, after all the 250 newly-elected MCD councillors and 10 nominated members (aldermen) took their oath, the House was again adjourned until the next date after a ruckus created by the councillors of AAP and BJP.

The results of the MCD elections were declared on December 7, wherein out of the 250 seats, the AAP got majority by winning 134 seats, followed by BJP (104), Congress (nine) and Independents (three).

BCCI, PCB likely to clash over calendar at ACC board meeting 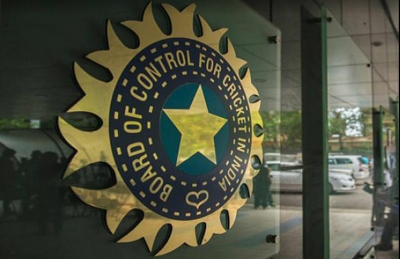 The Board of Control for Cricket in India (BCCI) and its counterpart Pakistan Cricket Board (PCB) are likely to have a fiery exchange during the Asian Cricket Council’s emergency board meeting on February 4, a report said on Monday.

According to the report, the point of contention for the two parties is BCCI secretary Jay Shah’s announcement on the ACC’s calendar for 2023, which the PCB alleges was made “unilaterally” without consulting them. Jay Shah is also president of ACC.

The PCB has sought an emergency ACC Board meeting, which PCB chairman Najam Sethi announced will take place next month, ESPNCricinfo said in a report on Monday.

“For some time there hasn’t been any ACC Board meeting and there were a lot of decisions being made and one of them we have challenged,” Sethi said in a press conference. “Now the good news is that we managed to convince them to have their Board meeting and I will be attending it.”

The point of contention between the two boards is the Asia Cup 2023 which is scheduled to be held in Pakistan in September. The event was thrown into uncertainty after Shah announced that the tournament should be moved to a neutral venue as India could not travel to Pakistan to participate.

Ramiz Raja, who was the PCB chief at that time, objected to it and said Pakistan will not travel to India for the ODI World Cup later this year.

With Sethi returning to the helm of PCB last month, he has taken up the issue and sought a meeting of the ACC Board to discuss the matter.

“We have to look at what we can do but we can’t [fight] another case, but I can say that that case wasn’t handled properly and I think we didn’t give a good fight. But eventually, even judges said that if you look through the microscope this case is in favour of Pakistan but if you see this case with a telescope this is going in India’s favour. So in nutshell, with all the nitty-gritty it’s Pakistan’s case, but then their stance was that it’s the [Indian] government which isn’t allowing us [to tour Pakistan],” Sethi was quoted as saying in the report.

The two sides are expected to discuss the matter in the February 4 meeting.