Rahul and Siraj were the chief architects of India’s 151-run victory over England at Lord’s in the second Test that ended on Monday, helping the tourists take a 1-0 lead in the five-match series.

Rahul was adjudged Player of the Match for his knock of 129 in the first innings. The 29-year-old opener, whose career-best is the eighth position attained in November 2017, has gained 19 slots to reach 37th place.
Siraj has climbed 18 places to reach 38th position. The 27-year-old pacer took four wickets in both innings of the Lord’s Test. His total haul of eight wickets for 126 runs ensured that India sealed a win in a riveting Lord’s Test.

Other gainers from the Lord’s Test include England captain Joe Root. Root’s unbeaten knock of 180 in the first innings has resulted in moving two places to be ranked second with 893 rating points, only eight less than top-ranked New Zealand captain Kane Williamson.

James Anderson moved one spot to sixth place after a five-wicket haul in the first innings. His fellow pacer Mark Wood jumped five places to be ranked 37th after taking five wickets in the match.

A thrilling first Test between West Indies and Pakistan in Kingston saw Pakistan skipper Babar Azam gain two slots to be placed sixth in batting chart after scores of 30 and 55. Faheem Ashraf and Fawad Alam also rose up to 48th and 55th places respectively.

West Indies captain Kraigg Brathwaite, who missed a first-innings century by three runs, has advanced 18 places to 45th. Jason Holder’s brilliant all-round display saw him break into the top 10 of the bowling rankings, rising to ninth place. He also gained five spots in the batting rankings, moving to 43rd.

Jayden Seales soared up 39 places to the 58th spot in the bowling charts after his eight wickets in the match earned him the Player of the Match award while Kemar Roach moved up two places to 11th. Pakistan’s Shaheen Afridi gained four spots to be placed 18th.

I am an army man and we don’t surrender: Boxer Satish Kumar

It was a perfect example of good Test cricket: Waqar Younis on Pakistan-West Indies match

In victory, Pep concedes the amount of pressure exerted by Liverpool 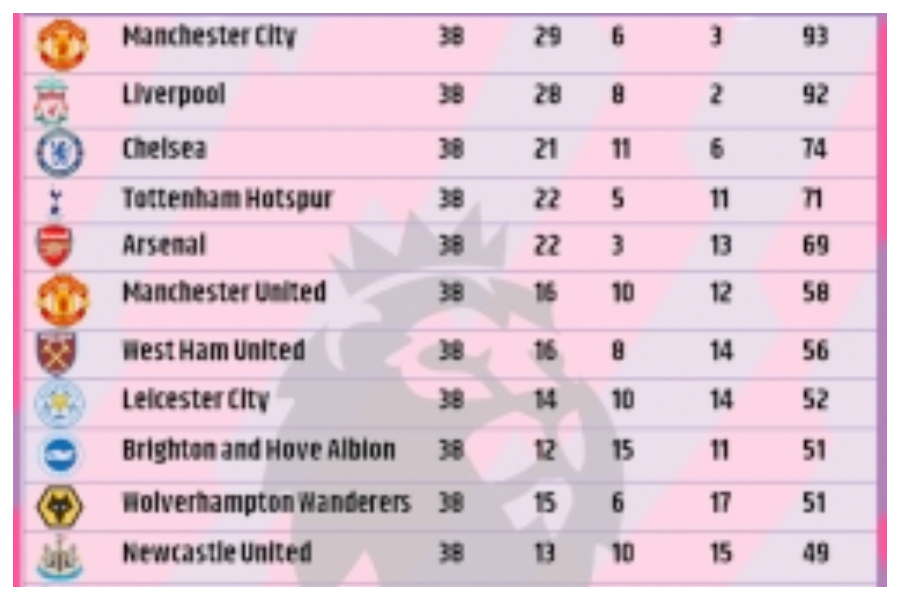 Manchester City manager Pep Guardiola conceded the amount of pressure exerted by Liverpool on the team’s Premier League hopes, saying that he had never seen a more competitive side like Jurgen Klopp’s team in his life, and that four PL titles in five years “is probably the best achievements we have done in our careers”.

City beat Liverpool to the title by just one point — Guardiola’s side had 93 points, while Liverpool had 92.

Describing the immense pressure put by Liverpool during the season, Guardiola said post-match that, “I’ve never seen a team like Liverpool in my life. I know it’s tough, but they helped us become a better team season by season.”

City now have six titles in the last 11 campaigns, with the bulk of the current squad having stuck together since Guardiola’s arrival in Manchester in 2016. The City manager insisted his players and coaches will never be forgotten.

“We are legends. When you win four in five then it’s because these guys are so special. We will be remembered. We won with 100 points, second one at Brighton, winning at home with our people is the best. Four Premier Leagues in five years is probably the best achievements we have done in our careers,” Guardiola told mancity.com.

Guardiola was in praise of his players after they rallied from 0-2 deficit to seal the win and the title.

“The last game is always special, a lot of emotions. The moment we scored the (winning) goal it changed everything. I told them it is normal, but you have to handle it. Oleks gave us a lot in the second half. We scored the goal and got the momentum and our fans did the rest.

“We want to win. I have the feeling that the rivals are tough and they will be more tough next season. Today I have no energy to think about next season. We are champions again! We will defend our crown again and again.” 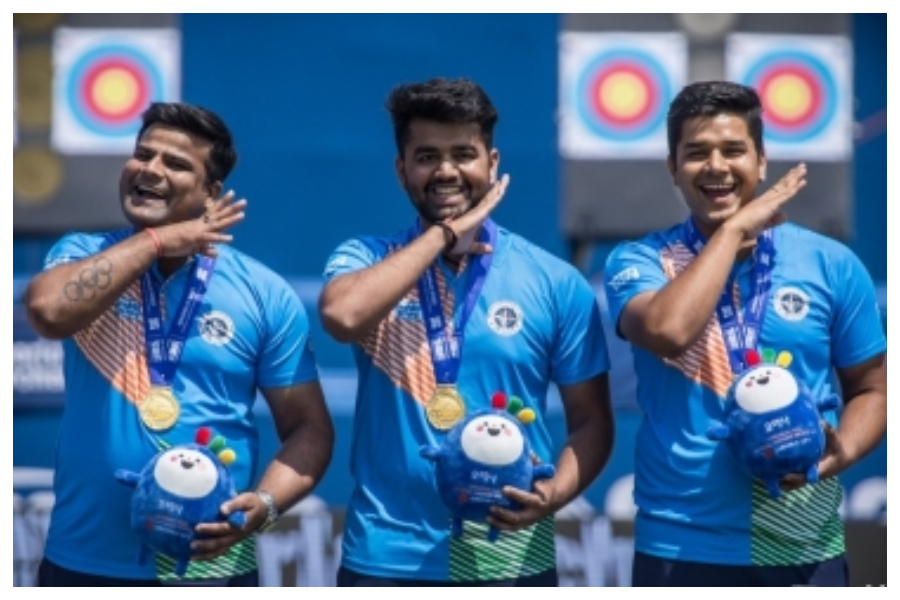 India came back from behind to outscore the French team of Quentin Baraer, Jean Phillipe Boulch and Adrien Gontier 232-230 for the gold medal.

This was the Indian trio’s second straight World Cup gold after clinching the top spot in Stage 1 in Antalya, Turkey. Interestingly, France were on the losing side then as well.

India had the opportunity to add another gold to their tally but Mohan Bhardwaj fell short in the individual men’s compound final, going down to top seed Mike Schloesser. Mohan, who was 42nd after the qualification round, lost 141-149 in the decider.

The three medals on Saturday took India’s final tally at the stage 2 of the Archery World Cup 2022 to five.

However, India’s individual recurve archers failed to get on the podium. Jayanta Talukdar was the only one to reach the top eight in the men’s recurve. 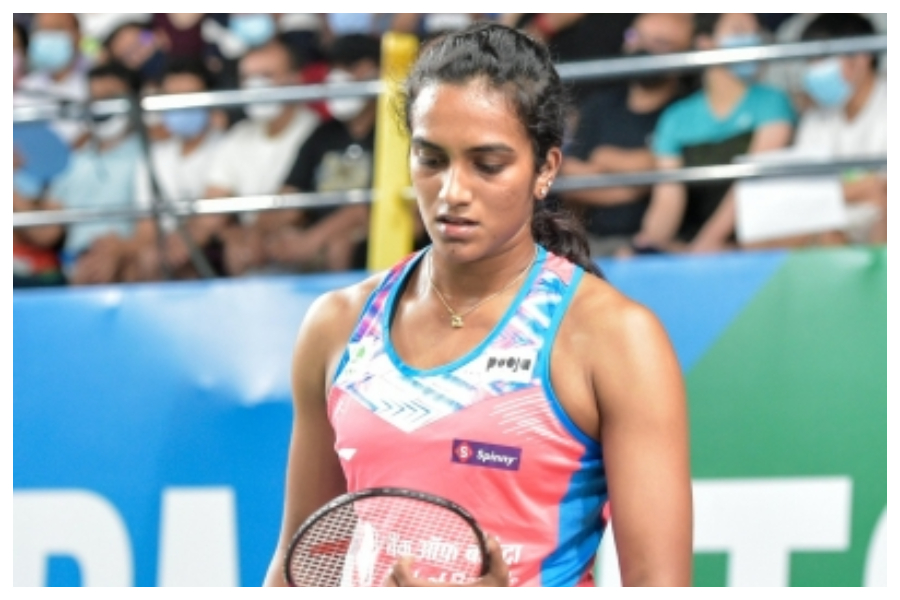 Double Olympic medallist Sindhu, who had defeated the world No 1 Akane Yamaguchi in the quarter-finals of the BWF Super 500 event on Friday, lost the final-four match 17-21, 16-21 at the Impact Arena. Heading into the match, the Indian had won six of the 10 head-to-head meetings against the Chinese shuttler.

The match got off to an edgy start with both players committing multiple unforced errors but it was Chen Yu Fei who recovered first and went on to take an 11-7 lead.

Sindhu, seventh in the badminton world rankings, tried to mount a comeback after the restart and even cut down the gap to 17-15 but the fourth-ranked Chinese player continued to trouble the Indian at the backcourt and sealed the first game.

Trying to draw back level, Sindhu raced off the blocks in the second game and took an 11-8 lead at the interval but Chen Yu Fei pegged the Indian back after the resumption of play and took a 15-12 lead of her own.

Former world champion Sindhu tried desperately to claw her way back into the match but the Chinese shuttler was clinical and wrapped the match up in 43 minutes. Chen Yu Fei will face either Tai Tzu Ying or Ratchanok Intanon in the final on Sunday.

Sindhu’s defeat brings to an end India’s campaign at the Thailand Open 2022. Saina Nehwal and H.S Prannoy crashed out from the earlier rounds while Kidambi Srikanth pulled out at the round of 16 stage.