According to the contract finalized on Monday, the 27-year-old player joined Al Arabi on a three-year contract for an undisclosed fee, reports Xinhua news agency.

Mohammadi played for Portuguese team Aves last season and is replacing his compatriot Morteza Pouraliganji at Al Arabi for next season.

He joined Aves in July 2019 and scored eight goals and provided five assists in 28 appearances for the Portuguese team. 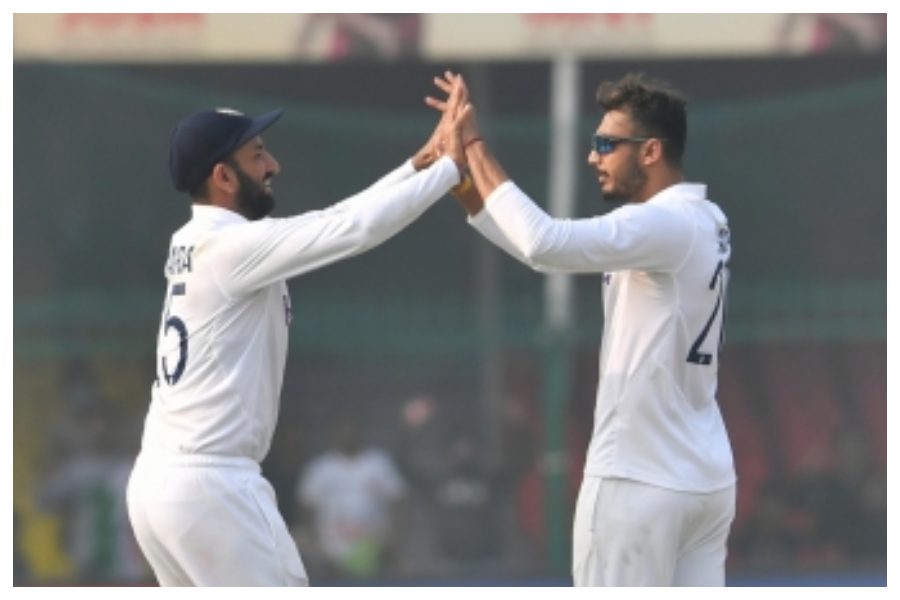 Axar Patel’s incredible run in Test cricket at home continued with him picking his fifth five-wicket haul in just seven innings as India bowled out New Zealand for 296 in the first innings. Patel’s efforts of breaking the back of New Zealand’s innings meant that India took a 49-run lead, which eventually became 63 at stumps on day three at the Green Park Stadium on Saturday despite losing Shubman Gill cheaply.

Patel was a central figure in India bouncing back from an underwhelming day two to take the upper hand on day three. The spin troika of Patel, Ravichandran Ashwin, and Ravindra Jadeja spun a web around the New Zealand batters, taking nine wickets overall.

Patel’s show began in the post-lunch session, starting with taking out Ross Taylor and Henry Nicholls in quick succession. The left-arm spinner got a length delivery to turn and take the outer edge off Taylor’s bat on forward defence to substitute keeper KS Bharat (as Wriddhiman Saha had neck stiffness). He then returned in his next over to take out Nicholls, who missed the sweep and was rapped on the back pad. Nicholls reviewed the decision but couldn’t reverse it.

Latham, who was as solid as a rock, fell five short of his 12th Test hundred in a sudden rush of blood moment in the 103rd over. The left-hander came out to defend, but the inner edge rolled to Bharat, who kept his balance to complete the stumping, giving Patel his third wicket. In the final session of the day, Patel sneaked one past Tom Blundell’s defence to hit the stumps with low bounce. He then completed his fifth five-wicket haul in Test cricket by surprising Tim Southee with an angled-in delivery, which spun past the bat to leave the stumps shattered.

It was clear that handing Patel the second new ball from the other end worked wonders for India. He used the crease well, managed his pace, and used his round-arm deliveries to good effect in extracting some purchase from a slow pitch. He also got good help from Bharat, who took two catches and effected a stumping off his bowling.

Earlier, Ashwin was the first bowler to give India the breakthrough as Will Young (89) edged an outside off delivery, which kept low, with the outer edge snapped by Bharat taking a superb low catch in the 67th over. Ashwin almost had his second wicket in the 73rd over had India taken the review. The ace off-spinner got one to turn from leg-stump and rapped Latham’s pad in front of off-stump. Later, replays showed three reds, which meant a costly miss for India.

Kane Williamson was nervy against Ashwin but came out in full flow against Jadeja, smashing him for boundaries through cover and point. After taking the new ball, India were instantly rewarded with Williamson’s wicket at the stroke of lunch, as Yadav got a length ball to nip back in and rapped the right-hander on his back pad. Williamson reviewed but replays showed the ball hitting the top of the middle stump.

Debutant Rachin Ravindra looked good while striking Ashwin for boundaries but his promising stay at the crease ended with Ravindra Jadeja bowling him through the gate as New Zealand wobbled from 214/2 to 241/6. After Patel left the visitors reeling, Kyle Jamieson showed some resistance before miscuing a slog to Patel at deep mid-wicket off Ashwin in the 139th over. Four overs later, the off-spinner had William Somerville clean bowled to wrap up New Zealand’s innings.

Starting off the second innings with a 49-run lead, India lost their first wicket as Gill was clean bowled by an incoming delivery from Kyle Jamieson hitting the top of off-stump. The dismissal also made Jamieson the fastest New Zealand pacer to reach 50 Test wickets in nine innings, breaking former spee’ster Shane Bond’s record which, he had achieved in 12 innings.

Cheteshwar Pujara got some boundaries while Mayank Agarwal was cautious in taking India to safety till stumps were called, completing a day in which India have their noses ahead of New Zealand with two days left in the match. 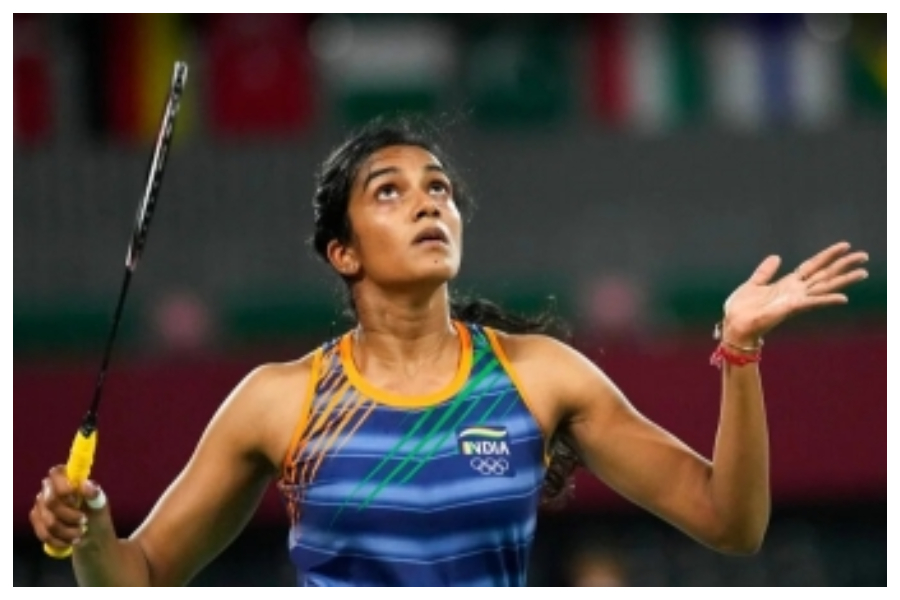 Ace Indian shuttler PV Sindhu’s campaign at the 2021 Indonesia Open came to an end after she lost to Thailand’s Ratchanok Intanon in the women’s singles semi-finals, here on Saturday.

This was the third successive semi-final loss for the 26-year-old at a BWF event after the French Open and the Indonesia Masters. It was also her third straight loss to Ratchanok Intanon.

Up against the Thai shuttler, the reigning world champion began in full tilt, racing to an 8-3 lead in quick time. Ratchanok then made a comeback in the match and kept nibbling away at Sindhu’s lead, but the Indian did enough to seal out the first game 21-15.

With her powerful smashes and clever net game, Intanon responded strongly in the second game, seized the early momentum and took an 11-7 lead at the mid-game interval. The Thai ace pressed the advantage even harder after the break and cruised to a 21-9 win.

In the decider, both shuttlers went neck-and-neck in the early exchanges, but Ratchanok eventually broke free to take an 11-5 advantage into the breather. As the match progressed, Sindhu tried hard to close the gap but the Thai shuttler matched her opponent to seal the match in 54 minutes.

The second seeded Ratchanok will now play South Korea’s An Seyoung in the final.

Sindhu last reached a final at the Swiss Open in March, where she lost to arch-rival Carolina Marin.

Meanwhile, the Indian duo Chirag Shetty-Satwiksairaj Rankireddy will be in action in the men’s doubles semi-finals, later in the day.

Warne not amused with Steve Smith’s return to leadership role 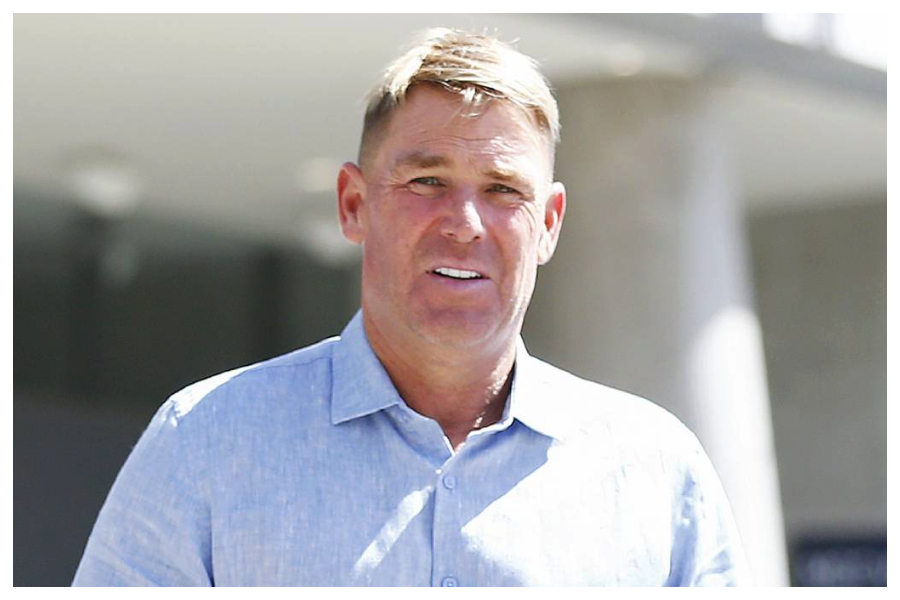 Australian spin wizard Shane Warne is not amused with the fact that while former captain Steve Smith can return to the leadership role, David Warner would remain suspended from captaining or vice-captaining his country again during his cricketing career.

Smith, who has served a one-year ban for his involvement in ball-tampering in 2018, was appointed vice-captain of the Australian Test side ahead of the Ashes series, beginning at the Gabba in Brisbane on December 8.

In the aftermath of the ball-tampering, also called ‘Sandpaper-gate’, that took place during the third Test against South Africa at Newlands in Cape Town in 2018, the then Australian skipper Smith, his deputy David Warner and team-mate Cameron Bancroft were banned for different periods of time.

In addition to a one-year suspension, a two-year leadership ban was also imposed on Smith, while Warner, who was the then vice-captain, also received a year ban, as well as a lifetime leadership ban.

Warne is not happy with the dichotomy in punishment for the same crime.

He made his displeasure known by slamming the fact while Smith could return to a leadership position Warner would remain suspended from taking up the leadership role of the Australian team.

“We all love Steve Smith and are proud that he’s the best Test batsmen in the world again,” Warne wrote in his column for the Herald Sun on Saturday. “But he should not be the Australian vice-captain.

“Everyone makes mistakes, we know that and we’ve all moved on from sandpaper-gate. But that happened under Steve Smith’s captaincy; he allowed that to happen on his watch. I think the punishment he was given was way too severe, which I said at the time. He paid a huge price for his mistake.

“But his second chance is getting to play for Australia again and in my opinion announcing him as vice-captain opens up CA (Cricket Australia) for ridicule and criticism, and they should throw the code of conduct out the window.”

Warne also said that Warner had the “the best cricket brain in the team” and demanded Marnus Labuschagne to be named vice-captain.